The most convenient and affordable method of heating is gas equipment. Most consumers living outside the city, use just such methods for space heating. For this, it is not only necessary to correctly install the boiler, but also to organize a high-quality discharge of all harmful products of combustion. To do this, you need to know how the chimney for the gas boiler is arranged. The requirements for such elements of heating are quite stringent, so their compliance is mandatory. 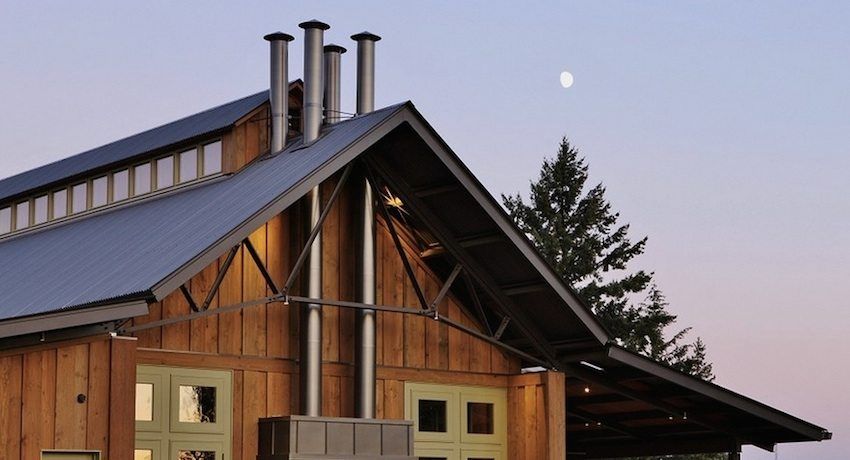 Main chimney structures and their elements

For the construction of the chimney system can be used several designs. They can be made from: 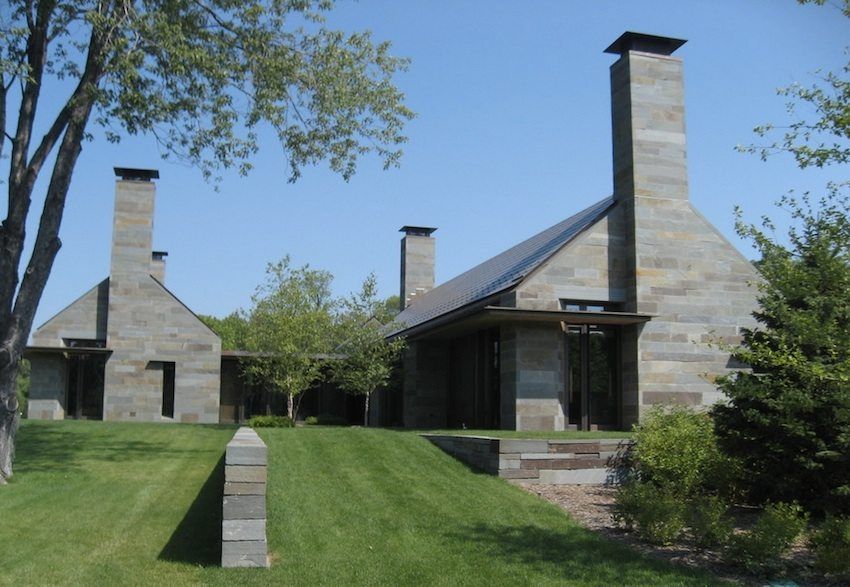 For the construction of the chimney system, a special fire-resistant brick is used. The temperature inside the finished pipe is so high that the use of ordinary red brick is not enough. It has a porous structure into which combustion products are easily absorbed along with water vapor. This process leads to the rapid destruction of the brickwork. The use of refractory materials will provide a longer life of the structure. 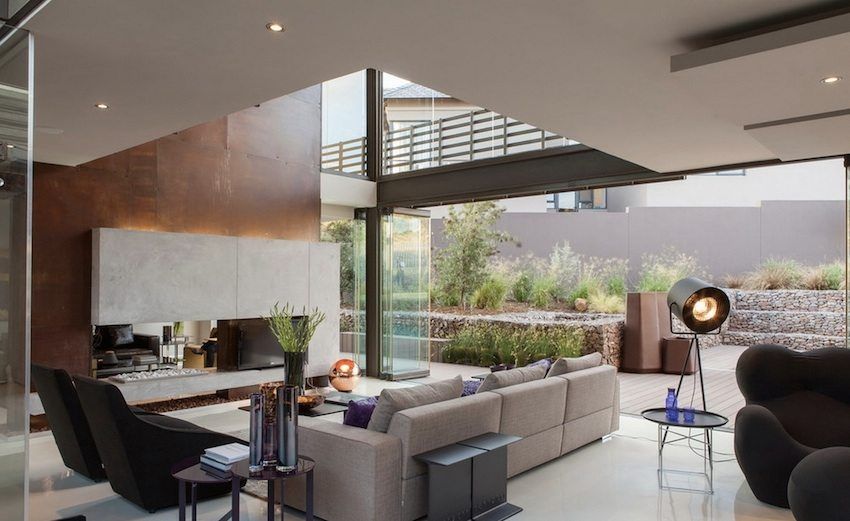 When using metal for the organization of the duct you need to think about high-quality, reliable thermal insulation. Places in contact with the roof, isolate especially carefully. It is here that the contact with the heated gases from the pipes with the wooden parts of the roof is possible, which can lead to fire and fire. 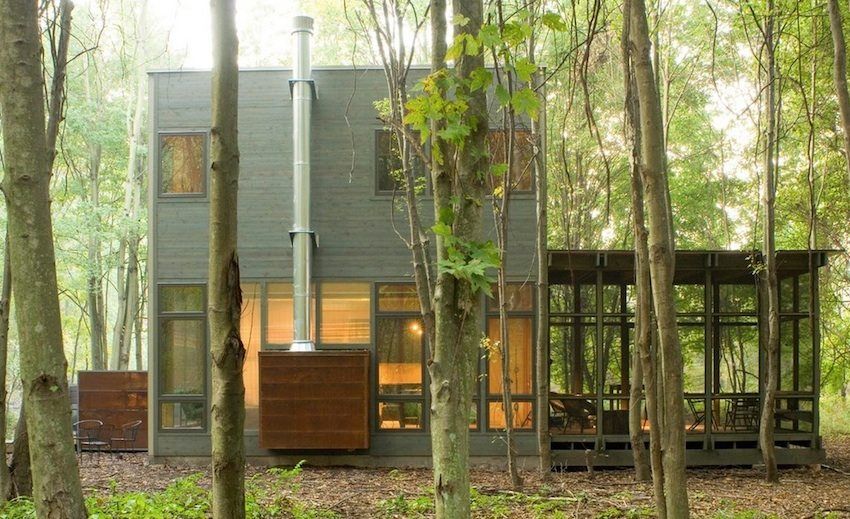 In some cases, a metal pipe is used with a brick structure. Such a system is more reliable. The inner surface of the metal pipe protects against the deposition of waste substances on the walls. In such systems, the thrust is much better, the efficiency of the boiler is maximum. 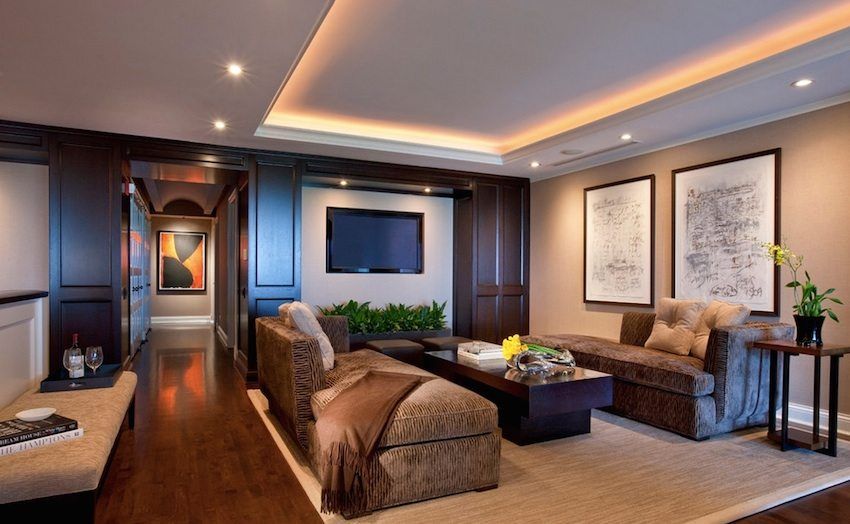 Modern developments of plastic can also serve as a chimney. They are usually used with condensing gas boilers. Plastic parts are elements of pipes made by the type of sandwich panels. They are inserted into each other, and the space obtained between them is filled with a special material with high insulating properties. 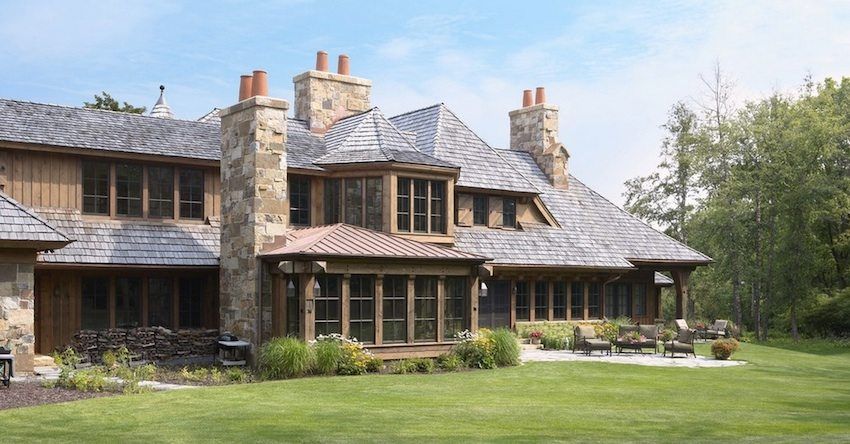 Stone wool is commonly used for insulation. The chimney system itself can be assembled in just a few hours and will have an aesthetic appearance. The advantages of such a smoke line: good resistance to damaging effects. 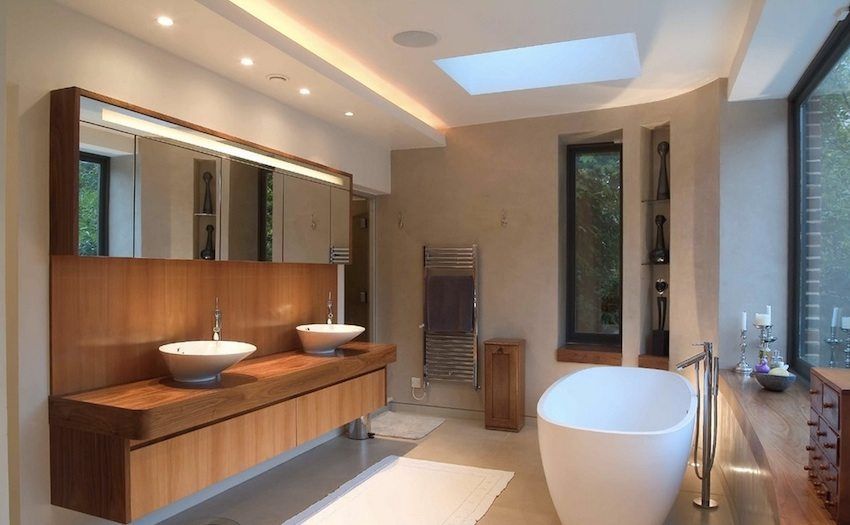 The method of arrangement of ceramics is not widespread, because such materials are already obsolete. But they have sufficient reliability and fire safety. Their installation is simple, and the cost is low. 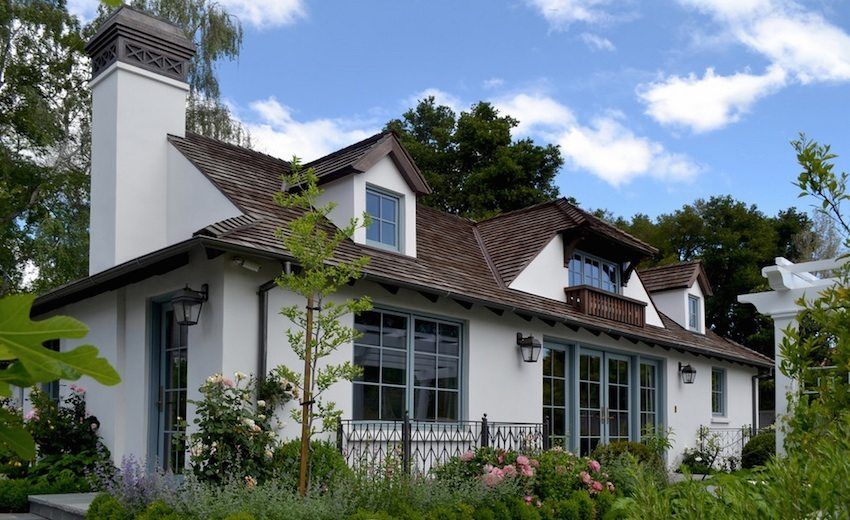 Asbestos used to be the cheapest material. However, the low strength, unaesthetic appearance also made similar arrangements for the past.

Helpful advice! To select the optimal variant for the construction of a chimney, it is necessary to know the regulated rules, all existing norms for its operation.

The chimney system can be positioned inside the heated room and outside. The internal structure is usually insulated only outside the room and in the places of its passage through the roof. The construction of such a system is a more complex process, for which special moves must be performed in the ceiling and roof elements. Maintenance of such a chimney can also cause difficulties. 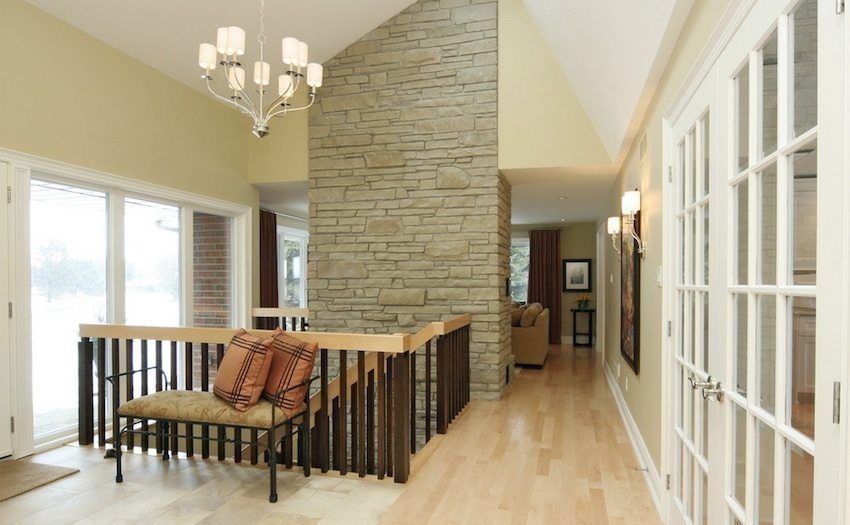 The best option is the arrangement of the smoke exhaust system by means of an extension to the house. The device of this design is much simpler, but it requires careful insulation over the entire length. The operation and maintenance of such a chimney will not cause any difficulties for its owner, while observing the requirements for chimneys of a gas boiler to achieve high efficiency of its operation. 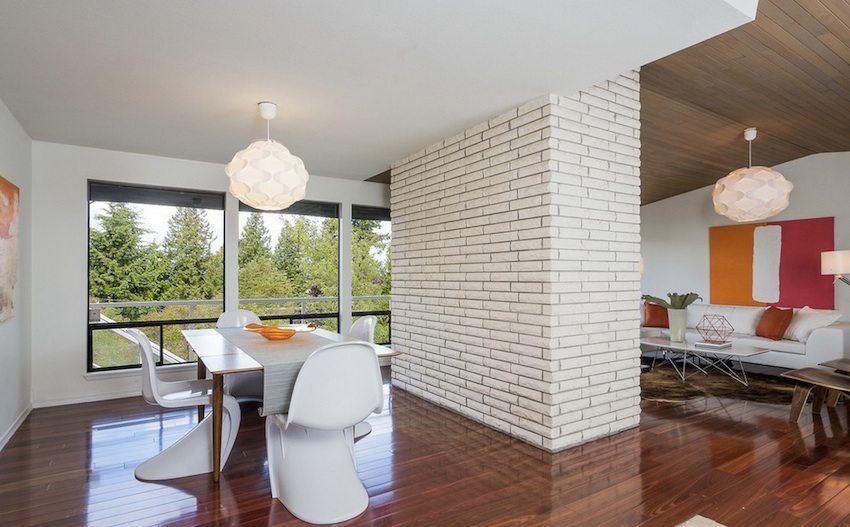 All existing options for the arrangement of the chimney system, except for the brick one, imply the presence of some mandatory elements. It is necessary to select them in accordance with the developed scheme. You will need: 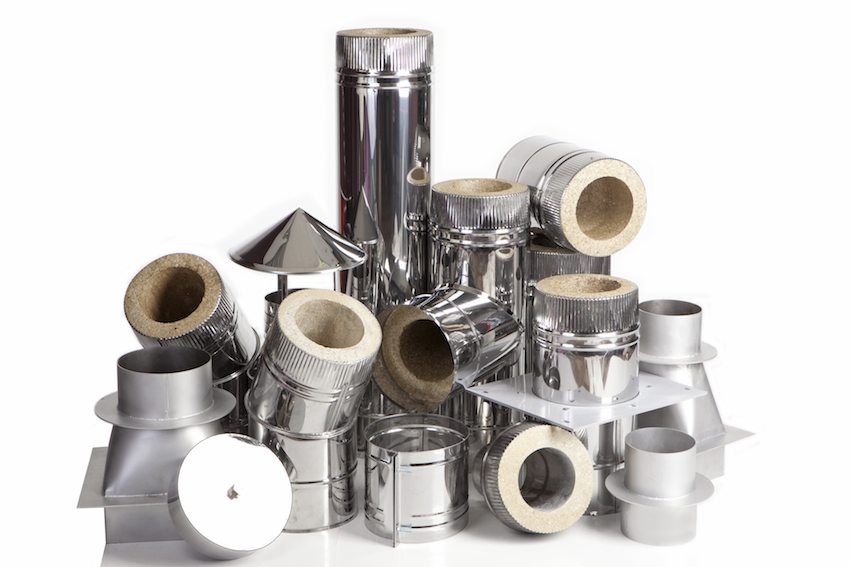 Proper installation of chimney structures must fully comply with the requirements of SNiP 2.04.05-91, all the details must be taken into account in order for safety to be at the highest level. Safety and human health may depend on the exact fulfillment of existing standards and rules. As a result of the implementation of all standards, the quality of the gas boiler will also be higher. 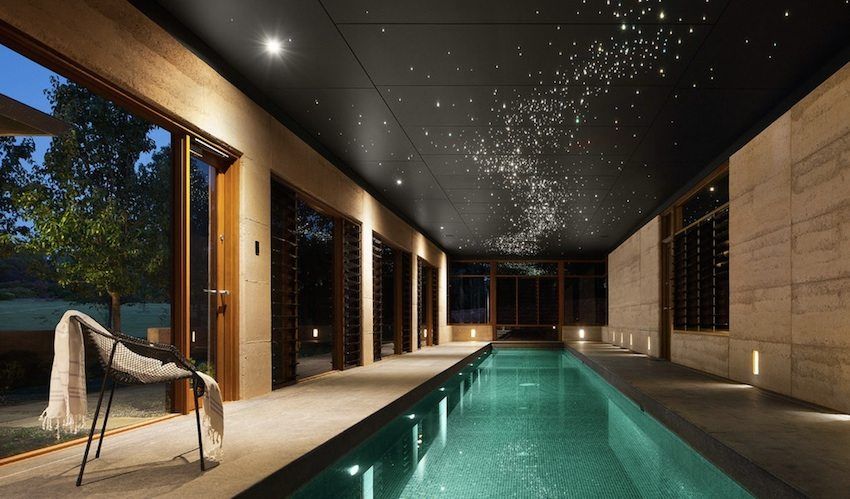 The basic requirements for a gas boiler chimney include the following points: 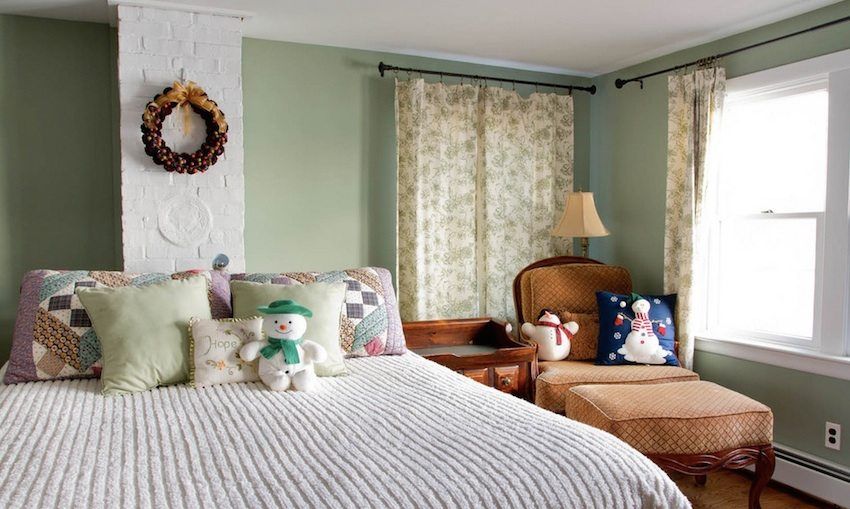 Helpful advice! Each manufacturer of chimney structures has assembly instructions, which must be followed. Such instructions are coordinated with the controlling and serving organizations. 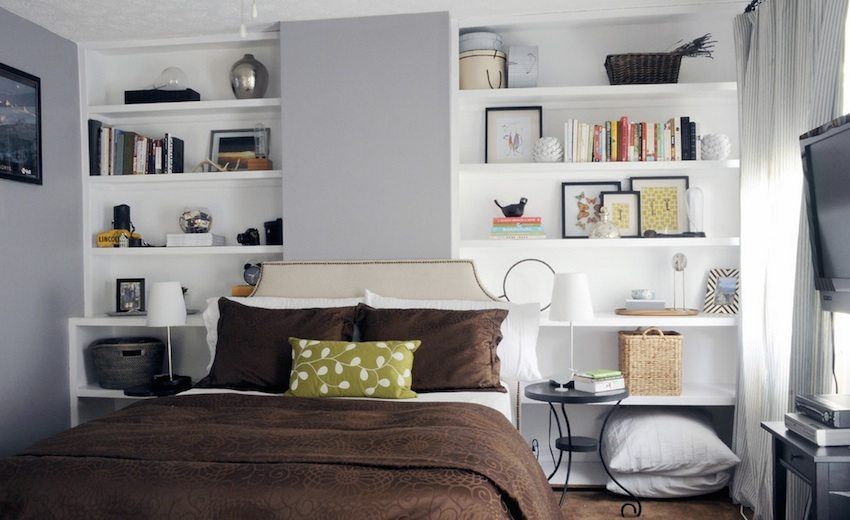 As already mentioned, the installation of the chimney can be done inside and outside the room. For each method there are separate stages of design. 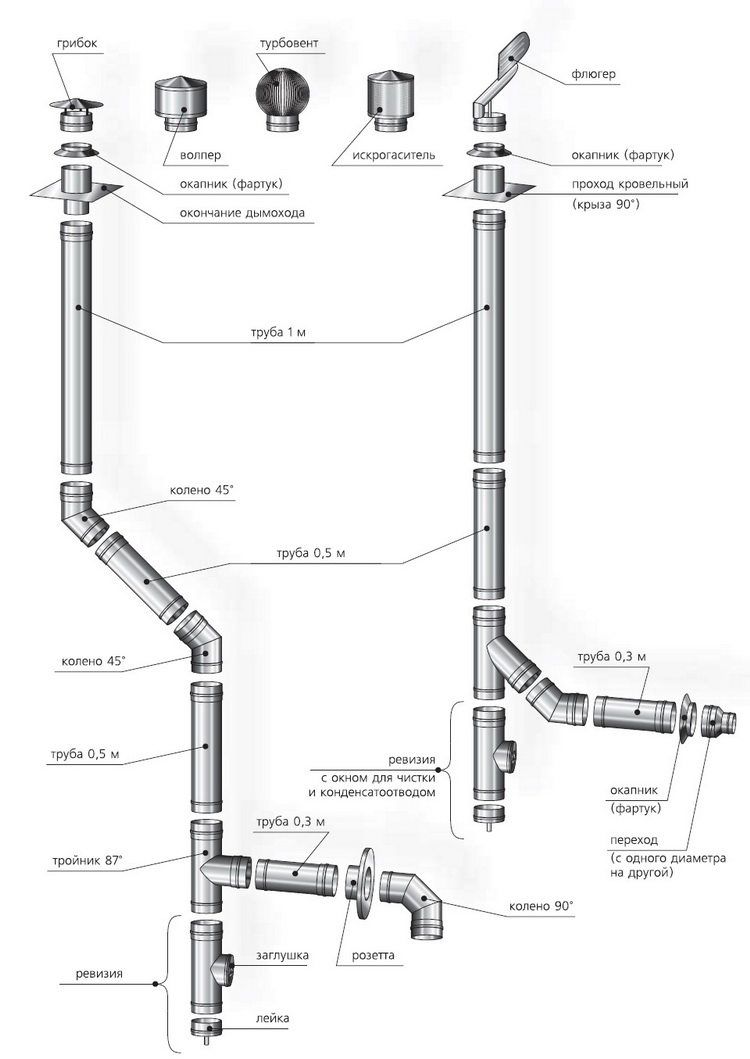 As you can see, there are no particularly complicated requirements for a gas boiler chimney. 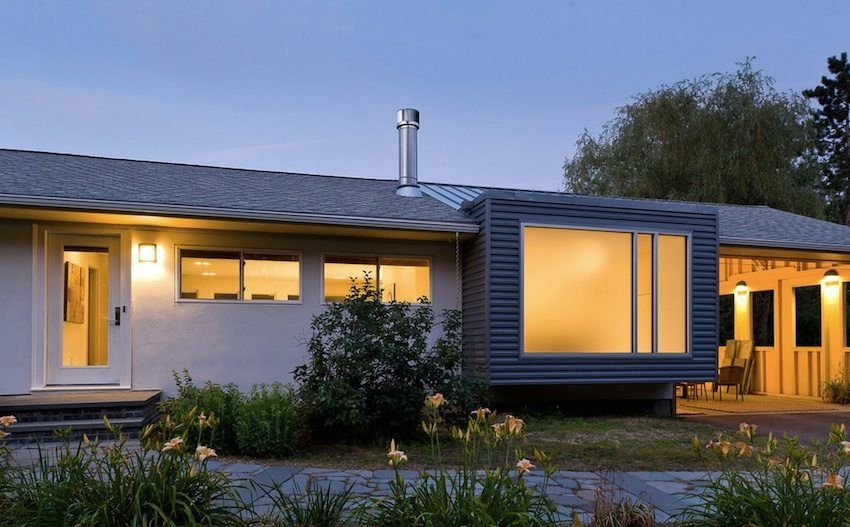 Helpful advice! Compliance with the above steps will allow you to organize the effective operation of the equipment and the proper removal of harmful products of combustion. 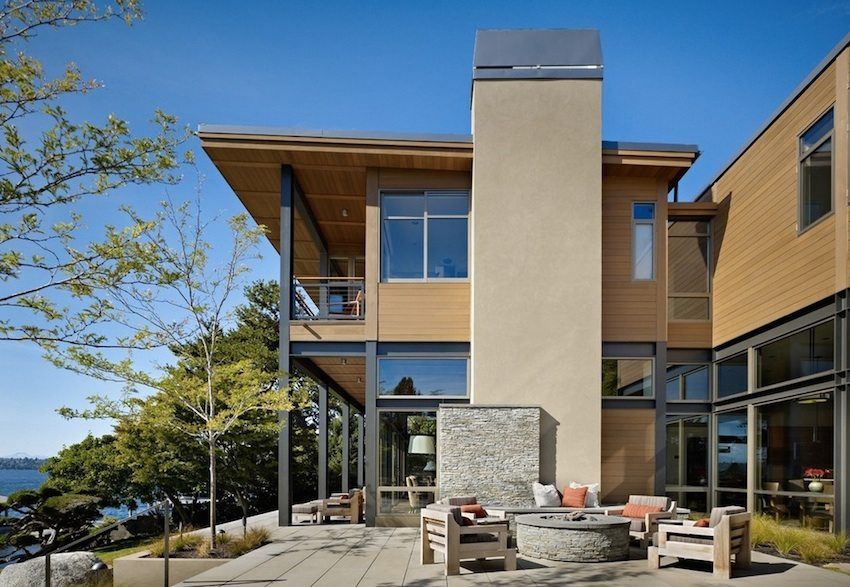 The procedure for assembling the outdoor duct is almost no different from the stages of the construction of its internal counterpart. The only difference is that the outlet will be located at the bottom of the house in the area of ​​the foundation and pipe insulation along the entire length will be required. It is recommended to paint the exterior structure with a special paint that is resistant to high temperatures. It will create good protection from external influences. 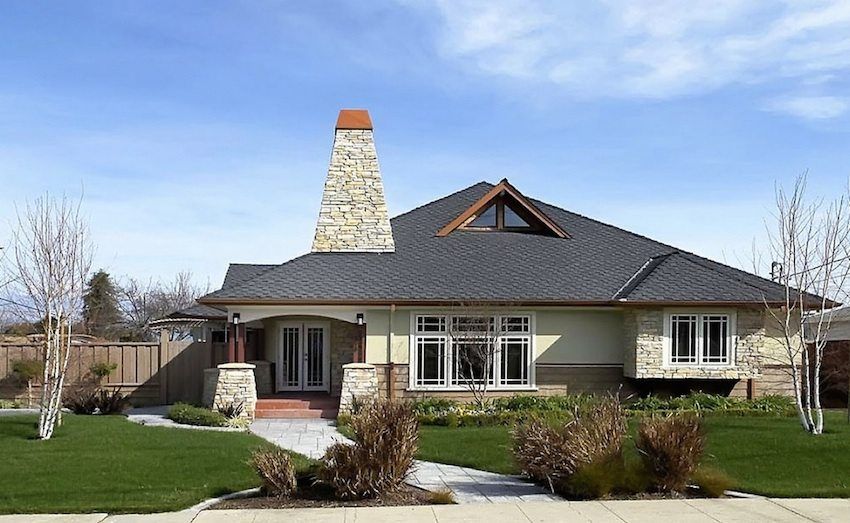 Experts recommend using double-flow pipes for a wall-mounted gas boiler. This method of arrangement was called coaxial chimney. It consists of two pipes inserted into each other, through one of which oxygen is supplied to the system, which is necessary to maintain the fire, and through the other, the remains of the exhaust gas. Installation of a coaxial system is quite simple. 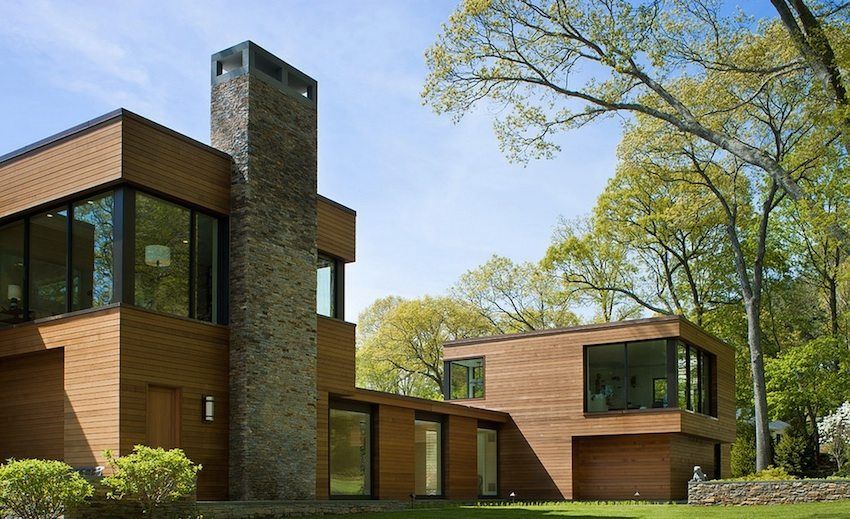 Now information about the construction of the chimney is enough so that you can collect it with your own hands. And using the services of masters, to exercise careful control over the work being done.

The kitchen is a special room with a specific microclimate. The floor should not
A unique offer for you

How to calculate the number of reinforcement for a strip foundation

Greenhouse from the profile pipe do it yourself: photos of finished structures

Tablets for the pool for water disinfection: proper care of the pond

The bed which is built in a case: an ergonomic and modern element of an interior

Capacities for the sewerage: plastic wells and accumulative tanks

Kitchen faucets with tap for drinking water: a new generation of sanitary products