Two-level ceilings for the living room of plasterboard, photos of which are in great abundance decorate the sites of construction companies, it is quite possible to make yourself. After all, such a versatile and affordable material, like drywall helps to embody the most non-trivial design idea. In order to radically transform the most ordinary apartment, it is necessary to have plasterboard sheets, metal profiles and desire. 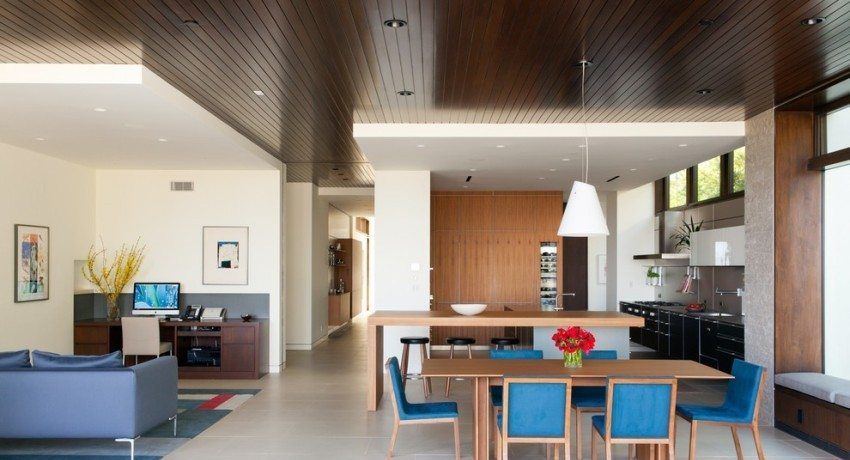 Ideas of two-level ceilings for a living room made of plasterboard, photo options

Design fantasy has no boundaries. Who could only 10-15 years ago predict that “Roman” molding is not at all the limit of the scenery for ceilings. It was impossible to imagine that it was easy to “transfer” the image of the sky to any ceiling, creating the illusion of the presence of clouds or a star arch overhead, that it could look multicolored and thematic, and not just a white square, that an “uneven ceiling” would mean not allowed in the work of marriage, and multilevel. 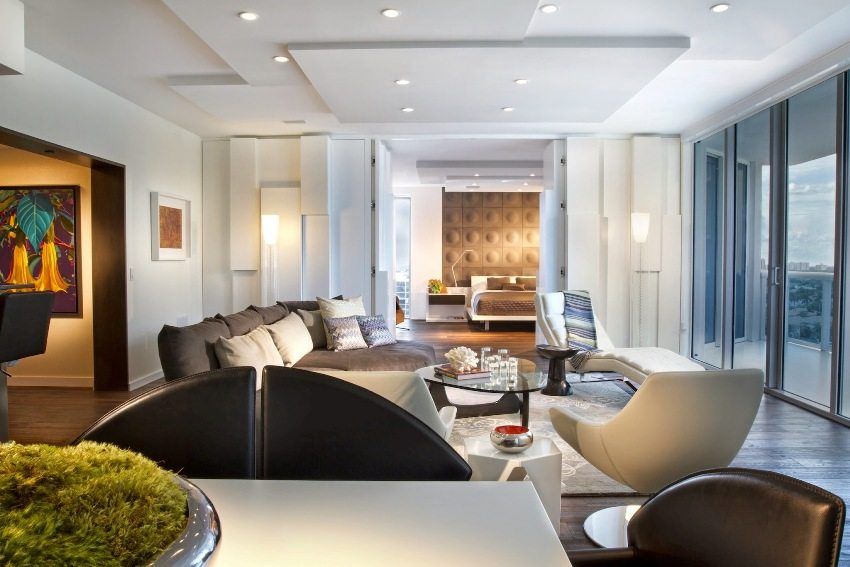 Modern renovation necessarily involves paying enough attention to the ceiling and presents a host of options for improving the living room by building a ceiling made of gypsum board and decorating it. Suspended structures made of plasterboard differ in a variety of shapes and patterns, the number of decorative elements and the type of lighting: 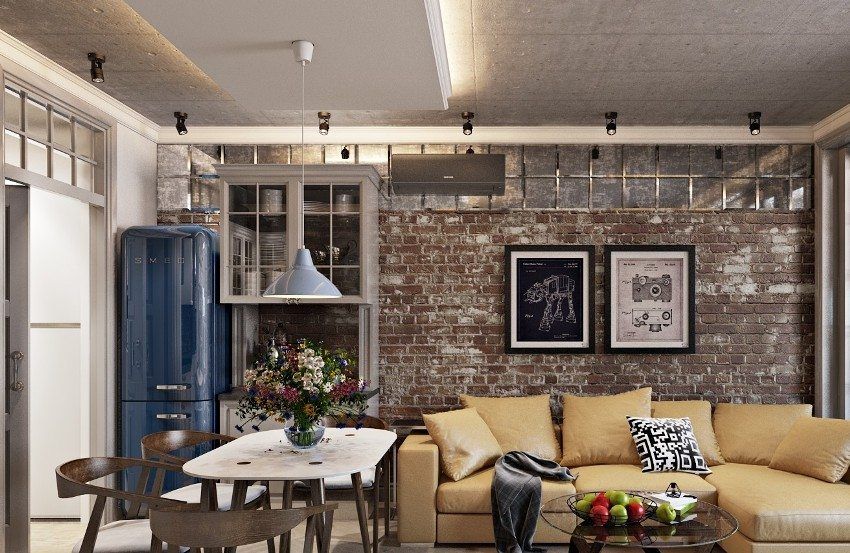 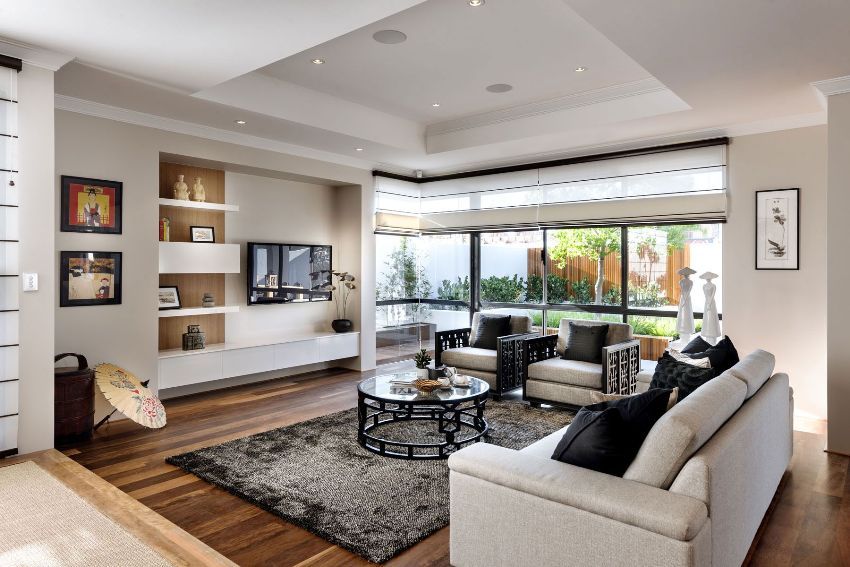 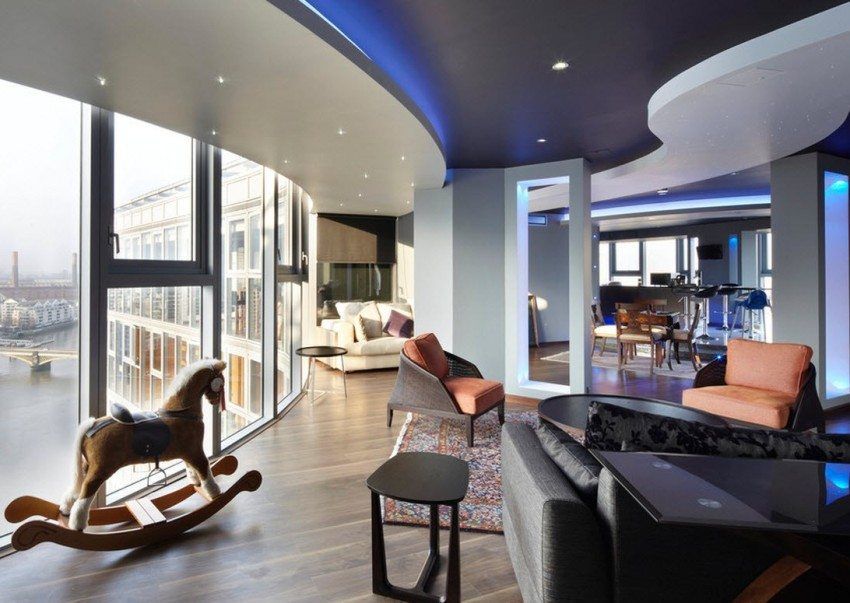 Plasterboard ceilings for the living room, the photos of which depict any non-standard ideas, make the interior of this room unique.

Helpful advice! If your apartment is located in the usual panel high-rise building, then do not get too carried away, creating a lot of levels. To update the view of the apartment, two is enough. Otherwise, the ceiling can get too low and hanging. 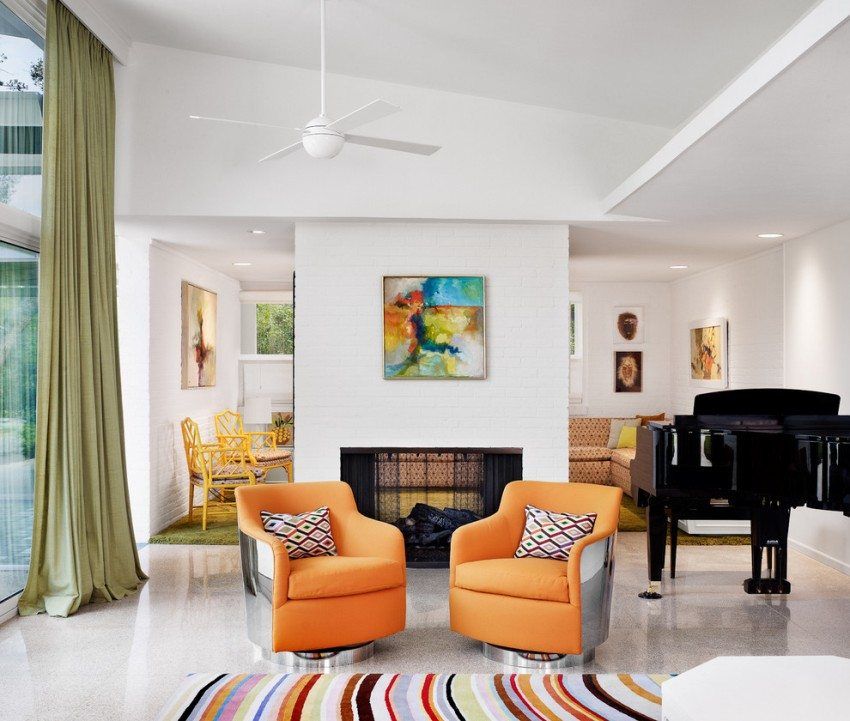 It does not matter how many levels the gypsum ceiling will have. The principle of their construction is always the same. The only difference is in the final decoration and design. Well, the more levels and decorative elements, the more labor and material will have to spend. Before you start installing the ceiling with two levels, you need to estimate the height of the room. Two levels will take at least 10 – 15 cm, so if such losses are significant, then the idea is better to give up. 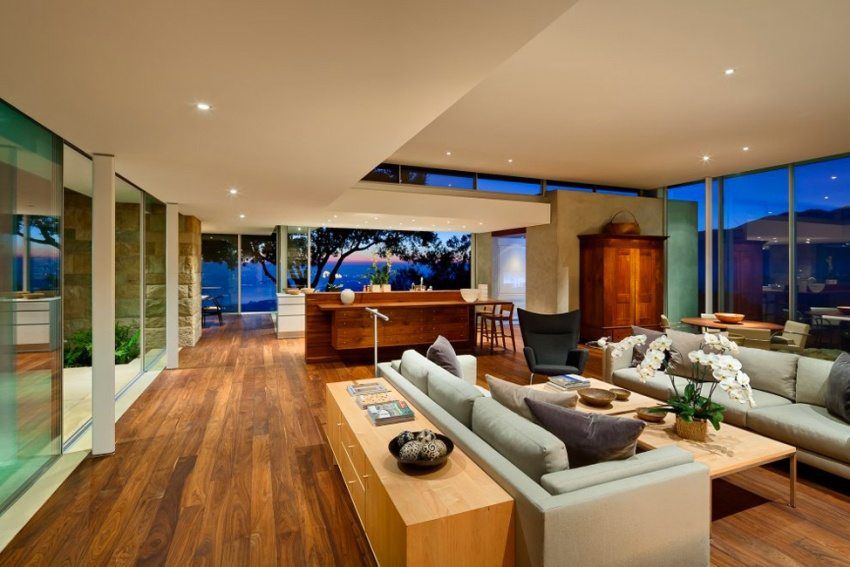 If the “native” ceiling is fairly smooth, then the second level can be mounted directly on it. This will save space. The more complicated the conceived construction, the more accurately you need to do the calculations. Yes, and helpers will need more. It is hardly possible for one to do the work properly. It is better if you have a detailed traced project, or at least a sketch of the ceiling. 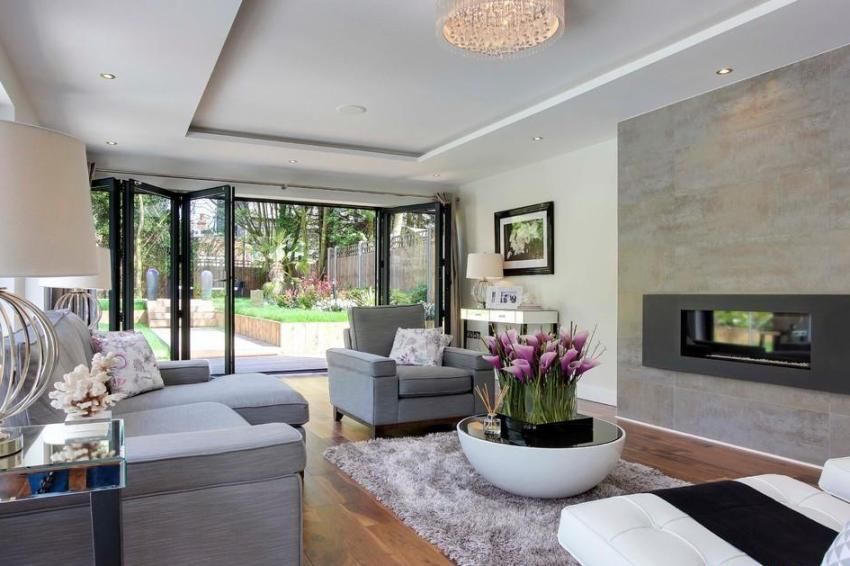 For the production of the entire cycle of works on the installation of a two-level gypsum ceiling with their own hands, we need the following tool: 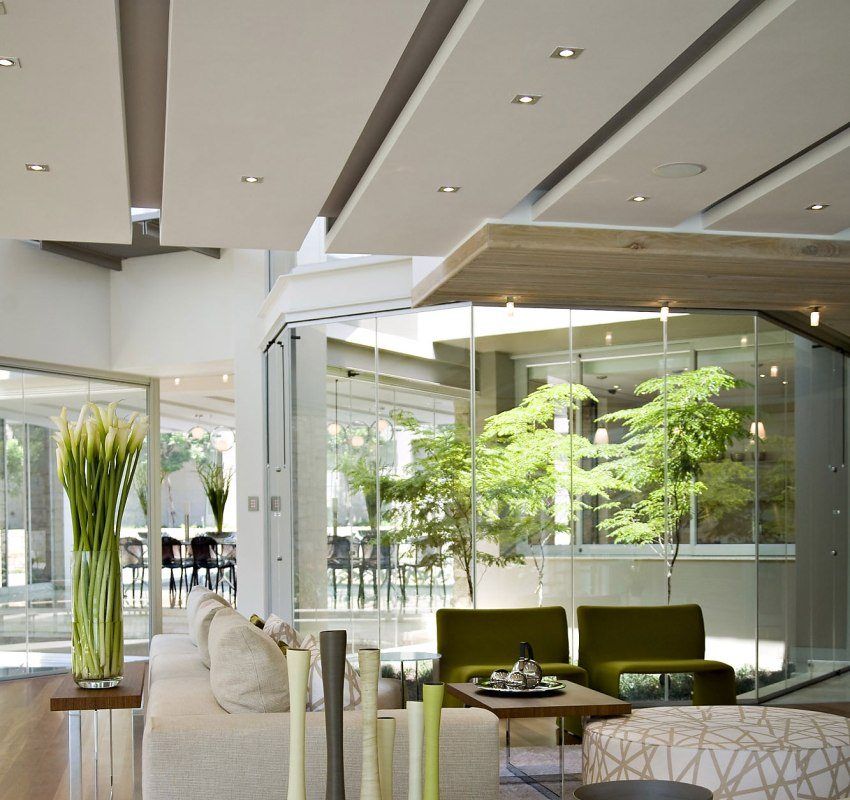 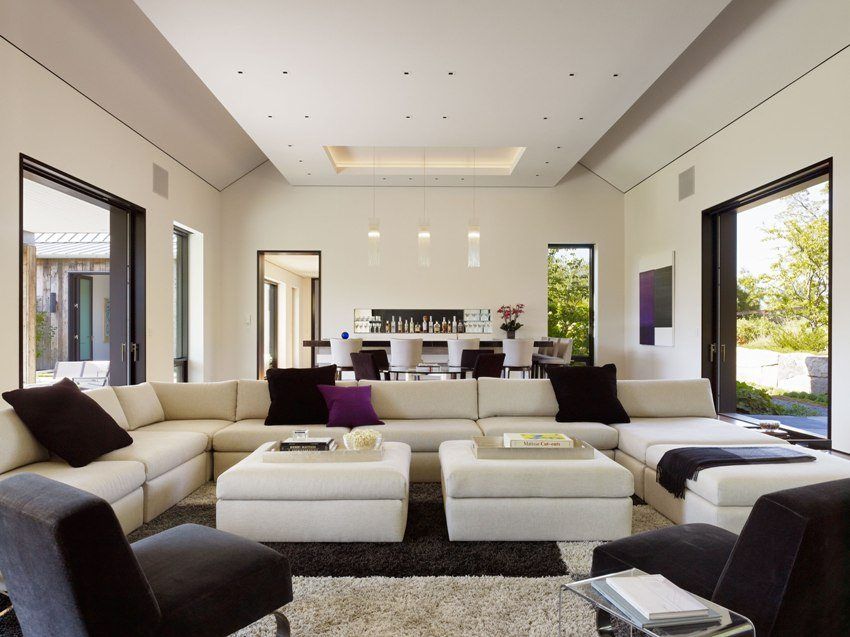 As a basis use the usual 9.5 millimeter ceiling gypsum board, and for the installation of the second tier is better to use arched, having a thickness of 6 mm.

Helpful advice! When the living room is small, it is not necessary to overload its space, creating too bulky structures on the ceiling. This will reduce the room by half. The best solution for small rooms is an even ceiling of white classic color. Sometimes it is possible to mount a drywall box and install spotlights along the walls. 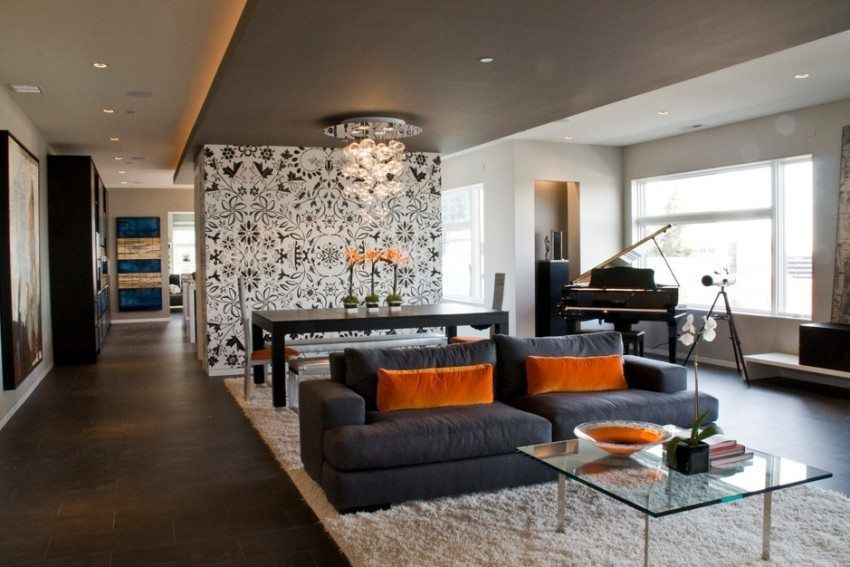 In a few steps you can build a two-level gypsum ceiling for the living room. A photo each of them can be studied in detail.

With proper installation and having some imagination, you can get a unique two-level plasterboard ceilings for the living room. A photo depicting each step of the whole process will help in this intricate and creative work.

From this article, you can find out what features the beds of metal with

Cold-resistant porcelain stoneware for the street: selection, laying, nuances of work with the material

Insulation for the walls of the house outside the siding: choose the material and method of installation

The device truss system gable roof do it yourself

Furniture in the hall: the rules of selection and proper placement

A fence made of corrugated flooring with your own hands with columns: a technique, assembly secrets

Gazebo with barbecue, barbecue and stove. We build a functional pavilion