Brick – one of the most popular types of building materials, which is widely used throughout the world. It is reliable, durable, easy to manufacture and install, and also relatively inexpensive. There are many types of bricks, but it is silica brick that has been the most popular lately. The size of a silicate brick and its other characteristics are of great importance, therefore, we consider them in detail below. 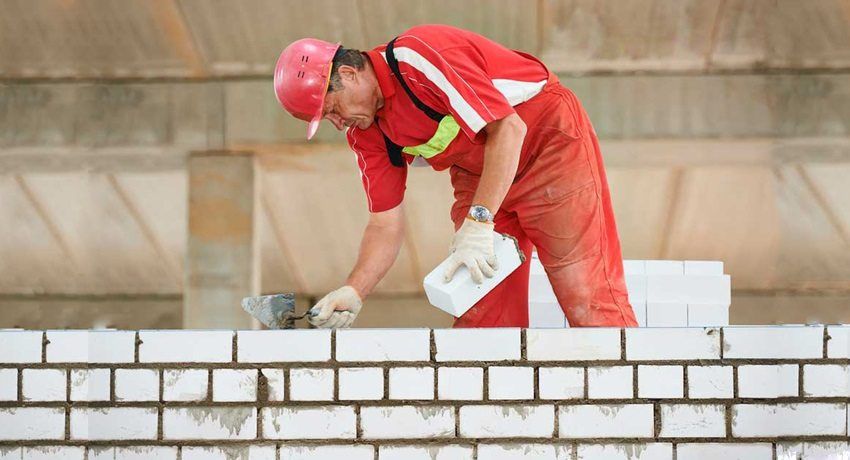 Any brick is 90% composed of quartz sand, and the rest of the mass is lime and various additives. All this is pressed by the dry method, fired, as a result, briquettes of regular geometric shape are obtained. The dimensions of the silicate block, like any other, are universal and make up 250X120X65 mm. There is also a so-called sesquicle brick, whose thickness is 88 mm.

Silicate brick differs from other types in that it is manufactured using a special technology, which involves autoclaving with hot steam under high pressure. The temperature of the steam can be up to 200 degrees, and the pressure – 12 atmospheres. As a result of this treatment, the molecules of lime and sand adhere firmly to each other, because of which the silicate brick is characterized by increased strength characteristics. 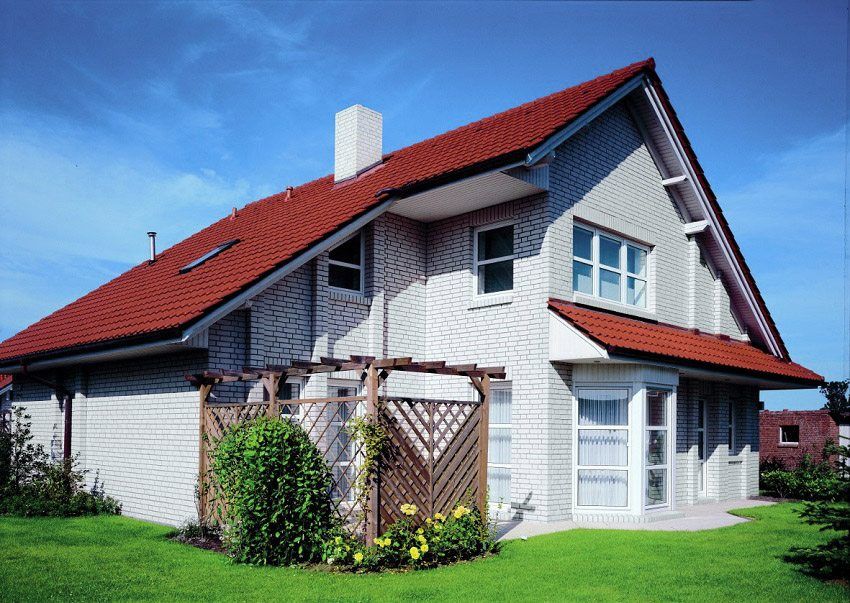 Helpful advice! You should not use silicate brick for the construction of structures that are planned to be exposed to high temperatures, such as fireplaces and stoves. Under the influence of temperatures above 200 degrees, a brick may burst or explode.

The performance characteristics of silicate bricks make it an excellent material for cladding facades. It can be white or painted in almost any color, which opens up a wide scope for designer imagination. 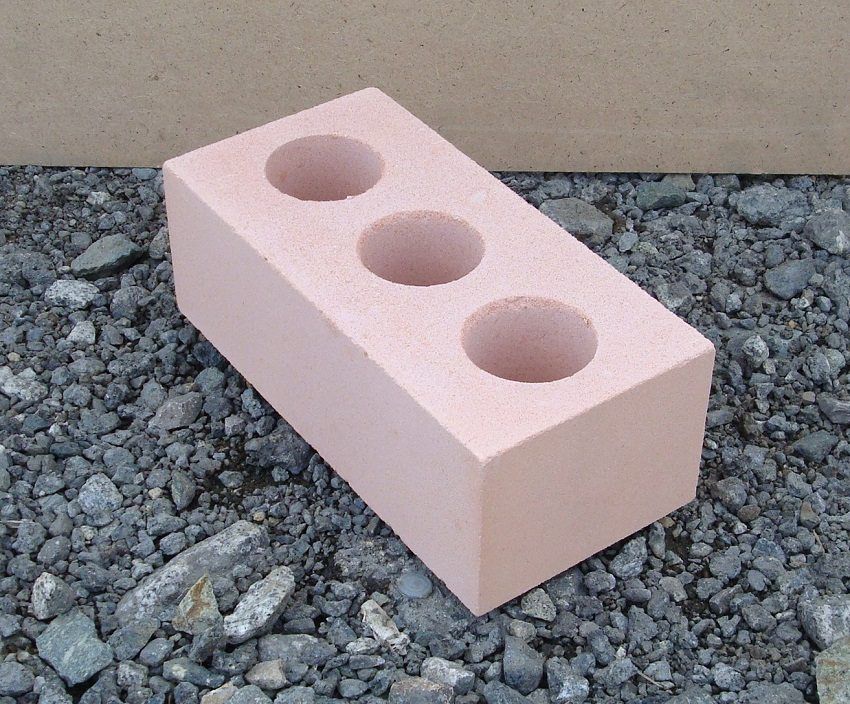 Each brand of silicate brick differs from the other in strength. But, besides this, any brick has the following advantages: 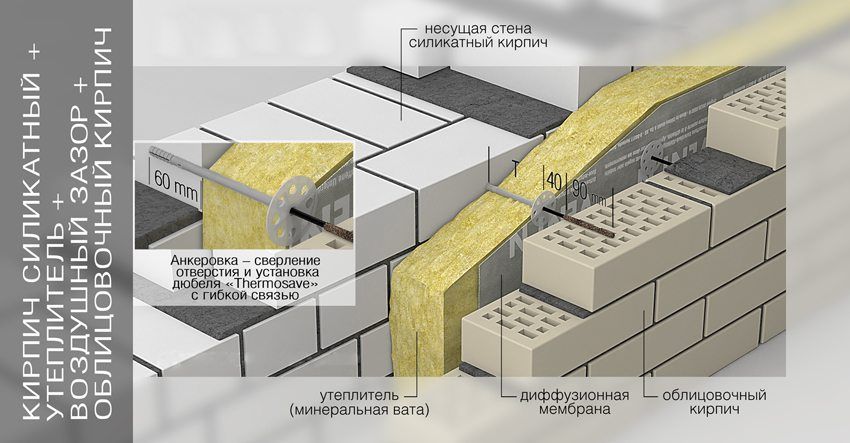 Thus, it is clear that silicate brick is a very good choice for your construction. Photos of silicate brick demonstrate its presentable appearance, and reviews of experts confirm the excellent performance characteristics. This material has been used on construction sites all over the world for more than a year, and its popularity is constantly growing, which indicates high quality and reliability. 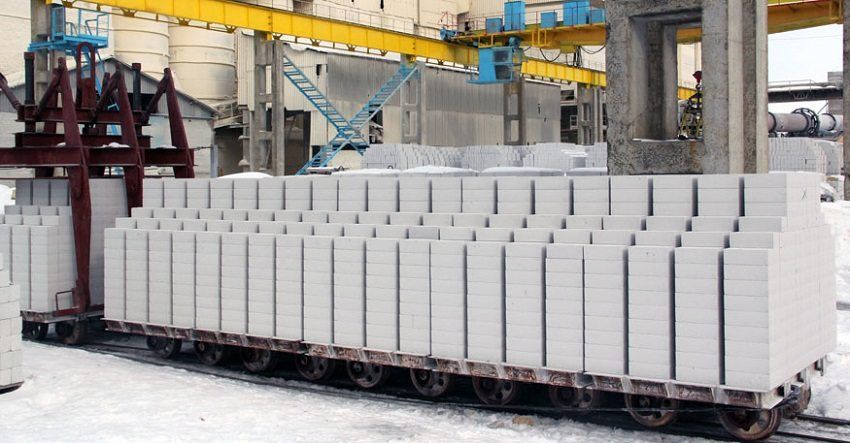 Helpful advice! The answer to the question, how many silicate bricks in 1 m? Depends on whether it’s a half or a half. Therefore, asking such a question to the seller, be sure to check the dimensions of the product.

Silicate brick is a building material, not without flaws. He also has a number of weaknesses that are important to know: 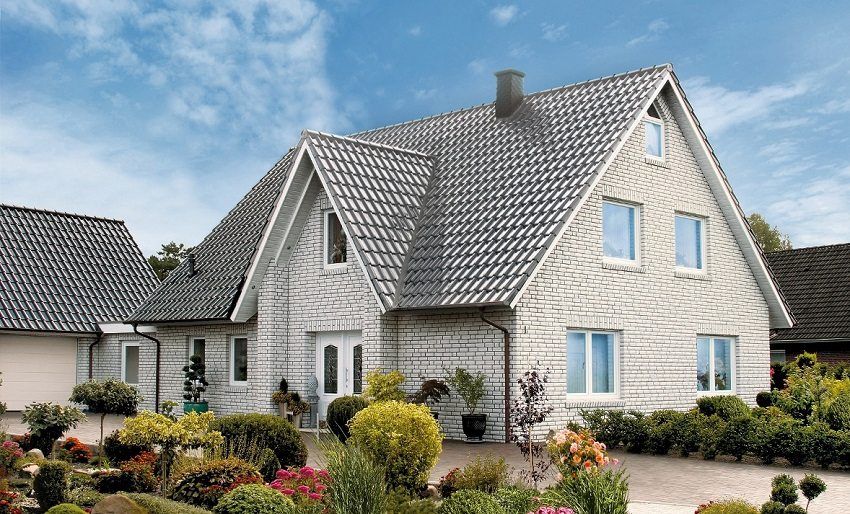 With all these drawbacks, the positives, such as the price per piece of silica brick, outweigh them. That is why this material is so popular in many countries of the world. 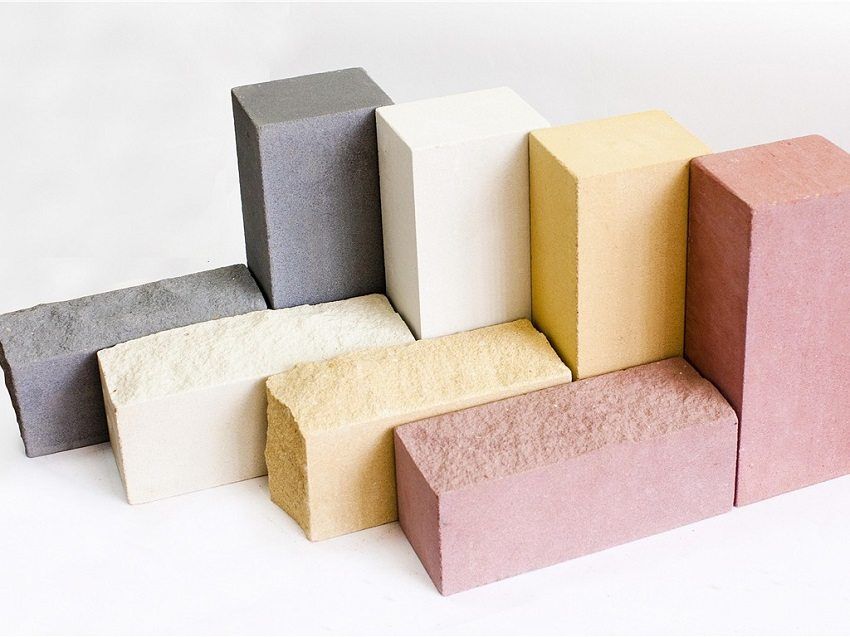 Before building a structure from a material, it is worth deciding on its type. It has already been said that silicate brick can be standard or one-and-a-half. Its weight, accordingly, will be lower or higher. In addition, there are the following types:

In addition, hollow and solid bricks are distinguished. The blocks of the first type, as the name implies, have voids. This reduces the weight of the unit and affects its parameters such as thermal conductivity and sound insulation. Solid brick weighs more, but also boasts greater strength. 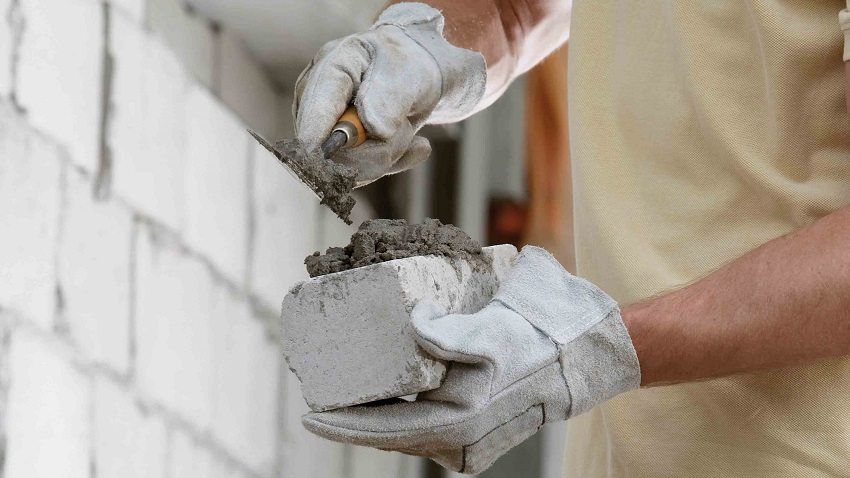 Each of these types of material is designed for specific construction work. Regardless of how many bricks are in a pack of silicate bricks, each of the types has its own characteristics, so you should choose based on the specifics of your construction. The size of silicate bricks is also of great importance.

For example, if you are building a low-rise building, then for these purposes it is better to use a one-and-a-half or even a double block. This will reduce the financial costs of the material, while improving the appearance of the object. It is logical that it is better to veneer the facades with smooth and colored bricks. The latter is also well suited for the construction of exterior walls.

The size of white silicate brick, characteristics and features of laying. Types of bricks, performance. The nuances of the finish. Advantages and disadvantages of the material.

The external lining of the structure with smooth silicate bricks of various types is good in that you will not need additional finishing. This will help save not only construction time, but your finances.

As already mentioned, for laying bricks you will not need any special building skills or specialized tools. It will take only the usual construction level, a tape measure, a trowel, a plumb, a spatula for feeding the solution, a hammer for weighting and leveling the blocks, as well as a container for cement mortar. 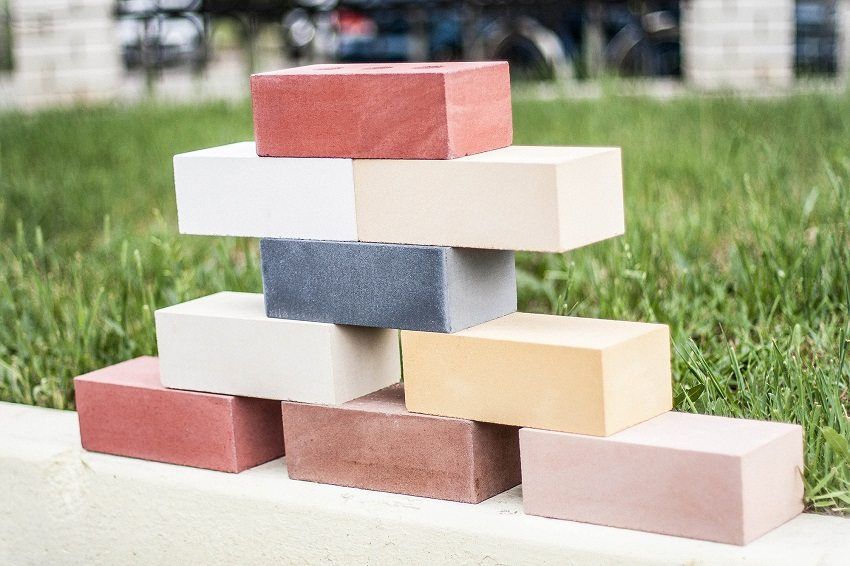 Helpful advice! Before laying the silicate brick, it is desirable to soak it in water, so that later it does not absorb moisture from the solution.

First, it is necessary to determine how many silicate bricks in the pan. Then you need to start laying. It is best to do this from the corners of the building, between which you need to pull the cord. It is under this cord that the entire brick row will subsequently fit in, so this point should be given special attention. Longitudinal, transverse and vertical seams are necessarily tied with steel wire every 2-3 rows.

There are two basic methods for laying silicate bricks. The first is “tight”, that is, with the use of a hard mortar and completely filling it with all the seams. This method takes more time, but guarantees high durability and reliability of the building. The main thing with this – do not forget about the firmware seams.

The method of “butt” implies a partial filling of the seams using a plastic solution. This method is faster, but less quality, so the resulting structure is recommended to further strengthen the plaster. The seams must be treated to prevent cracks. 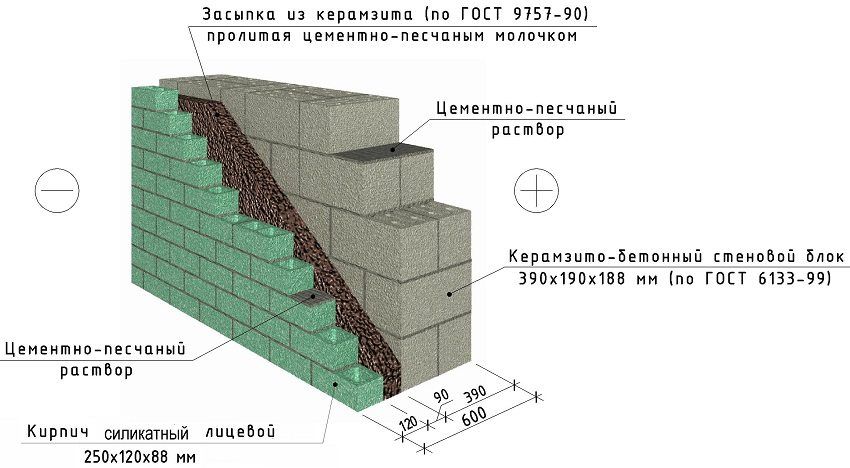 Laying silicate bricks is made fairly quickly, if you already have certain skills in this matter. Numerous videos and photo instructions on the Internet will help you get the necessary knowledge in an easy and accessible form. You can also find out how much silicate bricks of one type or another weigh, which one is better to use for specific works, which composition of the mortar is better for laying and other important information.

There are a number of common points that you need to know in order to effectively use a building material like silica brick: 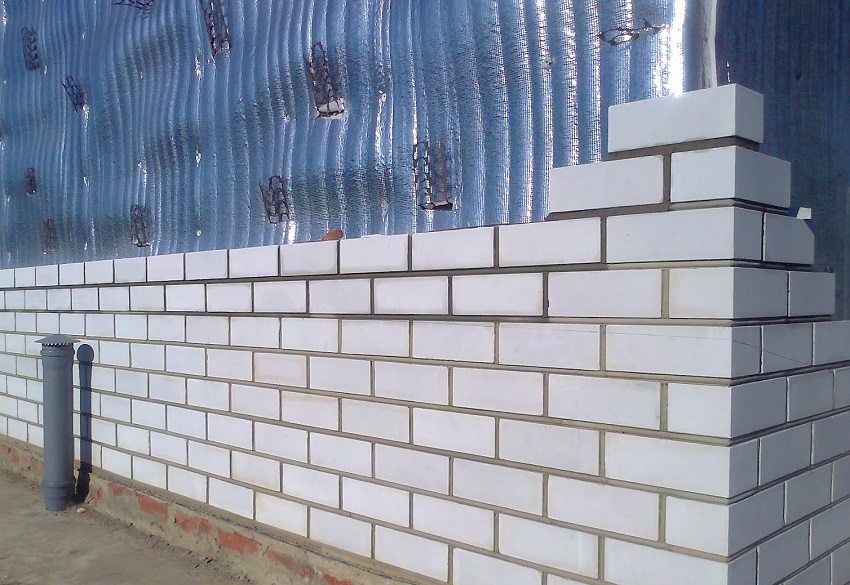 Helpful advice! Silicate brick is not much different from the usual when it comes to laying. Therefore, you can safely use the same tools and technology with the above material features.

As a result, we can say that the house of silicate brick is a very profitable and reasonable solution. However, you should not mindlessly use the material for the construction of absolutely all elements and structures, you should carefully weigh all the pros and forgive, learn the recommendations for choosing, working and styling. With a competent approach to construction, the house of silicate brick will stand for many years, and its repair and reconstruction will need very soon.

The hall is the title room of the house. Its purpose should combine common

Wind generator for a private house: specificity and manufacturing technology

Thermostat for infrared heater: installation and use

Boilers long burning on the wood with their own hands, loading 24 hours

Blinds to the balcony: how to choose beautiful and practical designs for windows and doors

Shed roof do it yourself step by step: installation features

Front garden in front of the house: design ideas and do-it-yourself design

Doors from the array: the nobility of nature in a modern interior

Pond in the country with their own hands. Step by step photo instruction