Counter battens are one of the main elements of the roof, along with battens and waterproofing. The first question that people who are inexperienced in construction issues usually face is what is a counter batten and why is it needed. Many do not see the difference between it and the crate. Meanwhile, these are fundamentally different things – both in terms of location and in terms of functions performed. The lathing acts as the basis for the roofing. These are wooden blocks that are installed across the rafter system to give the roof a structural cohesion. It is needed as a link between the rafters and the outer cladding material. Without them, it would be impossible to arrange the roof evenly and stably, and if snow or hail falls, the roofing sheets will sag, bend and rust.

Counter-lattice, consisting of counter-rails, in turn, is needed for ventilation of the so-called roofing “pie”. The latter is a multi-layer structure consisting of insulation, vapor barrier and waterproofing materials. Counter battens create a space between the waterproofing and the crate and air circulates. They are laid on top of the sheathing and help to evenly saturate the entire roofing part of the house with air. The question “is there a need for a counter-lattice?” Should definitely be answered in the affirmative. Here’s what she gives:

Due to the distance that appears between the waterproofing and the battens, cold air has the ability to enter the upper part of the roof, as a result, a normal microclimate is maintained there, in which moisture does not form or accumulate. The ventilation system also serves this purpose: excess steam is removed without having time to settle on wooden structures in the form of water. 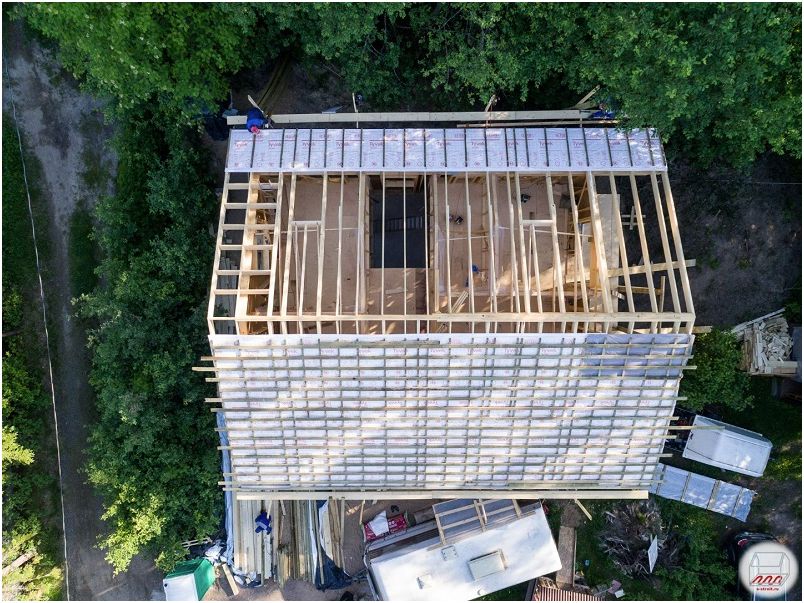 The bars that are used to make the counters do not have to be solid. Often, for this task, various wood scraps are used, left over from the construction of a house. Oak or pine are excellent materials as one of the most resistant and durable types of wood. Before installing them, it is better to dry them thoroughly and treat with an antiseptic: if this is not done, even good ventilation may not save from rotting and mold formation.

Counter battens are mounted strictly after waterproofing installation. It is imperative to install a container for collecting water (dropper), since this is where moisture will flow down from the waterproofing film. The battens are installed with stainless steel galvanized nails, perpendicular to the battens. It is important not to break the step and install the beams strictly parallel to each other – otherwise, the even position of the roof may be disturbed. For this purpose, markings are usually applied to the bars, which does not allow changing the length of the stride. The tags are lacing connected to the bars in the same places. Also, the counter bars can be treated with a fire retardant to prevent possible fires..

The greatest difficulty is the installation of counter-rails in the area of ​​the roof ridge – that is, the point of intersection of the two slopes. Their ends must be aligned at one point, otherwise the entire roof may turn out to be uneven. The height of the counter-lattice is very small – about 3 to 5 centimeters, and the cross-section of the beams is about 25 * 30 mm or higher. Depending on the angle of inclination of the roof, different sections are used. For example, for roofs with a slope of 30 degrees, beams with a cross section of 25/50 millimeters are usually used. This is the optimal size to create sufficient space for effective ventilation of the roof space. Depending on the size of the rails, as well as on the distance between the rafters, the pitch of their placement also changes. On average, a step is taken that is approximately equal to 30 centimeters. Too small a step can lead to the opposite effect of expectations: ventilation will deteriorate, a small distance between the bars will interfere with the flow of air.

Features for different types of roofing

Depending on what kind of material is used for the roof, the following questions often arise:

When you can not use the counter grill? 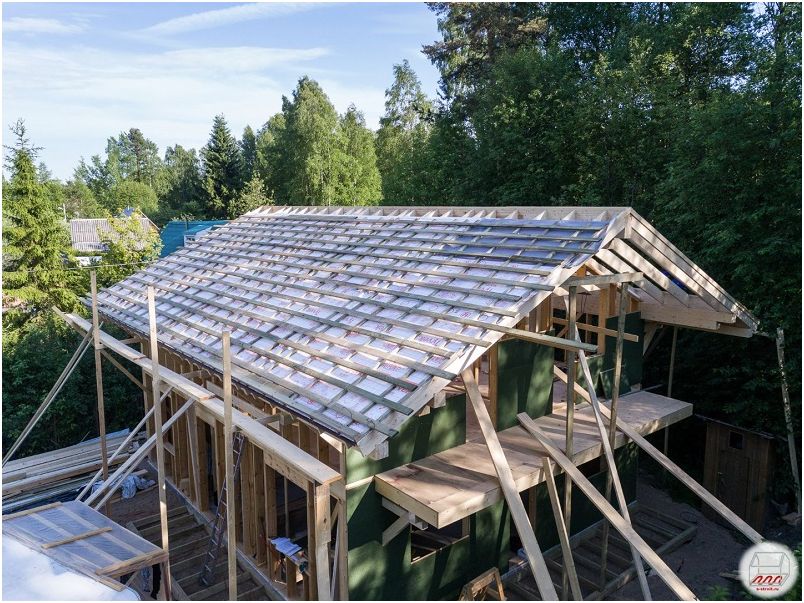 If the attic space is not planned to be insulated at all and used for other purposes, except for storing things, it is not necessary to install counter-rails. But even in this case, it is better, nevertheless, to do this, since it is not known whether the plans of the owner of the house will change in the future, and it will no longer be possible to get rid of the corrosion and rotted sections of the rafter system. This applies both to metal roofs made of stainless materials and to other types.

The roof is one of the main parts of a residential building, along with the foundation and walls. It not only protects the house itself and its residents from atmospheric precipitation and natural disasters, but also generally affects the microclimate that exists in the house. This means that every detail of the roof is important, and not least of all – counter-lattice, the installation of which should be approached with special attention and responsibility..

Very often, when performing finishing work, it is necessary to carry out diagonal cutting
A unique offer for you

What is the USP foundation: the construction technology of the Swedish insulated slab, its installation

Features of bath projects from foam blocks, photos and technology

Wallpaper for the children’s room for girls: the best design options and recommendations

Photos in modern style: bedroom interior with two types of wallpaper and the specifics of its creation