More recently, gardeners were happy to purchase a portable metal barbecue, and a wooden gazebo installed in the garden was considered almost a luxury. Today, gazebos with barbecues, barbecues and a stove are being erected on homestead and suburban areas. Such functional complexes can be used as full-fledged summer kitchens, where, regardless of weather conditions, it is possible to cook not only meat, but also various dishes on an open fire. 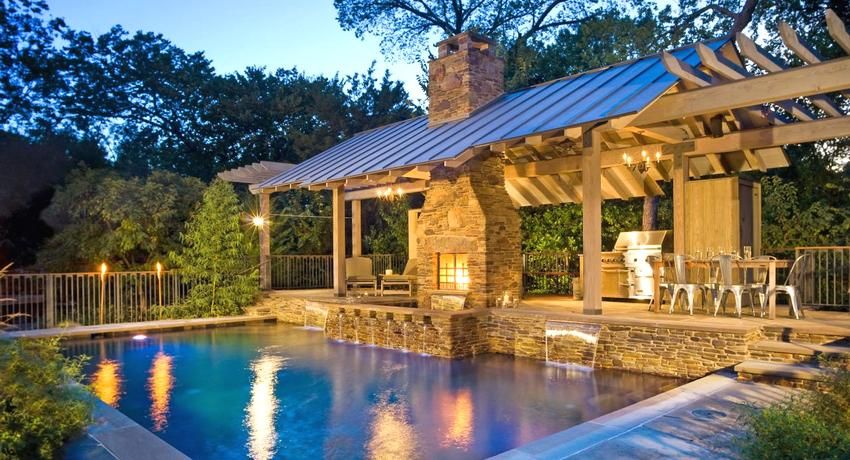 Pergolas with barbecue, barbecue and stove: the choice of material for the pavilion

Garden gazebos with barbecue, barbecue and stove, many use as a summer kitchen. Depending on the season in which it is planned to use the gazebo, it is built closed or open. To build such a structure, various materials are used, taking into account the creation of a single architectural composition with the buildings already existing in the courtyard. 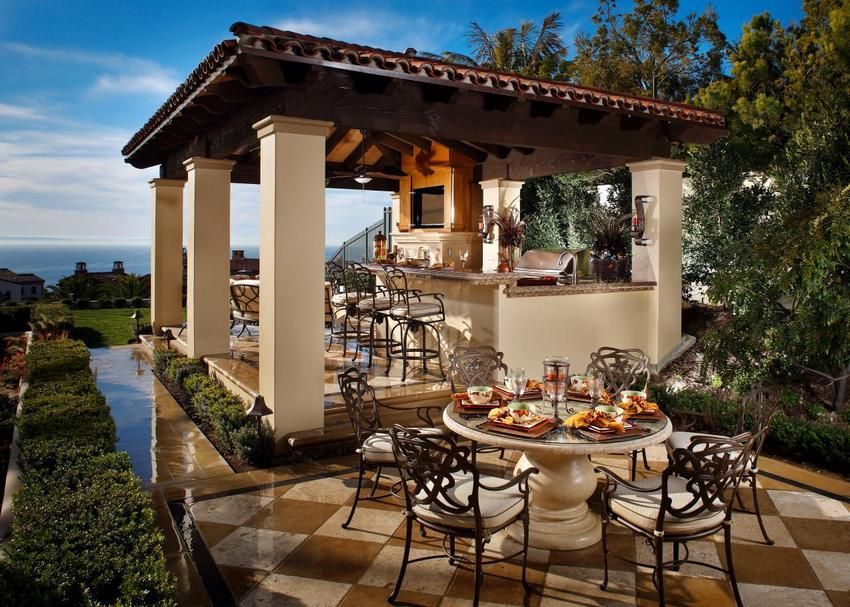 Wood is a traditional building material that is easy to handle and assemble. The naturalness and environmental friendliness of wood products allows structures to look great both on the territory of the private plot and in the summer cottage exterior. For the construction of used timber, log, board, slats for decorative lattice.

Arbors from a tree are rather easy and do not demand the massive base. However, if the gazebo is equipped with a stove, you will have to build a monolithic foundation for it. Arbors from a brick are popular at the expense of durability and fundamentality. Such structures serve for many years, they are fireproof and they do not require special care or periodic repair. Photos of arbors with a stove and a brazier demonstrate the most frequent choice of bricks as a material for such a construction. 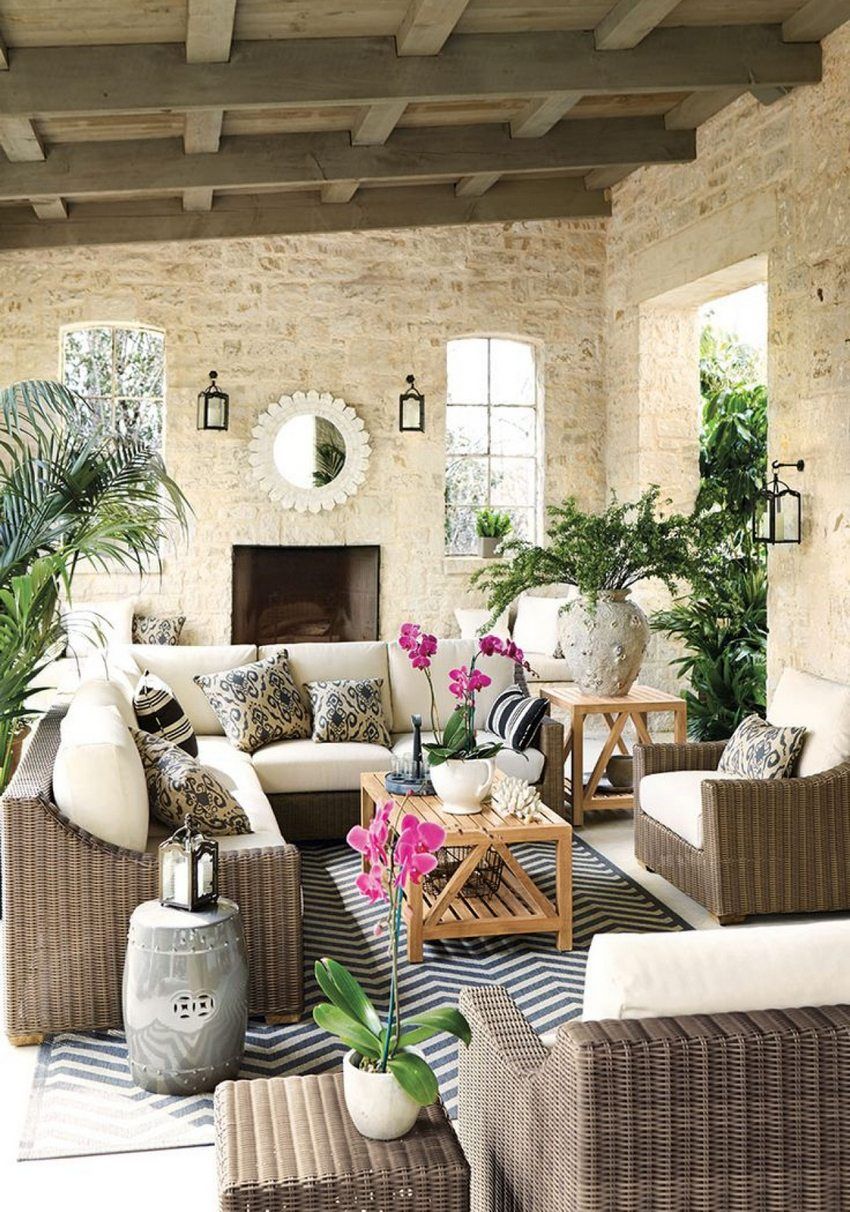 Fans of winter holidays in the country use closed brick gazebos for building, however, summer open gazebos will be equipped with barbecues and barbecues. For the construction of brick structures is obligatory laying a good foundation.

Quite often for the construction of pavilions use several types of material. It can be metal and wood, stone and metal, wood and brick. In a combination of wood and brick, as a rule, they resort to the zoning method: a working area with equipment is made of brick, and the rest area is made of wood. Excellent compatibility of materials with each other gives pavilions an impeccable appearance. Such structures also need to build a foundation. 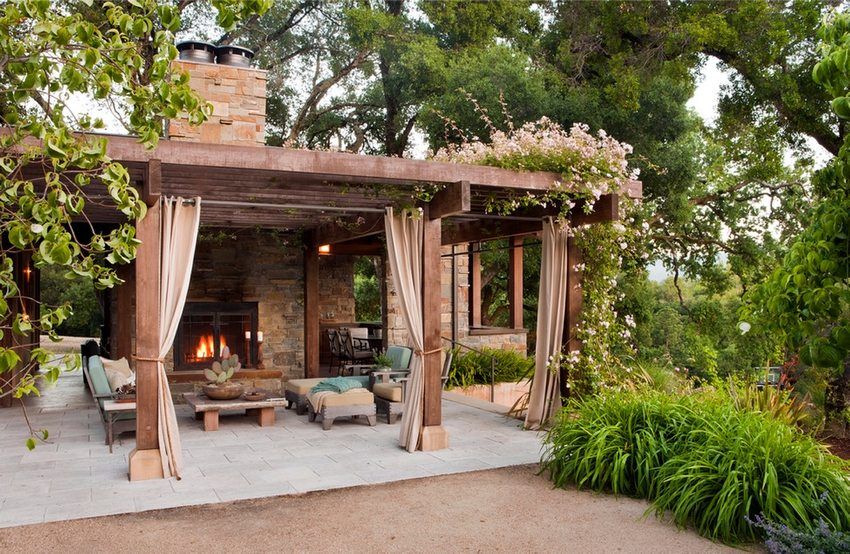 Before you start designing a gazebo, you need to determine exactly what kind of stove it is: whether it will be just a brazier or a whole complex with a sink, worktop, wood-frying pan and other elements. For installation in arbors use these types of structures: 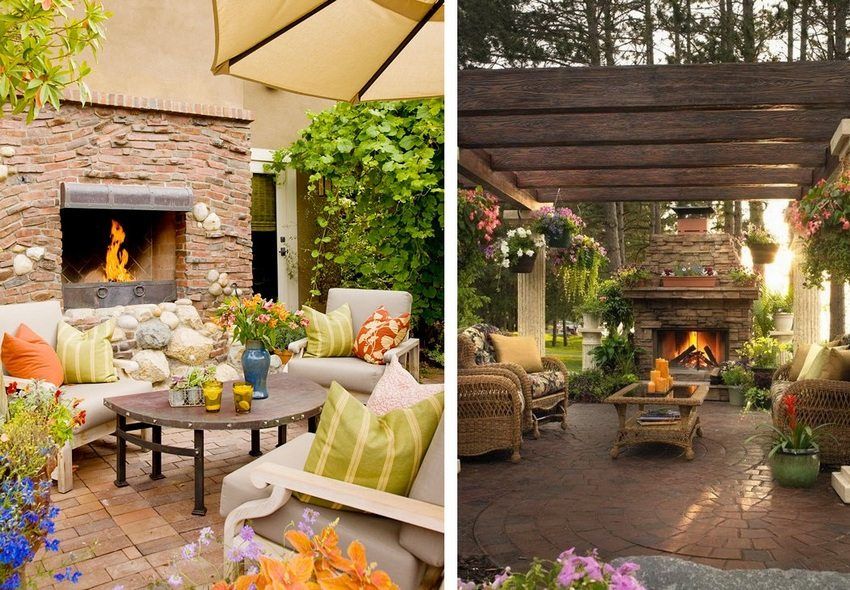 Helpful advice! It is possible to install the hood over portable grills or barbecue, fixing it on the ceiling directly above the stove equipment. 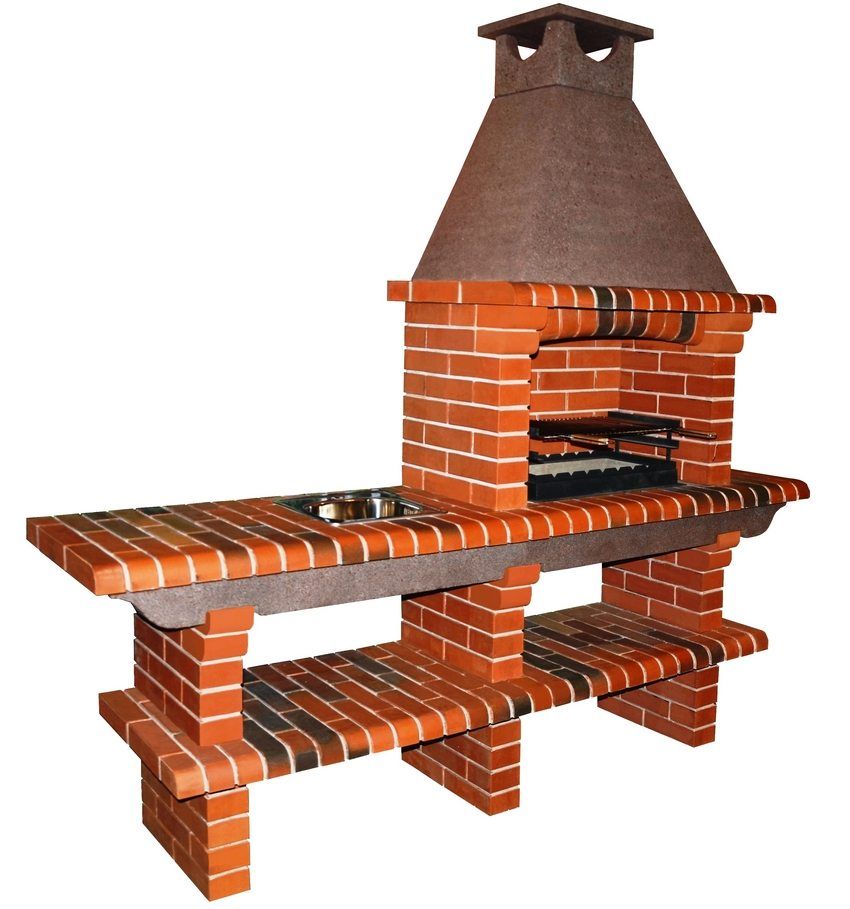 Arbor: simple and beautiful, photos of the original pavilions. Materials for the pavilion. Pergolas made of polycarbonate. How best to arrange and decorate the gazebo. Review of prices for turnkey pergolas.

When developing projects of arbors with a furnace, in the drawings indicate the dimensions of the future equipment and the orderly pattern of laying bricks for the construction of the furnace. Such schemes can be found on the Internet. For a more detailed acquaintance with the technology of laying, it is proposed to watch the video of the phased construction of furnaces for gazebos.

Designing furnaces is a complex and painstaking process, so it is recommended to entrust it to professional professionals. The arbors, replacing the summer kitchen, provide not only a working area where you can cook baked meat, fish and simple dishes, but also enough space for a good rest at the table with all your family and friends. With examples of zoning pavilions can be found from numerous thematic photos. 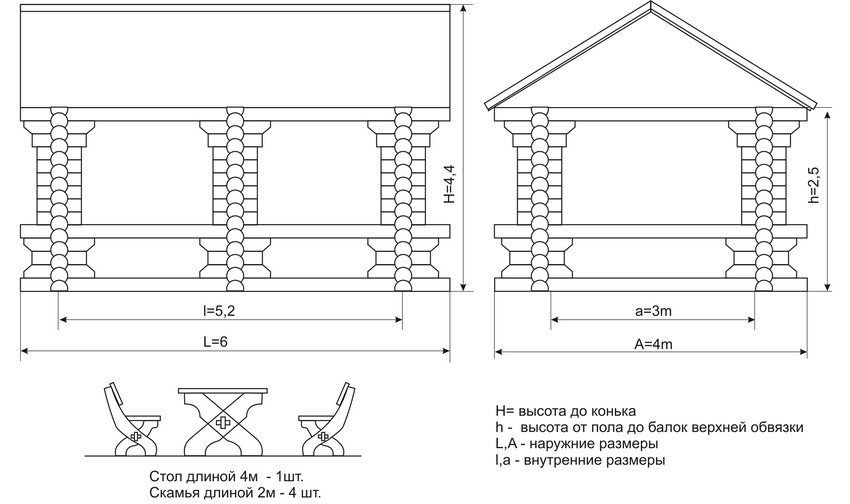 Projects of arbors with a barbecue, barbecue consider the following: The project assumes safe materials for barbecue stoves, which eliminate the risk of accidental fire. If the future gazebo is small in size, then no more than two firing points are laid in the project, if the pavilion is large enough, their number can be increased to five. Placement of furnaces is provided in a convenient place, preferably at a certain distance from the electricity networks and gas pipes.

Another important point is the location of the barbecue stove, in which the smoke will not go in the direction of the house. The furnace must have excellent heat dissipation, which will economize fuel consumption. 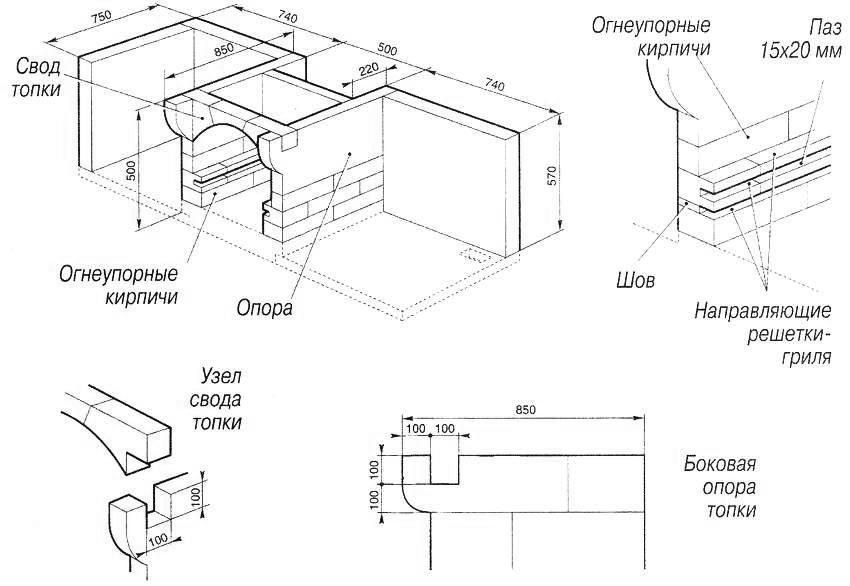 Helpful advice! When equipping a gazebo with a brazier-stove, observe safety standards. The free area around the brazier’s firebox should be: more than three meters in front of the brazier, more than one meter – to the left and to the right, and more than 0.3 m behind the stove. 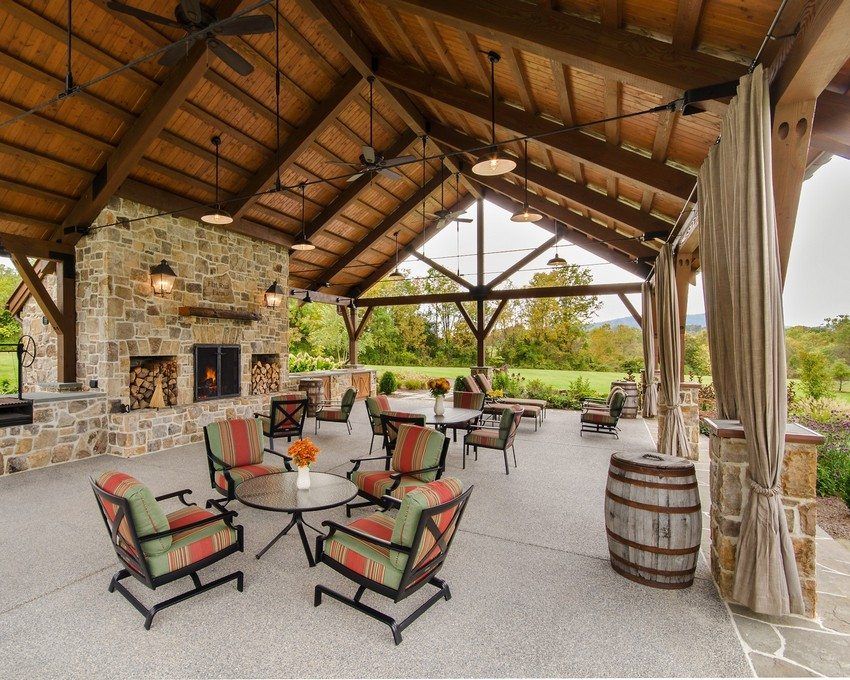 In addition, the projects should contain the working drawings of the foundation, the roof with the scheme of its construction, technical nodes. In addition, the wiring scheme, the locations of the electrical outlets, as well as the wiring of water and gas (if it is assumed) are being developed.

A prerequisite of the project is the specification, which will give a complete picture of the materials necessary for the construction, including the foundation, the floor, the walls, the roof, the furnace and other elements. All this will allow you to correctly calculate the cost of the constructed structure and purchase a sufficient amount of materials for construction. 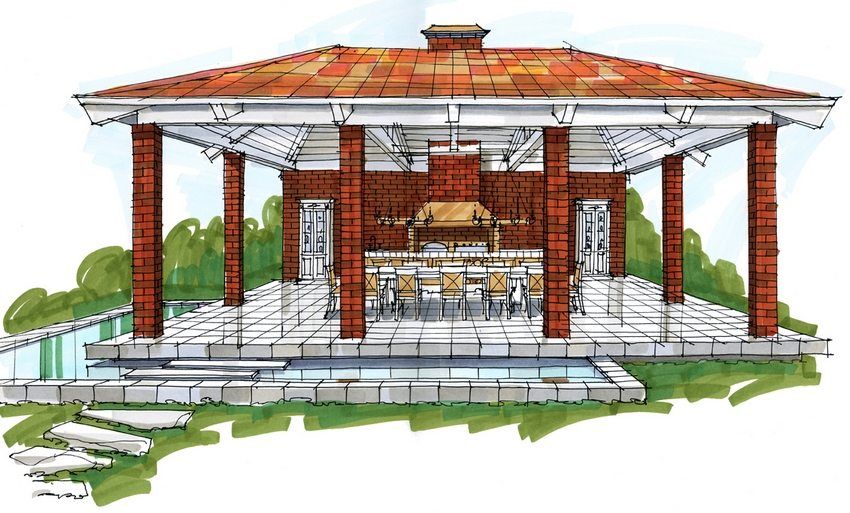 When choosing your option, use a photo of gazebos with barbecue and barbecue, built independently on the dacha and private plots.

In the construction of arbors, equipped with a stove, fireplace, brazier or barbecue, arrange a solid foundation. This is a guarantee of the strength of the erected structure. Several types of foundations for such structures are used: 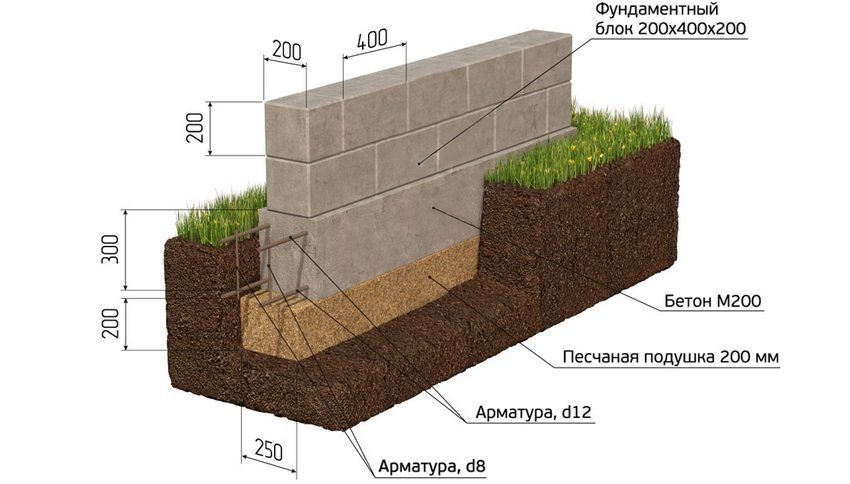 Helpful advice! When constructing foundation slabs, it is recommended to use reinforcement. For this, reinforcement bars of various sections are used. 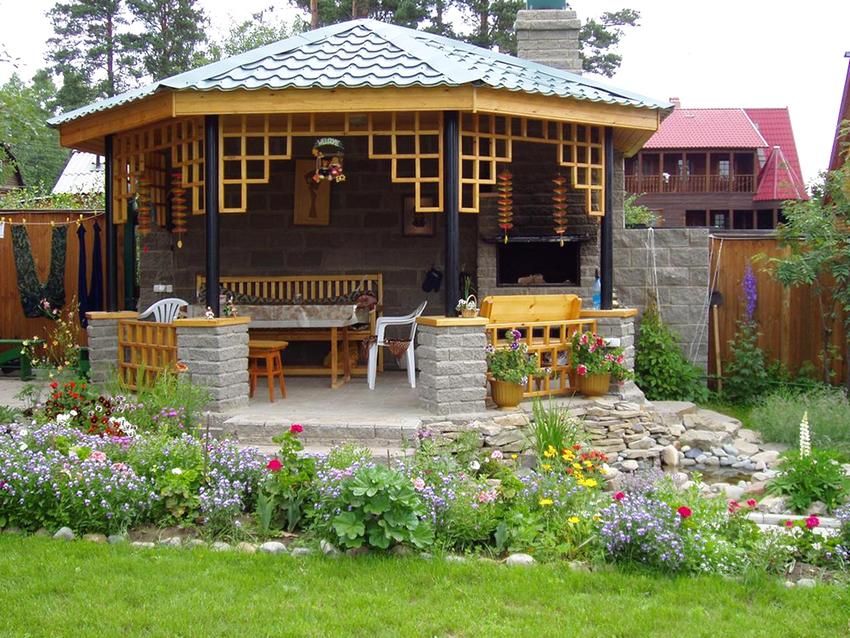 From that, the place for an arbor with a brazier is how correctly chosen, convenience of its use and a finding in it depends. Some recommendations will help to place the pavilion with maximum comfort: 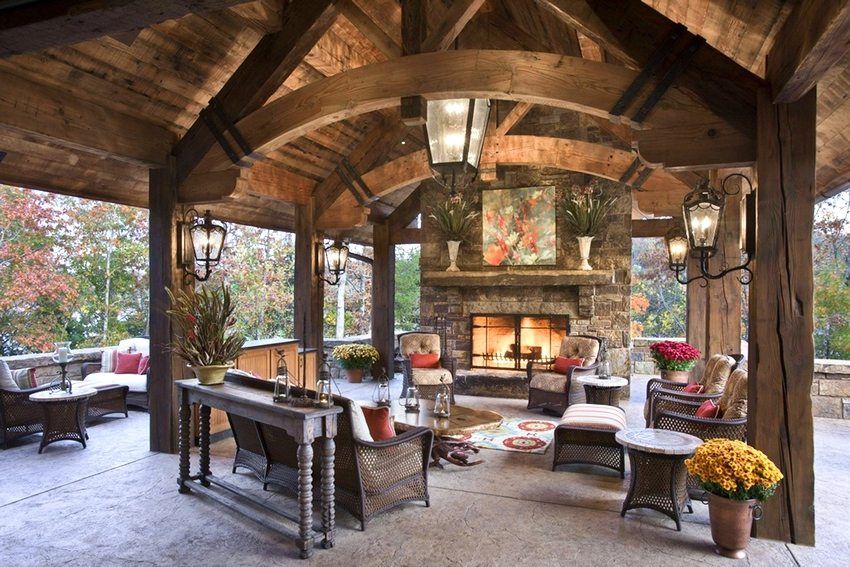 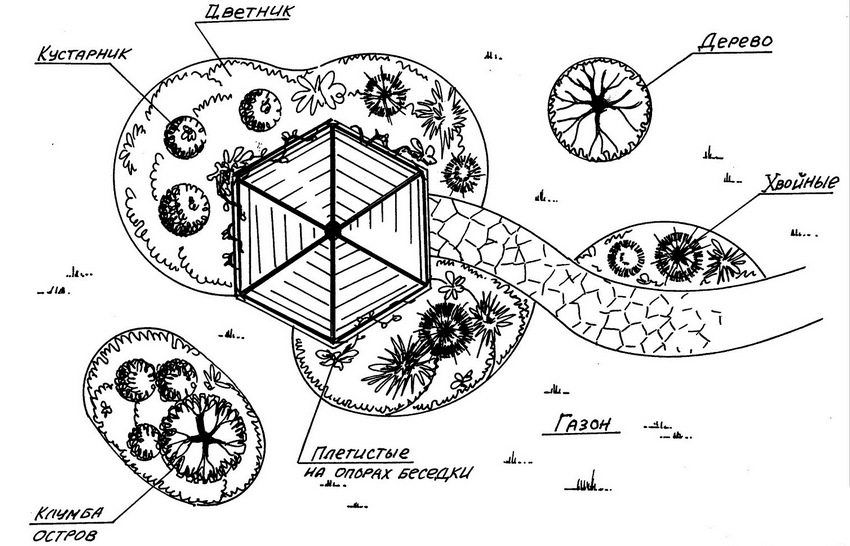 There are no strict rules for the location of the gazebo, but by following the recommendations, you can avoid mistakes. If you have chosen a place for a gazebo with a barbecue near the house, it is advisable to use for its roof a coating of the same material and color as the main building. This will give the architectural composition a uniform style. Construction of gazebos begins with the preparation of the site under construction. The selected area is cleared, if necessary, the marking of the future structure is aligned and made according to the drawings. For marking use wedges (pegs) and construction cord, which is stretched between them. Then arrange the foundation. Under the gazebo use the column base, under the brick oven-brazier stack ribbon-shallow base or monolithic slab. 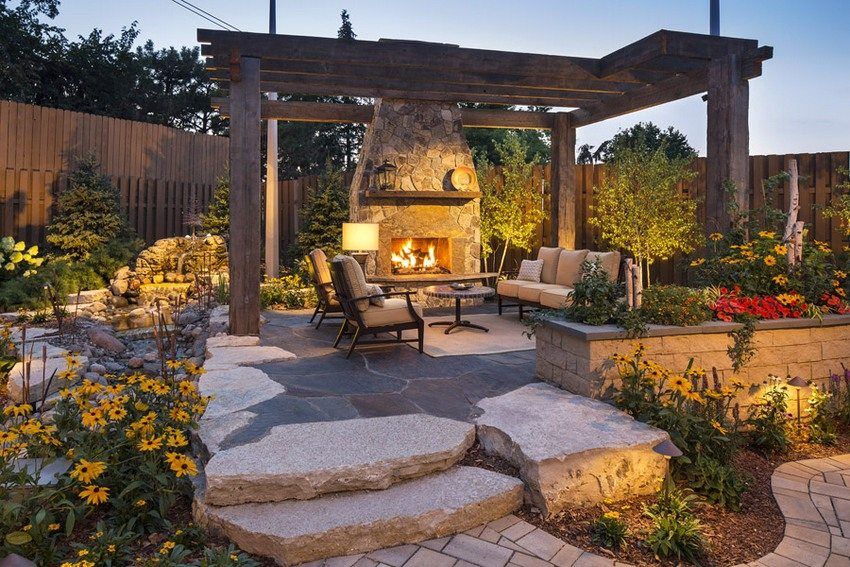 As soon as the base concrete grabs, proceed to the construction of the barbecue. Begin construction with the device stand under the furnace. The cavity formed under this stand will serve as a wood fender. Next, proceed to laying bricks mangal. All rows are performed according to the order stacking scheme.

The first and second rows are stacked, filling all the space inside the perimeter of the barbecue. Next, lay out the rows around the perimeter, forming a niche for storing firewood. Laying bricks around the perimeter serves as the foundation of the furnace. After this is an opening for cooking. The height of the opening is usually seven bricks. 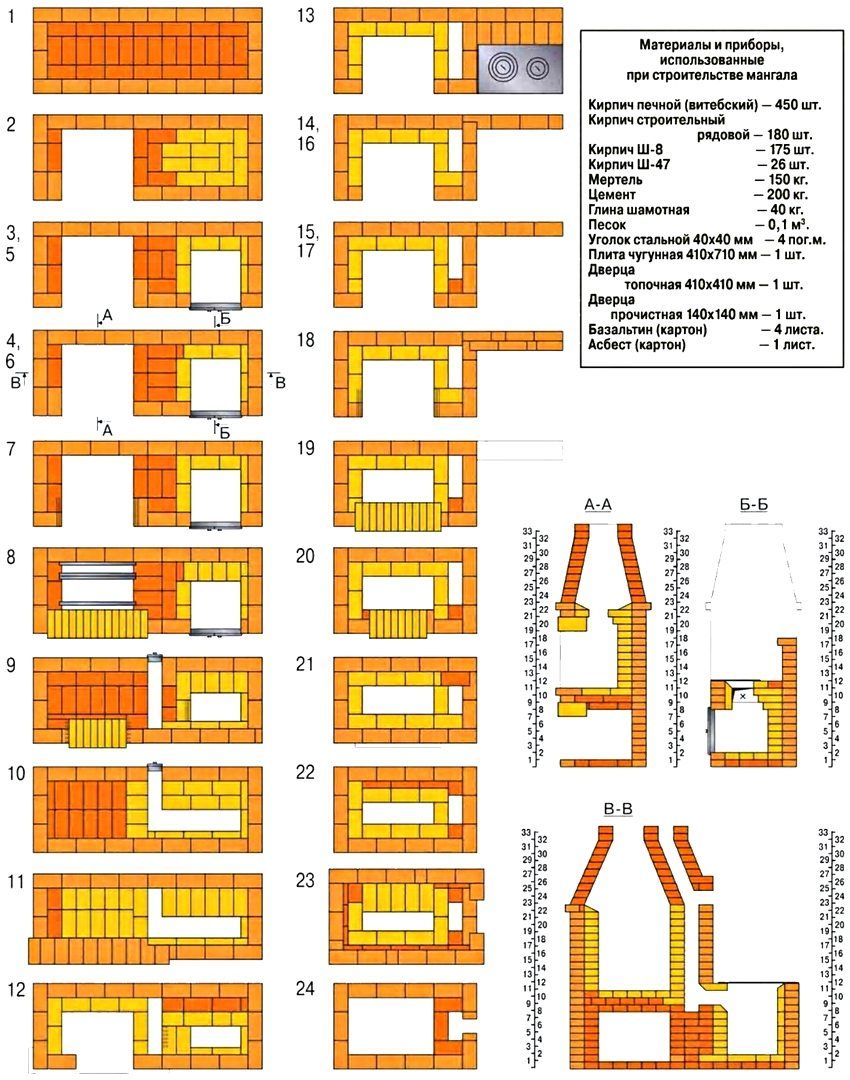 When the construction of the barbecue is completed, equip the chimney, placing the bricks in a circle. Inside the chimney is covered with metal, which greatly simplifies maintenance. At the very top of the chimney have a metal cap that protects the grill from precipitation.

After the brazier is erected, they proceed to the construction of the arbor itself. Before laying the floor, make an insulating layer of roofing material so that the floor material does not absorb moisture from the soil. In open constructions, the floor is arranged with a slight bias so that the falling precipitations can quickly be removed by gravity. 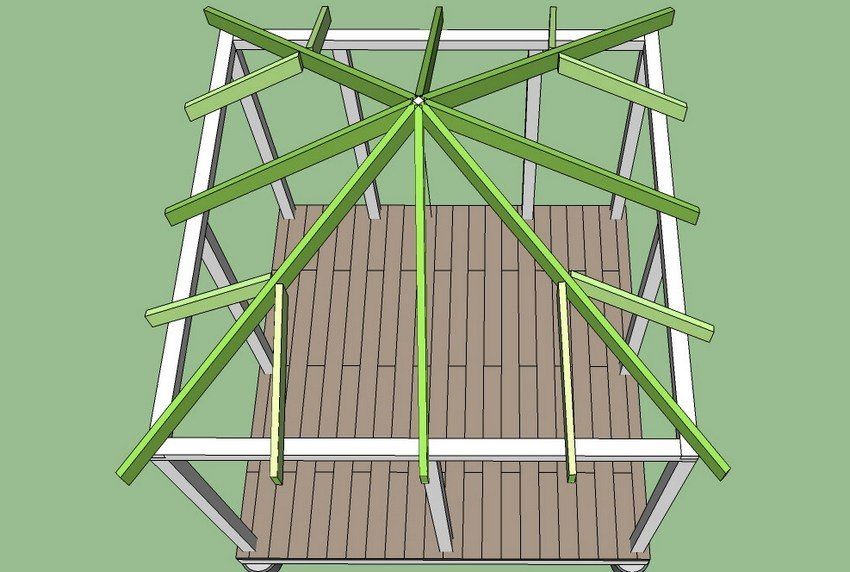 For the device of the floor, the lower horizontal trim along the perimeter is first made of timber. Bars of a binding are fixed on the hairpins which are previously laid in the base, and drag on a washer. Further lags are attached with a step of 40-50 cm. And then sheathe the floor with a board, plywood or OSB-plates.

Helpful advice! If the floors in the gazebo are wooden, it is necessary to cover some space around the barbecue with a metal sheet or to arrange a tile floor in this part. This eliminates the risk of fire if accidentally spilled on the floor of ember.

If the gazebo has a solid construction, you can make the floor of concrete, which is poured on the ground, or from paving slabs.

If the gazebo is open, then the pillars are mounted, which are installed strictly vertically, using temporary sticks for fixing the position. The support bars are mounted on the horizontal bars of the strapping. Sometimes for structural strength, vertical uprights are reinforced with transverse beams. Between the supports arrange fences of railings and balusters.

Roof frame for gazebos mounted on the ground. The ends of the truss beams on one side are slaughtered at an angle of 45 degrees, and on the other – they cut out locks and connect them. The finished roof structure is raised and installed on the gazebo frame using a bolt mount.

Next, proceed to the trim, which can be arranged from boards or plywood sheets. In the place where the chimney pipe will be located, a hole is made, and the pipe itself in this place is covered with asbestos cardboard. After performing all these works, proceed to the coating of roofing material. For security reasons, usually in arbors for giving with a brazier (a photo to that in confirmation) use a metal tile or a professional flooring. But with the proper conduct of all work, flexible shingles or polycarbonate are suitable for such arbors.

The construction of gazebos with a brazier requires special attention, strict adherence to design requirements and compliance with all fire regulations. Therefore, if possible, seek professional help from professionals.

Raspberries – a very common and many favorite berries. The fruits ripen early, smell

What documents are needed when buying a land plot: list

Outlets in the kitchen: location, diagrams and design features

How to make inexpensive garden paths

Wood fireplaces for the home: a stylish accent in a rustic interior