The issue of heating is topical in our regions as nowhere else – a rather harsh climate makes it necessary to think over the heating systems of a dwelling during the cold season. But when it comes to autonomous systems that do not require large expenditures and complex installation, many questions arise. Consider one of the most popular options – a catalytic gas heater: advantages, disadvantages, and also features of use. 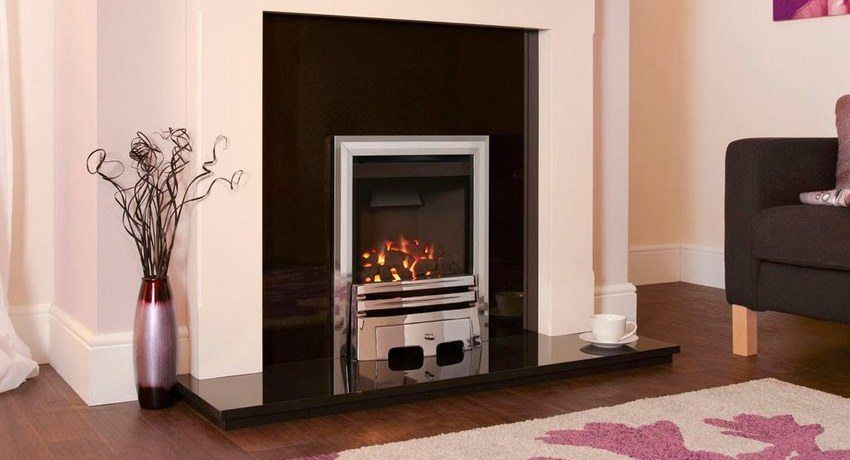 Catalytic gas heater: the principle of operation of the device

Catalytic heaters appeared on the open spaces of our country relatively recently, but this did not prevent them from occupying a decent market position at the moment. The principle of their work is fundamentally different from those used in other gas appliances. In the standard scheme, the fuel entering the burner is subjected to combustion, as a result of which thermal energy is released.

Among the disadvantages of such a method of heat production can be noted the fact that in the process a large amount of by-products of combustion is released. This negatively affects both the efficiency of the devices and the ratio of oxygen and carbon dioxide in the room. Catalytic heaters these drawbacks are not typical, since the principle of their work is different.

The process of burning fuel in a catalytic gas heater does not imply the presence of a flame. Instead, the following processes occur:

As a rule, the plate, which is used in catalytic heaters, is made of fiberglass with platinum powder added to it. This allows the device to be not only safe, but also environmentally friendly. In addition, the thermal efficiency of such a system is much higher than that of gas burners of the standard scheme, which explains the popularity of these devices. 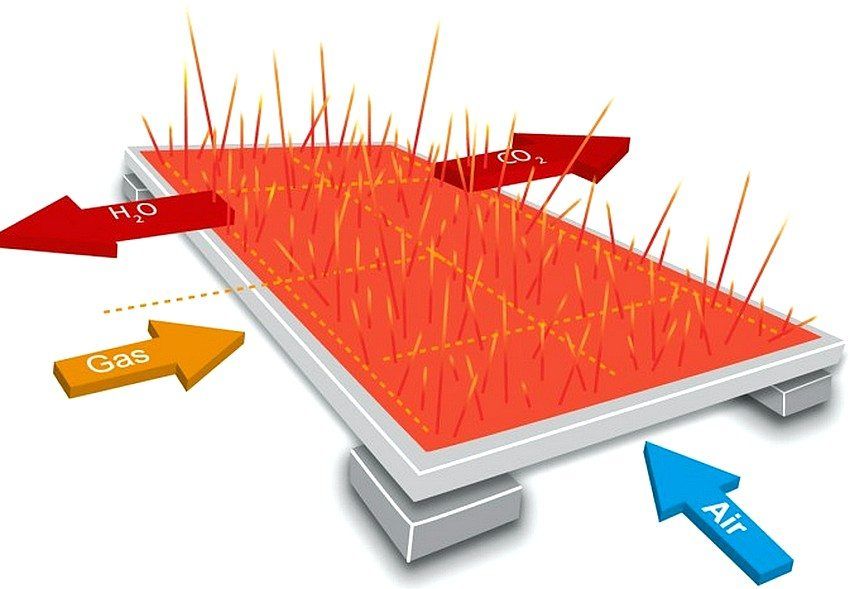 Catalytic heaters may vary depending on the type of fuel used, as well as some features of the work. Since the internal structure of the heater directly affects its performance, consider the main groups of such devices: 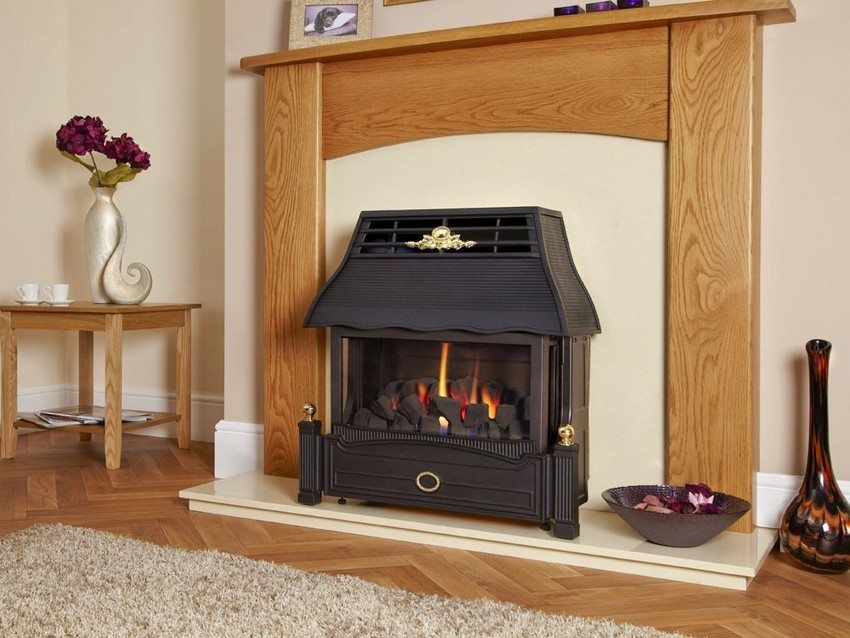 Helpful advice! For greater convenience, some models of portable catalytic heaters are additionally equipped with a hob. This allows you to make cooking in field conditions more comfortable.

In addition to the main types, there is another one – catalytic multi-fuel heaters. This type of device can operate on any available fuel – both liquid and gaseous. The power of such a device is usually from 500 to 1200 watts. 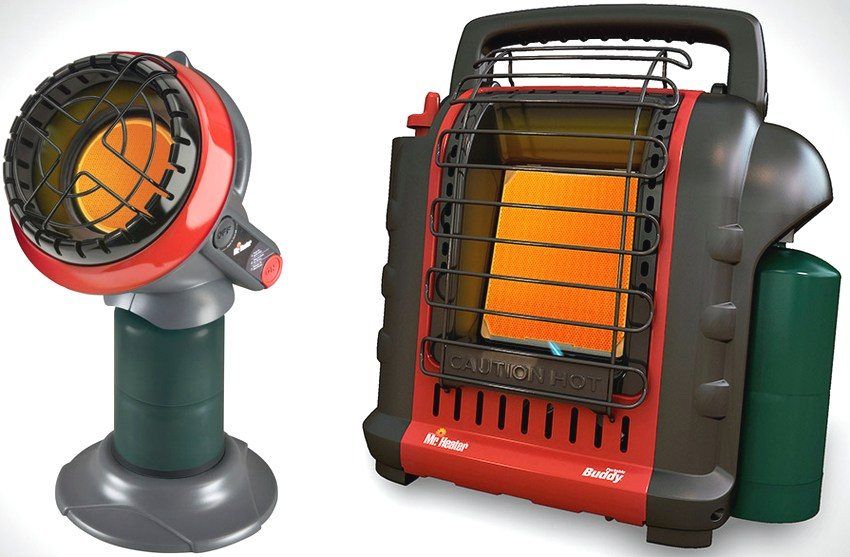 Another parameter by which it is customary to distinguish catalytic heaters is the presence of an infrared emitter. Models with this addition have a point effect due to ceramic panels and reflectors located on the inner surface. So thermal energy, transforming into infrared radiation, enters the environment.

Such devices, as a rule, have extremely high performance and work on gas fuel. Their use is not limited to heating homes. Often you can find such heaters on the street: they can be equipped with summer platforms and verandas. Thanks to infrared radiation, the devices do not consume energy to heat the ambient air, but act on the surrounding objects by heating them.

It is difficult to say unambiguously which gas heater is better: infrared or catalytic without a diffuser. In the second case, the device warms the air, and not objects, which is absolutely not appropriate when it comes to installation on the street. In any case, it is worthwhile to study the issue of gas catalytic heaters more deeply: you can easily find reviews about each model on the network and draw the appropriate conclusions. 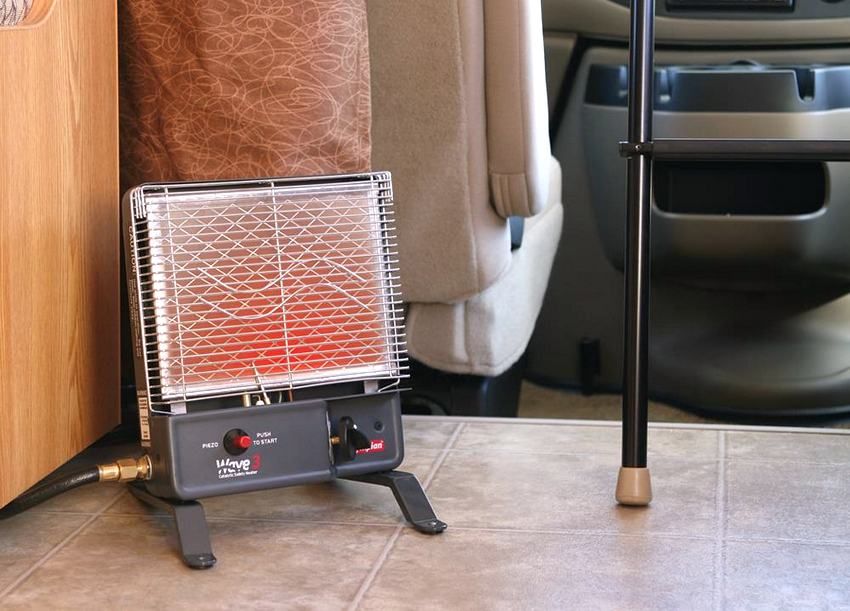 Helpful advice! If there is a need to heat a large area, it is best to consider the option of a heater with a fan heater. This addition will quickly increase the temperature of the air in the room.

Before you buy a catalytic heater, you need to understand all the advantages and disadvantages of this method of heating.

Advantages of a catalytic heater: 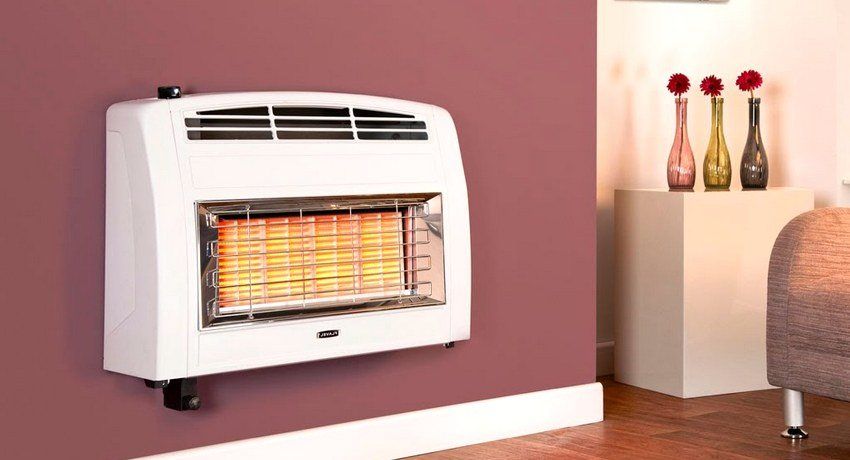 Despite the abundance of significant advantages, catalytic heaters are not without drawbacks: 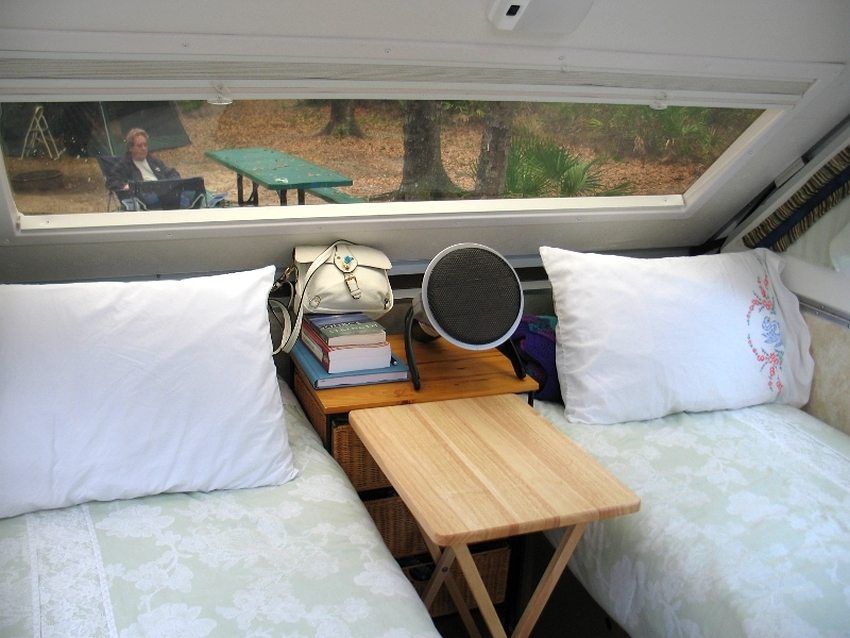 If you are thinking about whether to buy a catalytic heater for the garden or at home, probably the most important selection criterion will be the safety of operation of the device.

There is an erroneous opinion that catalytic gas heaters may be unsafe and can put the life and health of users at risk. In fact, it is not. Of course, as with any other device, with a catalytic heater, you must comply with safety regulations that are designed to minimize potential risks. 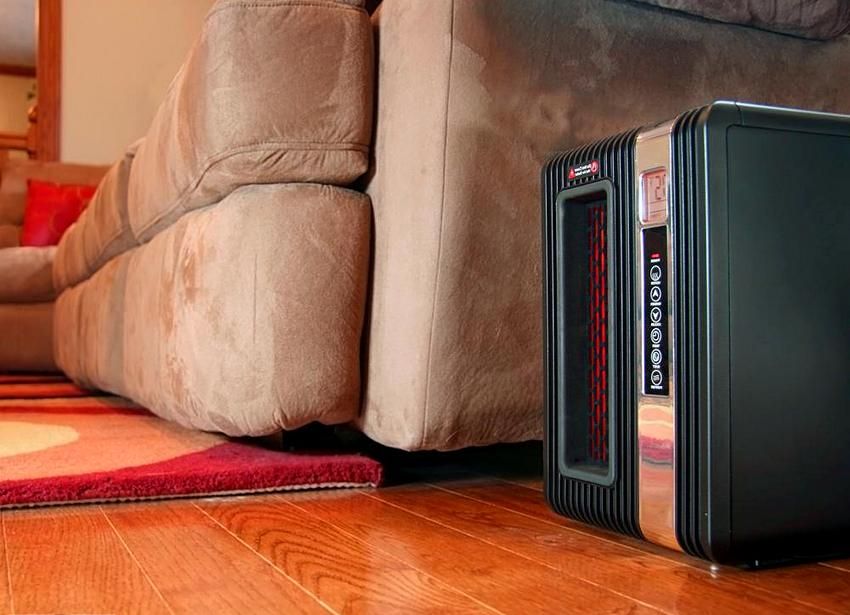 With regard to the effect of this heater on the human body, we can say with certainty the following: carbon monoxide is not formed as a result of the oxidation process and, accordingly, does not accumulate in the room. So there is no risk of poisoning. In the case of using infrared radiation, extremely long waves are used, which are not only harmful, but even useful.

Note! It was repeatedly confirmed that infrared longwave radiation has a positive effect on both the nervous and the immune system of a person, having a beneficial effect on health in general.

There are not so many companies that offer really high-quality products in the market of heating equipment. Therefore, choosing a suitable option for yourself, it is worth paying attention to reputable manufacturers. Let’s try to figure out which companies’ devices are the most popular, and also consider the features of some models of these manufacturers. 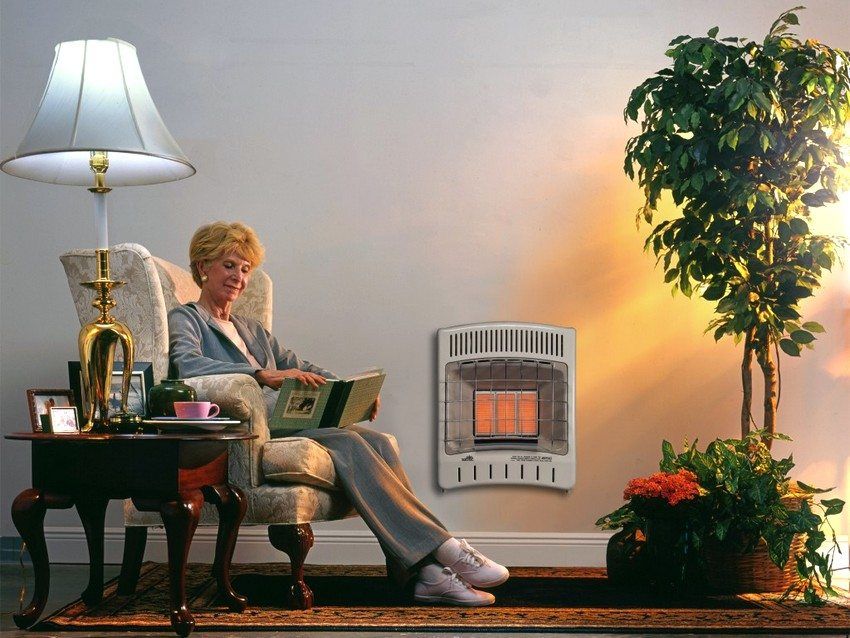 Heating equipment of the famous Italian brand Bartolini enjoys great popularity in Russia. Releasing quite powerful devices (from 2900 to 4200 W), this company provided a lot of houses with heat. The manufacturer focused on the complete independence of the devices from the presence of any communications. All models run on liquefied gas.

The most popular among the presented models is the gas catalytic heater Bartolini pullover k. Reviews of the most positive, and the cost of this device is one of the most affordable. At the same time, if it is necessary to heat a room whose area exceeds the standard 35 m? For these devices, Bartolini pullover i can be purchased. It has great power and can easily heat about 50 m ?. 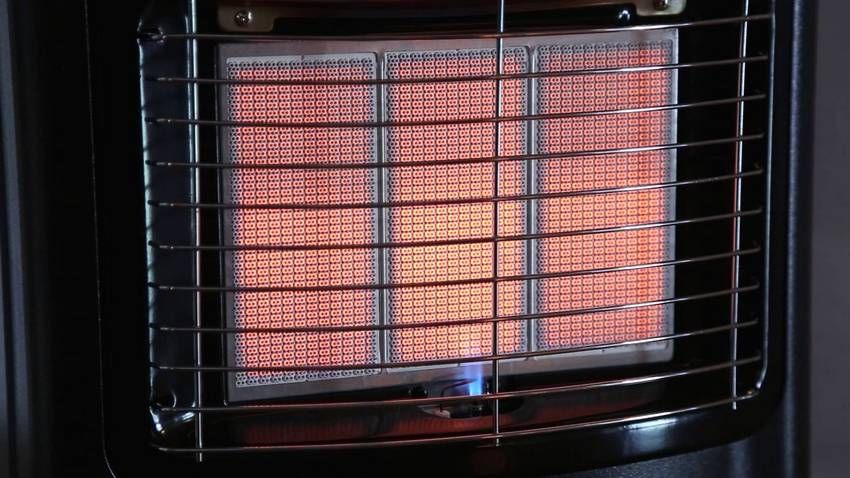 How to choose a gas catalytic heater: Bartolini pullover k, Bartolini pullover i or any other of the proposed options should be decided on the basis of personal preferences and operating conditions of the room, which is supposed to be heated. In any case, there is no doubt about the quality and reliability of devices of this manufacturer.

The second most popular place is confidently held by Campingaz. For more than 60 years, this French company has been manufacturing all kinds of equipment, mainly gas. The company focuses on ensuring the most comfortable stay in nature at any time of the year. And a great example of this is the gas catalytic heater Campingaz cr 5000 turbo.

The maximum power of this heater is 3000 W, while the device is equipped with its regulator and piezo igniter. The device is quite economical – when used at maximum power, fuel consumption is not more than 0.2 kg / h. 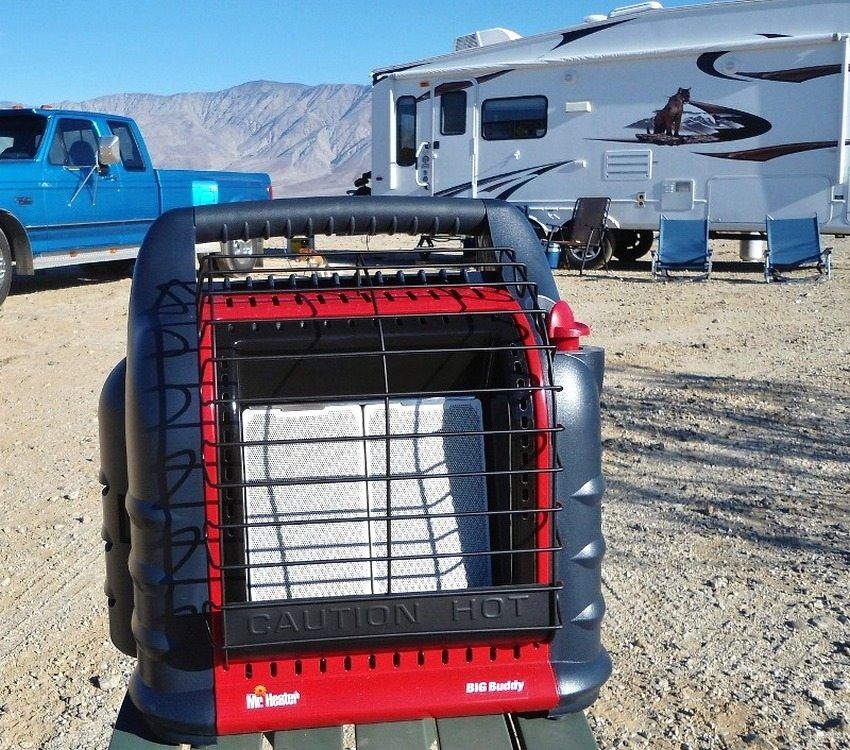 The Korean company Kovea closes the top three among foreign manufacturers, whose gas heaters are now popular. This company is ready to offer its customers a variety of different models, as well as, as a supplement to them, special purified fuel.

Table with the characteristics of the three best models of heaters Kovea:

If you wish to purchase an even more budgetary heater, you should pay attention to the Argo gas catalytic heater of domestic production. This device is widely used for heating verandas, garages, as well as industrial premises, where there is a high level of air circulation. It is not allowed to use this device in small or closed rooms.

Most often the Argo heater is used when it is necessary to maintain the heat in the greenhouse or shed where the animals are. Many farmers use it to grow their produce. 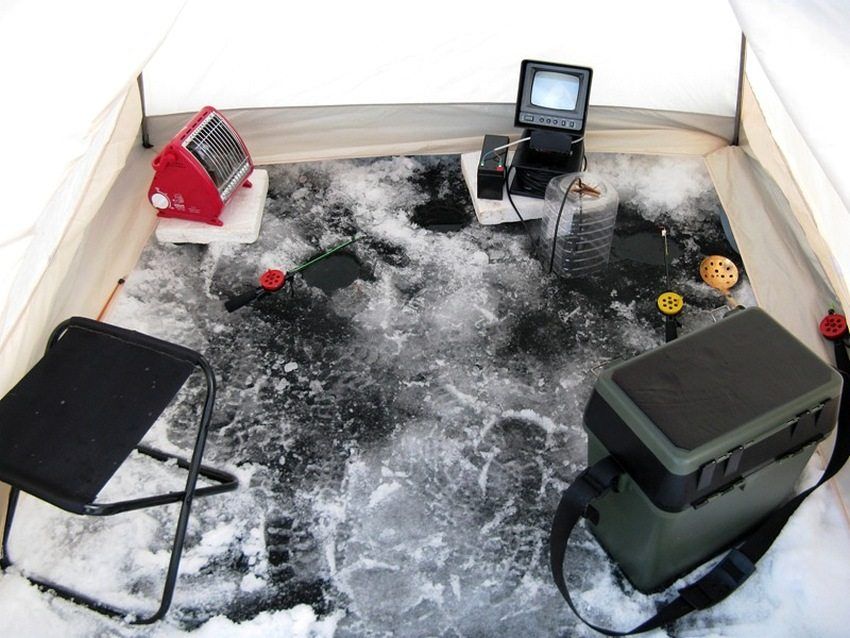 The device also runs on liquefied gas, which enters it from a cylinder through a special hose. The volume of the cylinder can be from 5 to 15 liters. With a power of 2900 W, the device consumes only 0.25 kg / h of gas, burning it on a panel heated to 800-900 ° C. The percentage of carbon dioxide emitted does not exceed the index of 0.01%. Nevertheless, as mentioned above, it is not recommended to use this heater in poorly ventilated rooms.

The device has a small size, but considerable weight. With dimensions of 420x330x210 mm, its weight is 6.7 kg, which makes it difficult to move over serious distances. However, for stationary use, the Argo heater is a good option. Moreover, such a model can be purchased for only 2100 rubles.

The purchase of any device, including a catalytic heater, requires attention. It is necessary to present as precisely as possible: where, in what conditions and how often you plan to use the acquisition. When choosing, it is important to consider both the price of a gas catalytic heater and the reviews of real buyers about this model.

The parameters specified by the manufacturer will help determine the required power of the device. On the package is usually indicated information about what the maximum area is able to cover the heater.

Gas catalytic heaters from a cylinder appeared on the market recently. However, the convenience of their use, as well as a high level of safety and environmental friendliness, quickly made them popular not only among outdoor enthusiasts, but also among those who simply want to warm up their country house or garage. Such devices have high efficiency, affordable cost and are excellent for use in almost any conditions.

Installation of the entrance door is a serious event, which can have different degrees

The hall is the title room of the house. Its purpose should combine common
A unique offer for you

220V voltage stabilizer to give: how to choose a device to protect equipment

Wallpaper for a child’s room for a boy: the choice of decoration, taking into account the age of the child

Sliding partitions for zoning the space in the room: a review of good ideas

Interior doors in the interior of the apartment: photos, models, color palette

How to lay tiles on the wall: instructions for independent work