Geotextiles: what is it and how is it used? This question worries those who have the problem of creating a drainage system on the plot. You are very lucky if your summer cottage is well located in a dry place. Otherwise, one cannot avoid the construction of a labor-intensive drainage system for groundwater. This is where this mysterious geotextile comes in handy. Geotextiles: what it is and how it is used

Initially, geotextiles were developed for use in the field of road construction, but now the area of ​​its effective use has expanded considerably. It can be found in the construction of foundations, roof structures, in the creation of drainage, in works on amelioration, in landscape design and various types of improvement. Although the material looks similar to fabric, it is a non-woven product. Geotextiles are made of tightly woven synthetic fibers. Polypropylene, polyester, polyesters and polyamides are most often used for this purpose. The canvas of this material is able to pass water well, but retains suspended particles of soil. The physical properties of geotextiles are such that it is not subject to temperature changes and can “feel” equally well at –60 and at +110 degrees. The strength of the material is such that it cannot be broken even with a force of 600 N for some species. Like any polymer, the material is not subject to natural decomposition. In terms of ecology, it is completely harmless, so it can be safely used inside the soil cover as a reinforcing, filtering or drainage layer. The drainage pipe 110 in the geotextile filter is best known in the field of drainage systems. 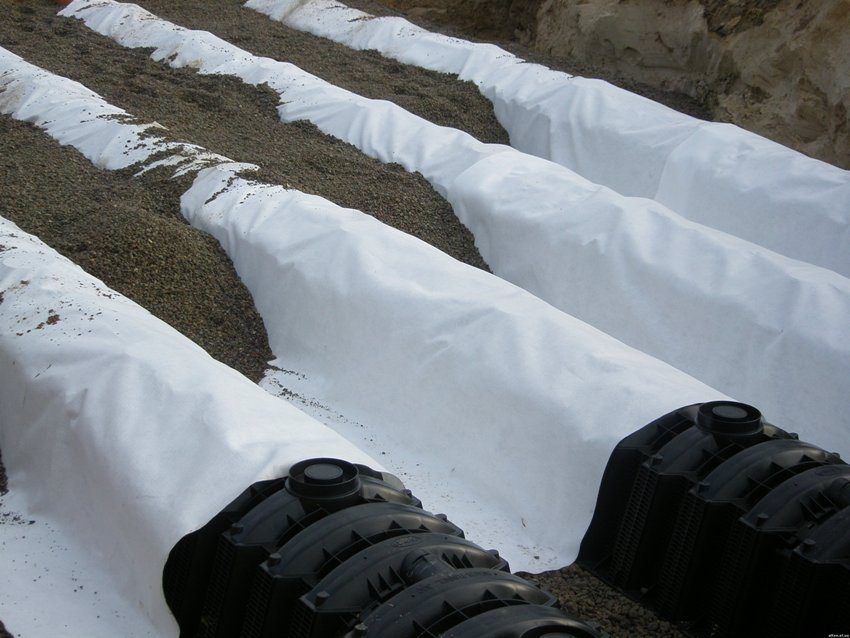 When a question arises as to what geotextiles are and how it is used, an image of the highway being built immediately appears. The fact is that the features of the structure of this material do not allow mixing with different layers of the base of gravel and sand. This increases the reliability of the cushion under the asphalt. In addition, having sufficient rigidity, this polymer fiber is capable of evenly distributing the load from moving vehicles.

The ability of the canvas to filter solid particles during its use to avoid premature leaching of sand, gravel and cement from the road. This prevents the formation of potholes and gaps, which extends the life of the road by one and a half times, increasing the economic profitability of construction.

During the formation of the suburban area and the construction of various water bodies on it, the use of geotextiles can be very popular. Ponds, pools and other hydraulic structures need an efficient drainage system. Detaining fine contaminants, but perfectly flowing water, the geotextile cloth is designed to protect the waterproofing film from various mechanical damages. 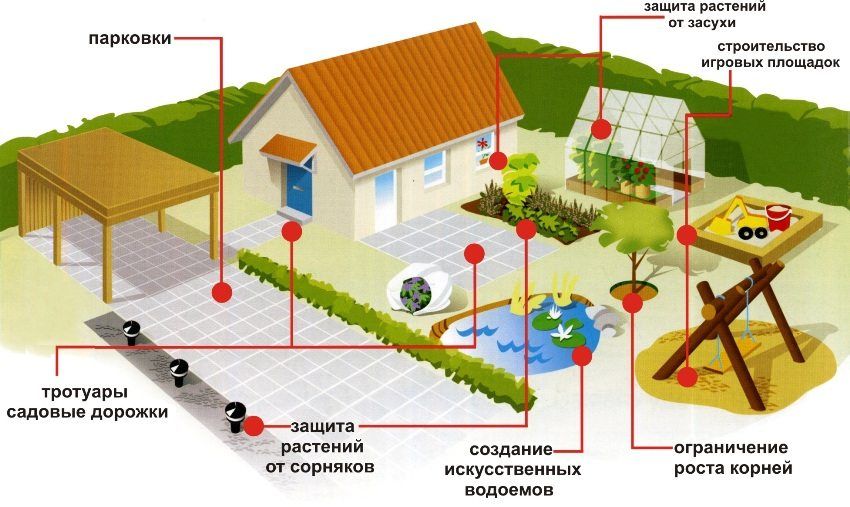 Helpful advice! Knowing what this geotextile is and how this material is used in practice, you can use it to suppress excess plant growth. For this purpose, the canvas covers those parts of the coastal zone of the reservoir where landscaping is impractical.

The so-called inversion roofs suggest their landscaping. To protect the insulation from soil particles, the geotextile canvas is placed on the waterproofing between the soil layer and the drainage layer so that they do not mix. In this case, the “green roof” will work very effectively and for a long time. The most dense geofibre is often used to reinforce the foundation for the application of bitumen on a soft roof. 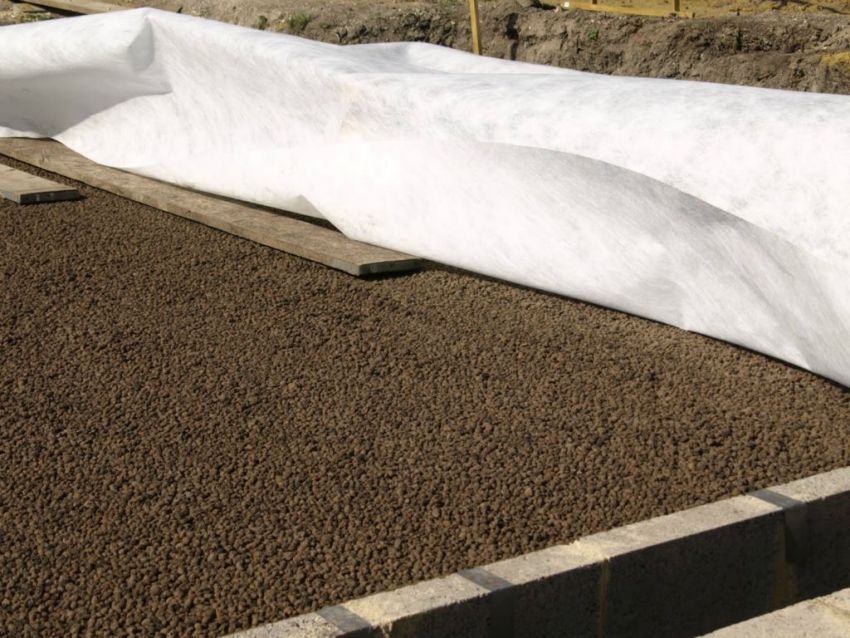 When creating a heat-insulating layer in the expanded clay floor using this material, it is possible to prevent the granules from being contaminated with concrete solution. In this case, a layer of cloth serves to strengthen the screed. Geotextiles strengthen the septic tanks, strengthen the banks of dams and embankments, it can be found in the drainage system of basements. If you do not want the trees in your garden to destroy the paths with their roots, use geotextiles. 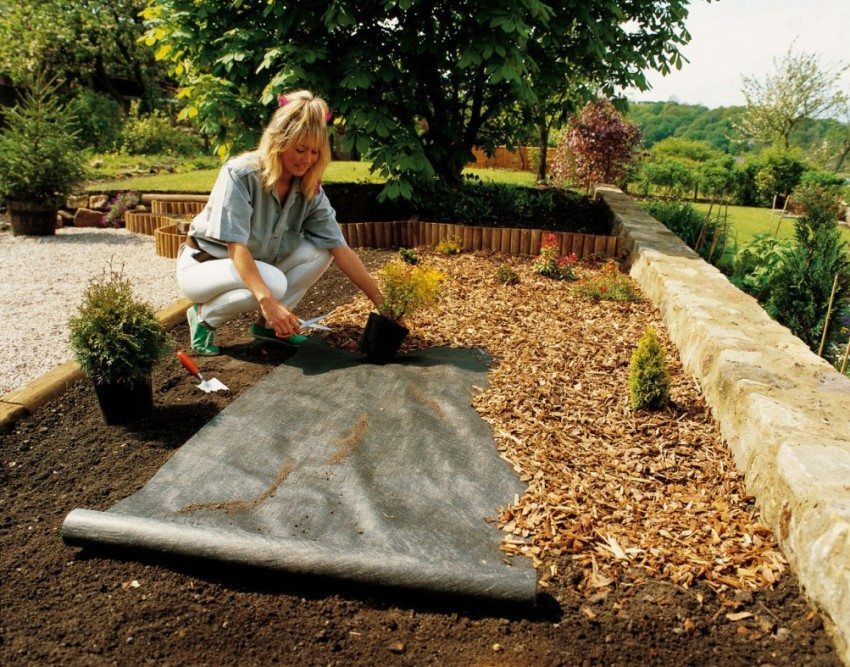 What is geotextiles and how it is used, we figured out. Now let’s take a closer look at what types of geotextiles exist.

Most often, geotextiles can be divided into types, based on the method of its manufacture: 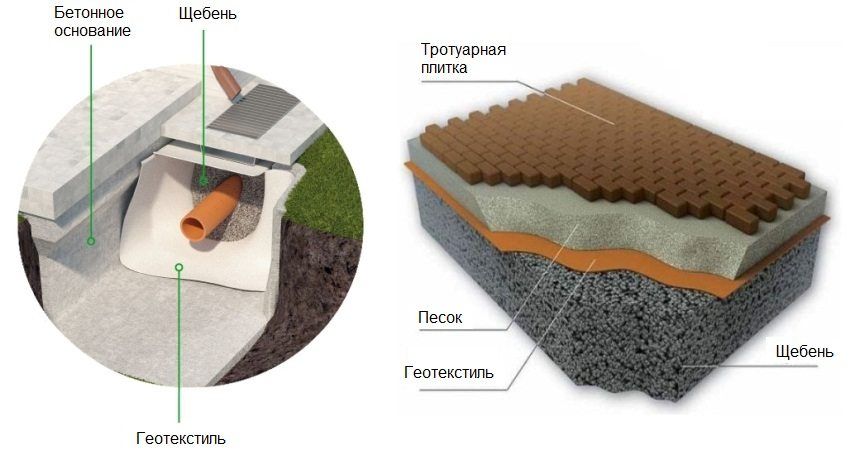 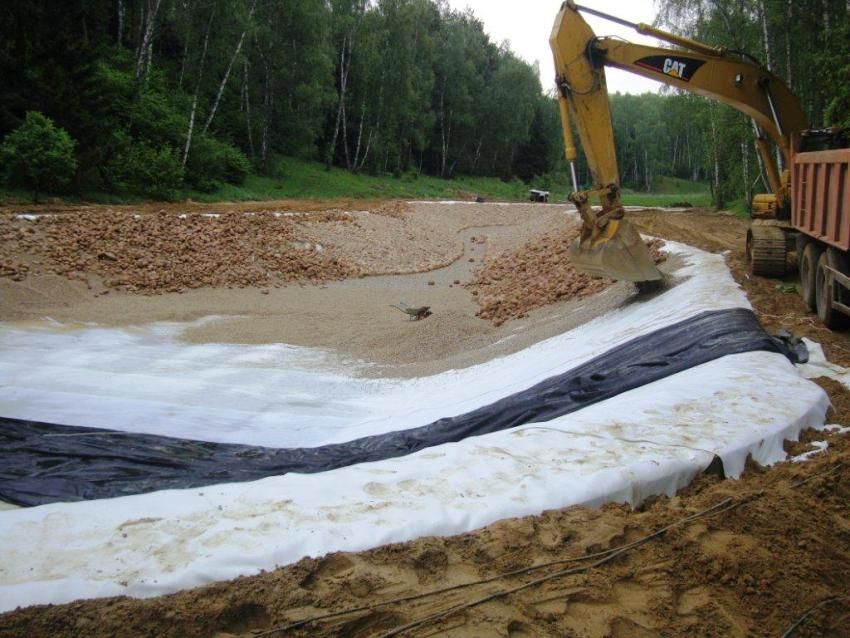 The entire existing range of geotextiles has a thickness of from 1 to 3 mm and is sold in rolls. The length is 100 – 350 m. The width varies from 1.6 to 6 m. Such an important indicator as density is 80 – 600 g / m2. This indicator is decisive in deciding how to choose a geotextile for drainage. After all, only canvas with a density of 150-200 g / m are suitable for this purpose.2.

If everything is so unambiguous with density, then what about other parameters? It is clear that the use of cloth with natural fibers for drainage systems is unacceptable. Which geotextile to choose determines the material from which the drainage system is arranged. Experts believe that thermally bonded geotextiles work best for gravel. The system of geocomposite mats allows you to safely use the needle-punching fabric related to non-woven types. Helpful advice! In drainage trenches, it is best to lay 110 drainage pipes in a geotextile filter. It will provide the most efficient filtration and removal of groundwater from the site.

For the correct choice of geotextile it is necessary to know the properties of the soil on your site. Depends on what density will suit you. After that we determine what material the drainage will be made of. Depending on the decision, choose the type of material according to the method of manufacture. It is necessary to carefully weigh all the data before finally selecting the geotextiles for drainage. how this is done, it has already been outlined. The main thing is to take into account a few nuances when laying the canvas itself.

Any drainage system is able to work correctly only if the following important rules are followed: 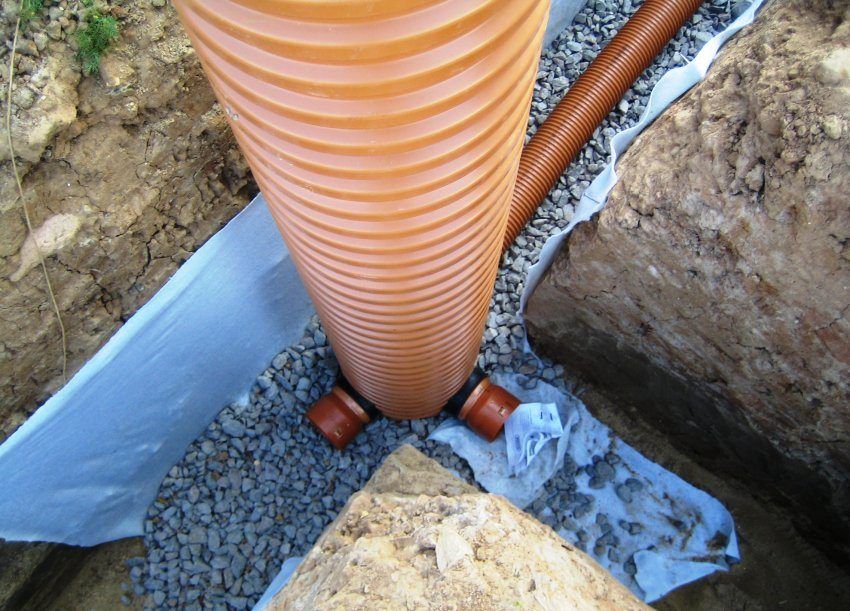 Helpful advice! Drainage system, arranged in overmoistened soil is not always able to cope with the load. In this case, it is recommended to lay drainage pipes 110 in a geotextile filter as a drainage.

The use of such material as geotextiles in drainage systems allows to save crushed stone perfectly. It will be less subject to clogging and will retain its drainage qualities. The perforated pipes wrapped in the web will not be clogged. The soil will be strengthened without harm to themselves. All this is real with the correct choice of the density of the canvas.

Products for the kitchen, made of stone, have recently become increasingly popular and popular
A unique offer for you

Penetrating waterproofing for concrete: the best way to protect against moisture

Energy meter readings: transfer data in the most convenient way

Ceilings for the bedroom of plasterboard: photo and installation process

Furniture for the terrace: a stylish design of summer areas

GOSTs of steel pipes: the main standards of quality products

Chairs from a tree: ideological plan and realization of the creative project