When constructing buildings, as well as any structures involving the use of reinforced concrete, certain rules and strict recommendations must be adhered to. This is both building experience and joint venture norms, enshrined at the right level. One of these norms will be the main focus of our current review. We will find out what the minimum concrete cover for reinforcement in the foundation is, the purpose, the function of this barrier. As well as the main indicators for different types of structures and products that need additional security. 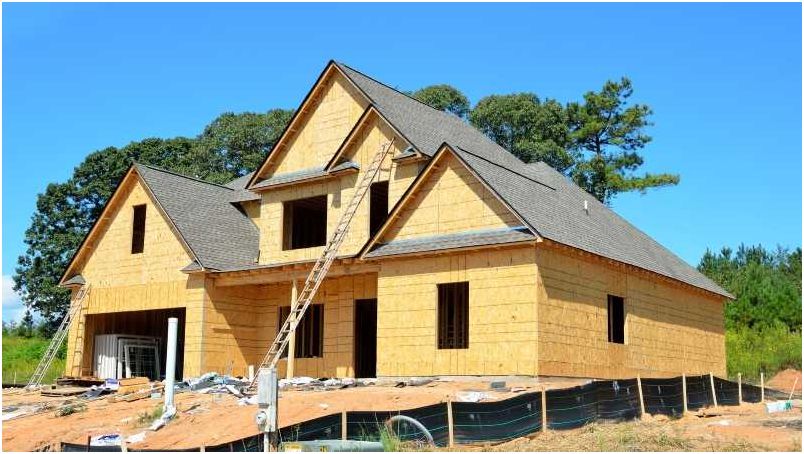 To begin with, let’s clarify that the factor of additional security means the amount of concrete that fills the space from the steel frame itself to the edge of the monolith. As you know, the frame should not protrude beyond the contour. Otherwise, he will be in contact with the external environment. Which will lead to the most unfavorable consequences. If the solution fears only physical damage, mechanical pressure, then everything is not so simple with the internal elements. They can be deformed as a result of chemical factors. This is the action of moisture, an oxidized environment, acids and alkalis, electricity. The key hazard is corrosion. What entails, first of all, a weakening of the physical parameters of the product. It will become much more brittle and fragile, and will not be able to fulfill its functional purpose. And it consists in increasing the bending resistance. After all, concrete easily holds almost any compressive load, but bending is its weak point. He is 15 times more vulnerable in this parameter. And without rods, it will simply begin to crack, even from permissible loads. Its surface will quickly erode.

As a result, what is the minimum concrete cover for reinforcement is the value from the nearest metal element to the contour of the slab or the face of the monolith. It should be understood that specific numbers are influenced by a huge number of conditions. And also what specific function the barrier will perform in a given situation. After all, this technique has many purposes. The basic ones include:

So, the instructions for choosing the required thickness are contained in the normative document SP 63.13330. And there are given not only strict numbers, but also a lot of applied recommendations. Which are best to follow to avoid overspending.

If you understand the document, it is easy to understand which protective layer of concrete for reinforcement in SNiP is considered necessary. Or rather, the optimal one. That’s right, the minimum parameters are written down, they must not be violated in any case. But there is no maximum level as such. However, it is indicated that the base size should not be exceeded by more than 15-20%. After all, the larger the mortar cushion the builders put on the frame, the greater the subsequent damage is possible. First of all, the weight of the monolith increases. And it is determined based on all the features of a building or other structure. Exceeding the parameter can have a very negative effect. It is also just economic damage. It turns out a small overpayment in the conditions of a single item. But if huge volumes of construction are meant, then cost overruns reaches colossal indicators. Which are capable of leading the entire project to a lack of profitability. And the protective layer of the working reinforcement of the floor in the column, and in the slab, and in any other product must always follow the logic of economic expediency. These parameters have a very simple relationship. The value depends on: 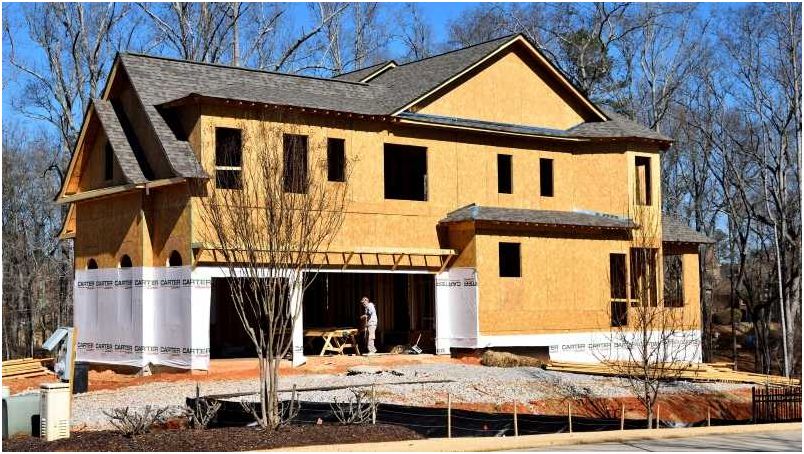 It is worth knowing that compliance checks carried out by the construction company itself or by the competent supervisory authorities can easily determine whether the building code is being complied with. Moreover, for such a procedure there is no need to damage the very faceting of the object, to destroy part of the slab. For this purpose, special equipment is used, which, by fixing the level of magnetic radiation, determines how far away the metal is. To determine the thickness, the following aspects are taken into account:

In this case, the maximum concrete cover for reinforcement is determined based on the only possible value between the minimum and economic feasibility. In order not to overpay, you always need to focus on the low mark, but with a margin of 10%. So that by mistake, trying too tightly to approach the figure, not to violate the norms of the joint venture. 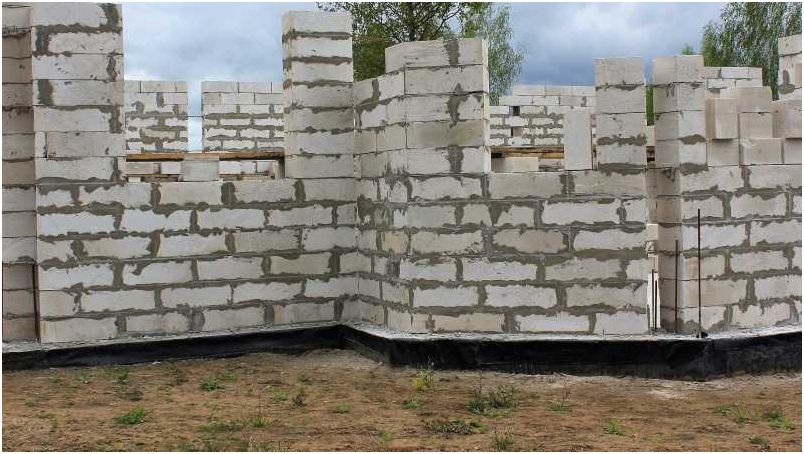 Now let’s move on to specifics, let’s go over the exact numbers. Although, as you understand, based on the huge number of factors that have a direct impact, it is very problematic to name specific values. After all, they can change a lot if the geographical location or the way of using the products changes..

Therefore, to begin with, let’s start with just the climatic factor. More precisely, not its magnitude, but the level of influence. If the product is used inside the house, it is not exactly the same as being laid under tons of soil near groundwater. So, the size of the concrete cover, the table for clarity. All data are in millimeters.

Reinforced concrete products manufactured in factories, as a result, are of higher quality, stronger and more reliable. Considering this moment, the norms of the joint venture officially allow the possibility of reducing these parameters by an amount of no more than 5 mm. If it is a factory-made product. Which is a rarity for modern private construction. Often the necessary foundations or objects are erected on site. This is done even by professional companies that do not want to bother with delivery and procurement. But large-scale construction in any case implies the use of finished goods..

It is important to understand that the protective layer of concrete in reinforced concrete structures in the soil is to ensure the safety of the rod itself. And it is rational to consider that this barrier cannot be less than the rod itself. Therefore, in cases where the diameter of the rogue is greater than the specified minimum value, it is always worth focusing on the diameter. This will be the prescribed rate. The gradation of norms, depending on the specific type and purpose of the structure, differs as follows:

Recall that in these cases, the maximum thickness of the concrete cover is not strictly regulated. But the construction supervision authorities and lawmakers understand that, based on economy, everyone will strive just to the bottom bar. True, those who are not limited by the budget and want to carry out construction, so to speak, conscientiously, we will warn. In this version, more does not mean better. It means more expensive, harder, more inconvenient, more dangerous. But definitely not better. 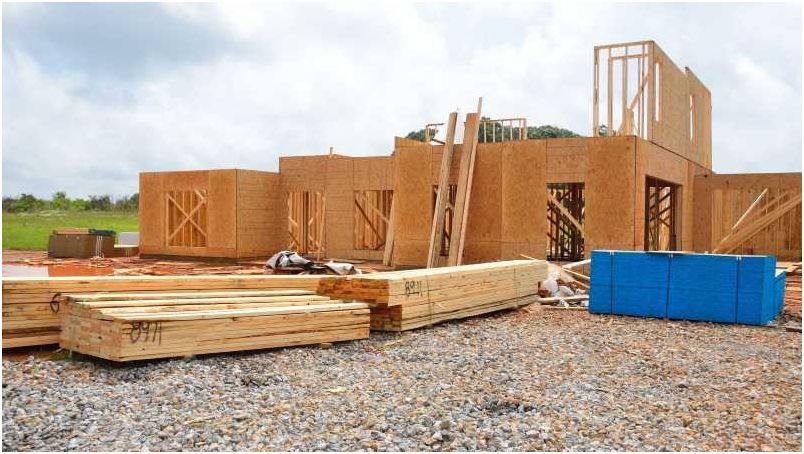 Retainers are a great way to enhance the functional qualities of products without serious interference with the material, and besides, they are very inexpensive. After all, such clamps are made of hard plastic, located inside the monolith. And their price is often against the background of general expenses for construction, just ridiculous.

Now the market is actively using two models. One has two posts that support the mesh. Others have at once a mass of racks directed in different directions. The first option is used less often. But clamps with many racks, reminiscent of rings, are used everywhere. They are mounted directly on the rod, which, as a result, simply does not allow the internal metal base to move towards the formwork. And, thus, it reduces the likelihood of violation of the thickness established by the regulations of the joint venture. Thus, the reinforcement of the concrete cover becomes an easier procedure. Which does not require high-quality calculations, verified technology. And it is easily applied not in factory, but in artisanal conditions.

If the edge of the monolith gradually begins to collapse due to the effect of external mechanical pressure, which to some extent always accompanies active operation, timely repairs will be required. Moreover, the sooner the procedure is implemented, the more likely the chance that serious dismantling will not be required as a result. It is one thing to get rid of the consequences of a collapsed solution, which only slightly begins to bare the metal interior. And it is completely different to deal with the consequences of prolonged exposure to corrosion, when only a faint shadow has already remained on the rod. The following are used as repair procedures:

In any case, it is better not to bring it up to repair. And take action in advance. After all, in fact, if recovery measures are needed, it means that the norms of the joint venture are already being violated at the current moment. And the thickness of the cover layer of the transverse reinforcement at a given time is less than it should be according to the rules.

The storm sewage system is designed to drain water from the local area, which
A unique offer for you

The porch of a wooden house. Photo gallery from professionals

Rating of the best models of petrol trimmer: reviews, which option to choose
Benefits of installing warm windows in a private house

Gas boilers for heating a private house: how to choose and install