Modern wireless mini cameras for covert surveillance are developed using innovative technologies, which allows you to create a device that is commensurate in size with a small button. However, such a small size does not affect the functionality of the camera. Devices are widely used in business and in everyday life. All information about mini-cameras is presented in this article. 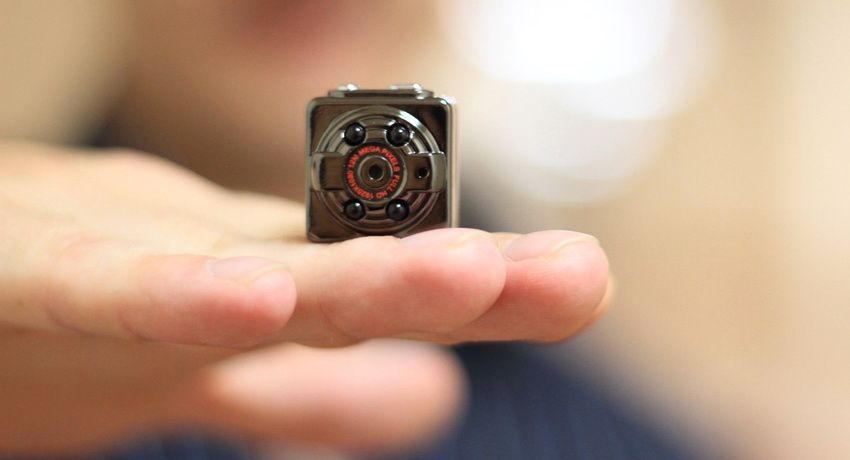 What are wireless mini cameras for covert surveillance

A mini-camera is a small device for video recording of events that disguises as household appliances and interior items. Such advanced cameras have become a worthy replacement for large hidden devices. Mini CCTV camera fits easily into the palm of your hand, which provides the ability to transfer it comfortably and inconspicuously. 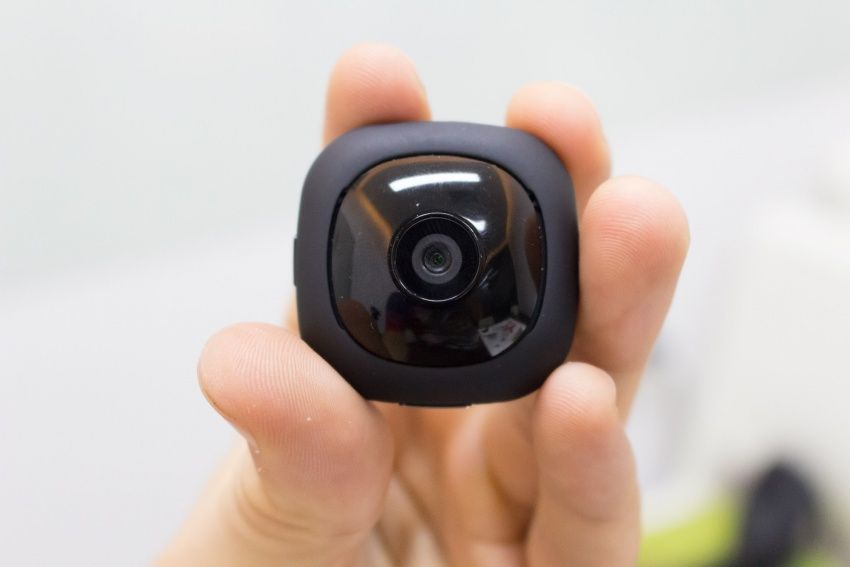 China is considered the main manufacturer of this equipment. From year to year new, improved models are produced, meeting the growing demand of consumers. 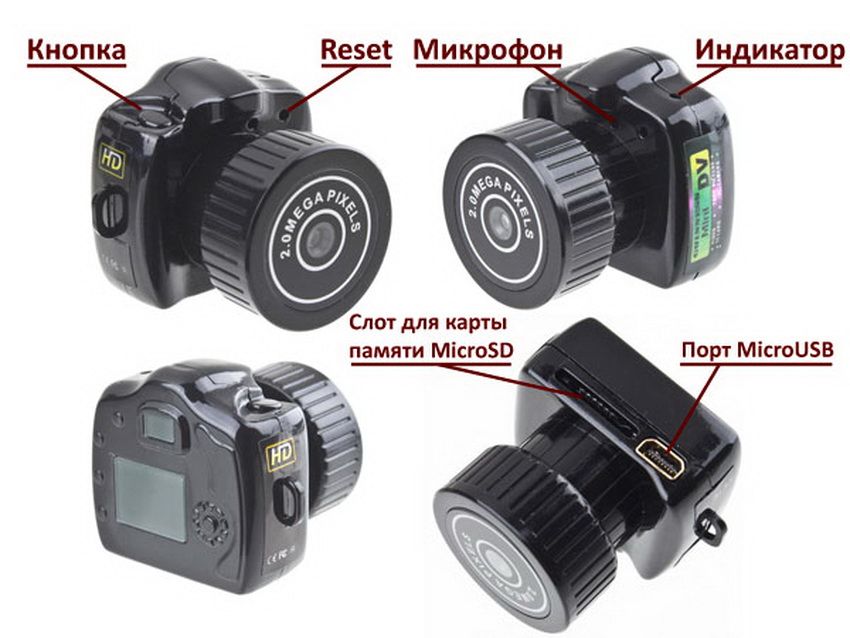 The main feature of mini-cameras is the ability to use them unnoticed. Due to their small size, they can be camouflaged under a button, cufflink, brooch or other item of clothing and interior. Thus it is easy to use the main advantage of the device and conduct covert surveillance of important events and people.

Wired mini cameras for covert surveillance is convenient to use as a permanent surveillance indoors. The cameras are powered from a source of 5-12 V. Video transmission from the device takes place via a cable line. The use of wired CCTV systems is convenient in that it provides high-quality and stable video signal. However, the presence of wires can give a surveillance system, so they also need to be disguised.

Wireless mini cameras for video surveillance are harder to detect than wired ones. Especially if the device mimics a household item. They can work via WiFi or 3G network. The first type of device has a high data transfer rate. However, the range of reception of the signal from them is low and reaches no more than 50 m. 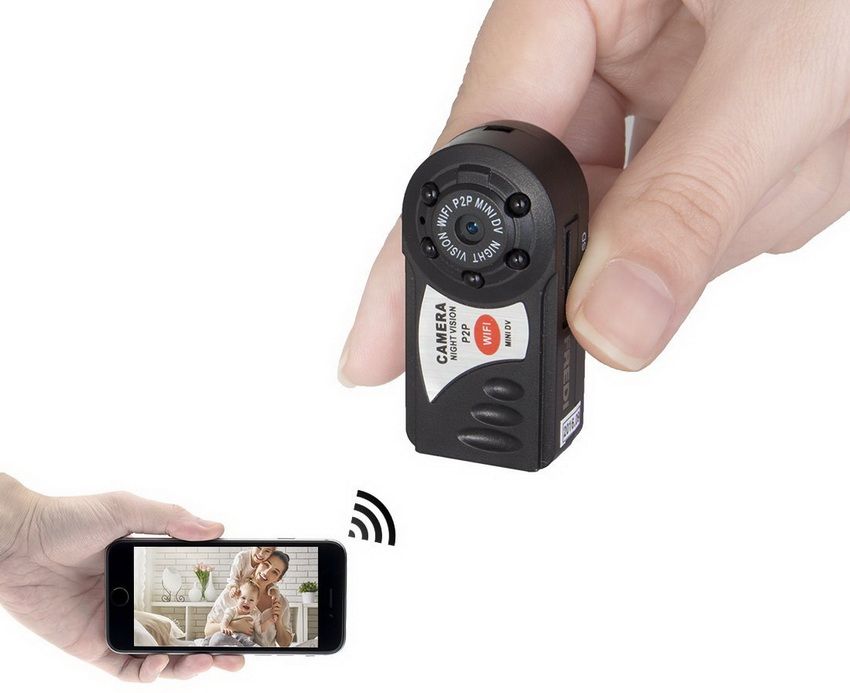 Helpful advice! To increase the communication range of a hidden WiFi video surveillance camera to 8 km, you can install TRENDnet TEW-OA14DK antenna for the receiver.

New models of wireless mini surveillance cameras can work over 3G in places where there is adequate coverage. You can watch the events taking place online from a mobile device, PC or laptop from anywhere in the world.

Autonomous mini surveillance cameras with recording to a memory card are powered by a rechargeable battery or a replaceable battery. There is no possibility of online broadcast images. To see the picture you need to remove the memory card and insert it into a PC or laptop. The disadvantage of this device is the limited amount of memory. To ensure uninterrupted operation and the complete relevance of the recorded data, you must regularly free up space on the card. 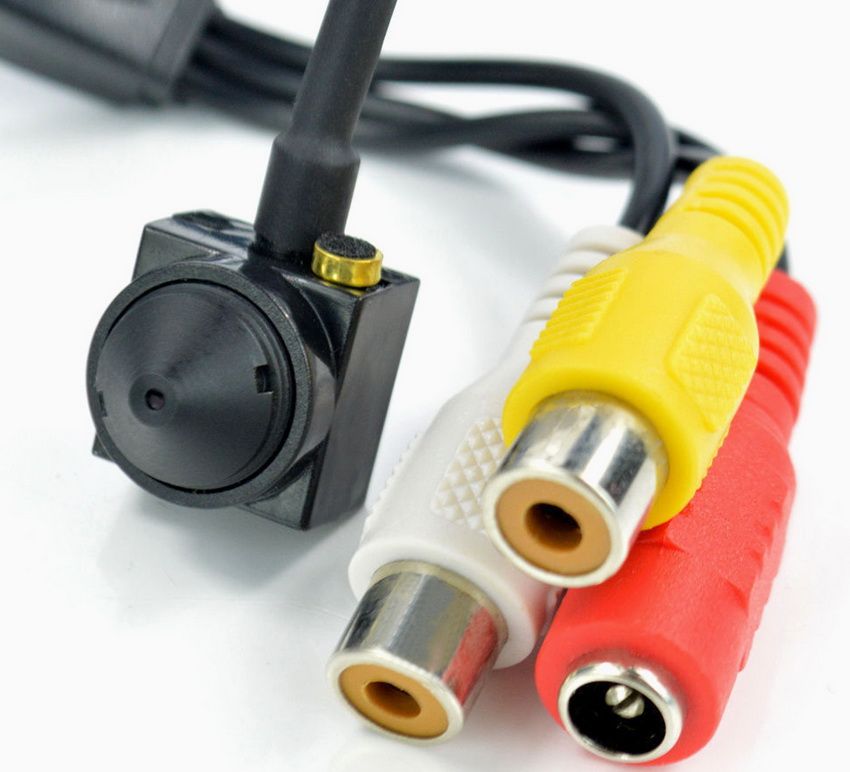 The use of wireless mini cameras for video surveillance with a motion sensor allows you to expediently use a memory card resource due to the device operating in economy mode.

Cameras can be with color or black and white image. Color cameras are better suited for daytime shooting, and for night cameras, black and white should be used. For round-the-clock shooting, it is better to buy a hidden wireless mini surveillance camera of the combined type.

Built-in models can be easily issued as a regular piece of clothing or interior. This can be a pen, a lighter, a button or a brooch.

The work of analog devices and signal transmission is carried out using terrestrial television. This type of camera is not very popular among consumers, because the resulting image is subject to interference and distortion. 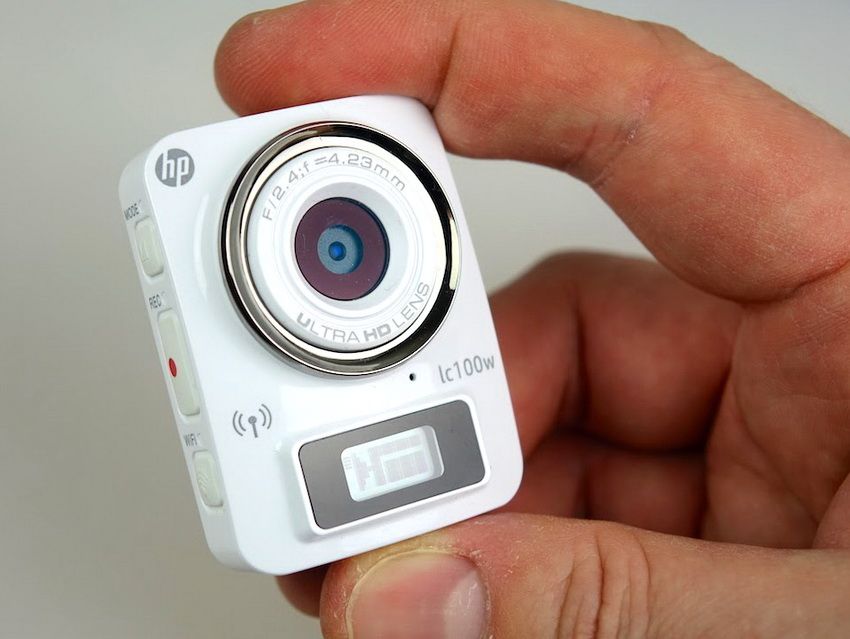 Digital cameras are capable of transmitting a high-quality picture, which is practically not affected by interference. However, they can reduce the data rate. Today, the most popular type of digital device is a Wi-Fi mini camera for covert surveillance. She can work indoors, on the street at any time of the day and period of the year. However, we should not forget that the signal transfer rate decreases when there are walls and partitions between the camera and the DVR.

If it is not possible to use Wi-Fi models, then it is advisable to buy wireless mini cameras for covert GSM surveillance. Usually they are installed in country houses, cottages, construction sites, where there is a constant signal of mobile communication. The picture is transmitted at a speed of 1 frame / sec.

Digital mini-cameras can be black and white or color. The first type provides a clearer picture and increased sensitivity. Due to the fact that a black and white recording requires less memory, shooting an object will take longer. The presence of color does not affect the cost of the device. It all depends on the personal preferences of the buyer. For covert video surveillance in the apartment, wireless mini-cameras are better to choose with a black and white image. Today, the most popular are the so-called “spy” cameras. Their dimensions are so tiny that the devices can be hidden in the rim of glasses, in a pen, brooch, etc. However, despite the small weight and small dimensions of the video camera, they have high technical characteristics. Thanks to this, the devices guarantee good image quality even with minimal illumination.

Spyware can be used on important negotiations in neutral territory, in the conduct of investigative journalism and similar purposes. 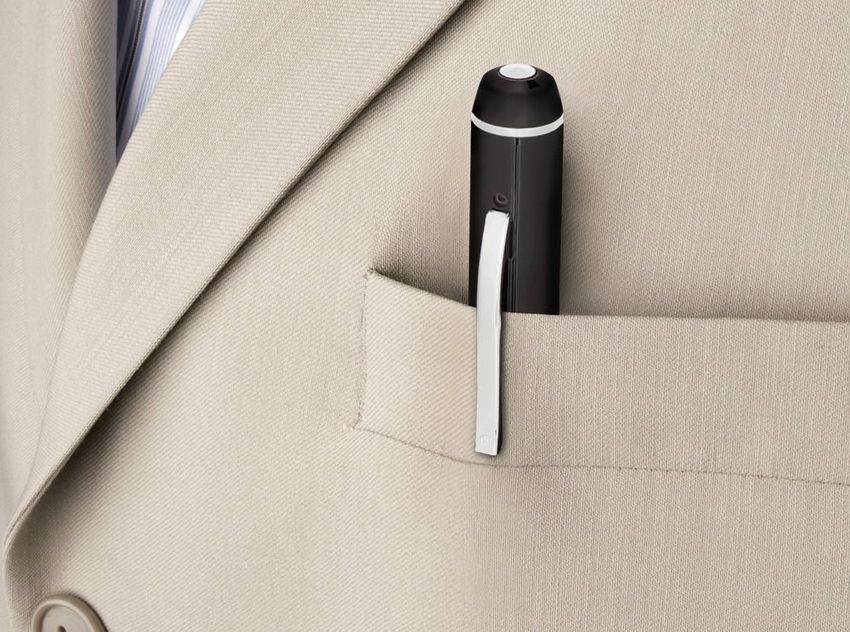 This type of device has a high cost, which can be several tens of thousands of rubles. Therefore, it is not advisable to use them for home video surveillance.

Before you buy a wireless mini-camera for video surveillance, you should carefully consider its characteristics and familiarize yourself with the types of devices in order to find a suitable option.

For high-quality images, the frame rate should be at least 25 per second. Ideal are mini-cameras, which have 30 fps.

The fixing device depends on the specific model. For example, the packageless camera hides in an interior item, the camera in the form of a handle can have a special stand, the camera button is attached to the clothes.

Before you buy a wireless hidden WiFi video surveillance camera for the home, you should pay attention to its resolution, viewing angle, sensitivity, lens, playback distance and image clarity. 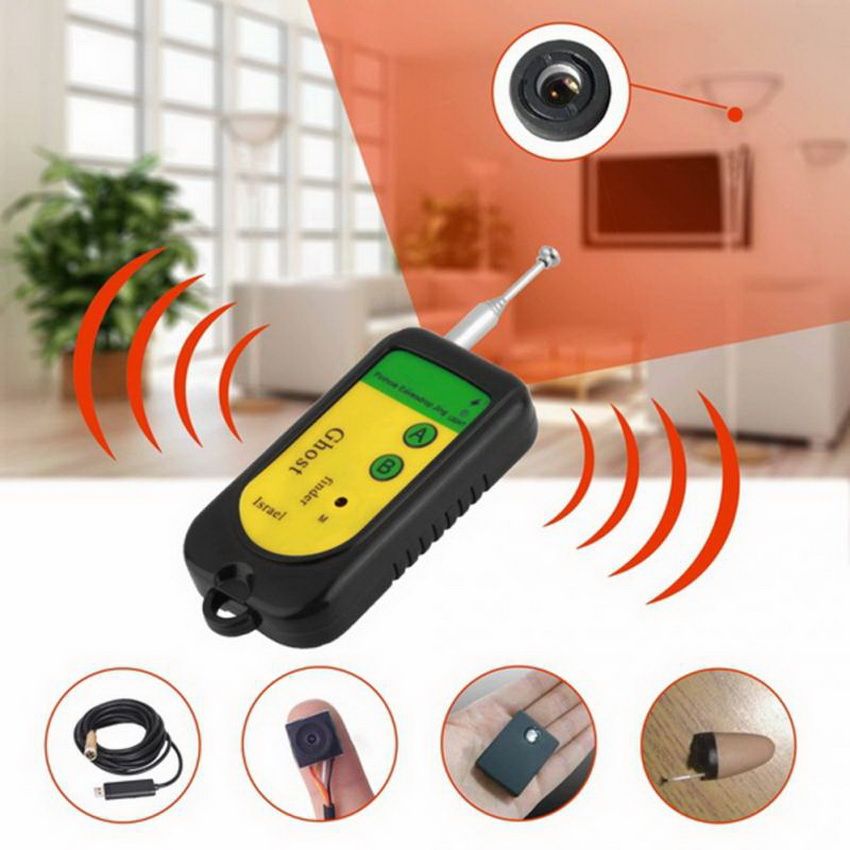 The higher the resolution, the better the image quality. Sensitivity should be as high as possible in order to be able to get a high-quality image from the camera with minimal illumination of the object.

The magnitude of the viewing angle is selected based on the operating conditions of the hidden camera. To take pictures of an object in a small residential area, it is enough to buy hidden surveillance cameras for an apartment with a viewing angle of 60-90 ?. If you need to capture the maximum space of a large area, it is advisable to install a mini-camera with a wide-angle lens and a viewing angle of 120-185 ?.

For outdoor surveillance, select devices with infrared illumination and a motion sensor that will work at night and respond to movable objects.

Cameras with recording on a memory card are selected by the size of the card, which does not exceed 64 GB. The time of continuously recording information depends on the resolution of the camera. Devices with a resolution of 640×480 pixels will provide recording for 50 hours, and cameras of 1280×720 pixels will allow you to record information for 20 hours of continuous operation of the device. 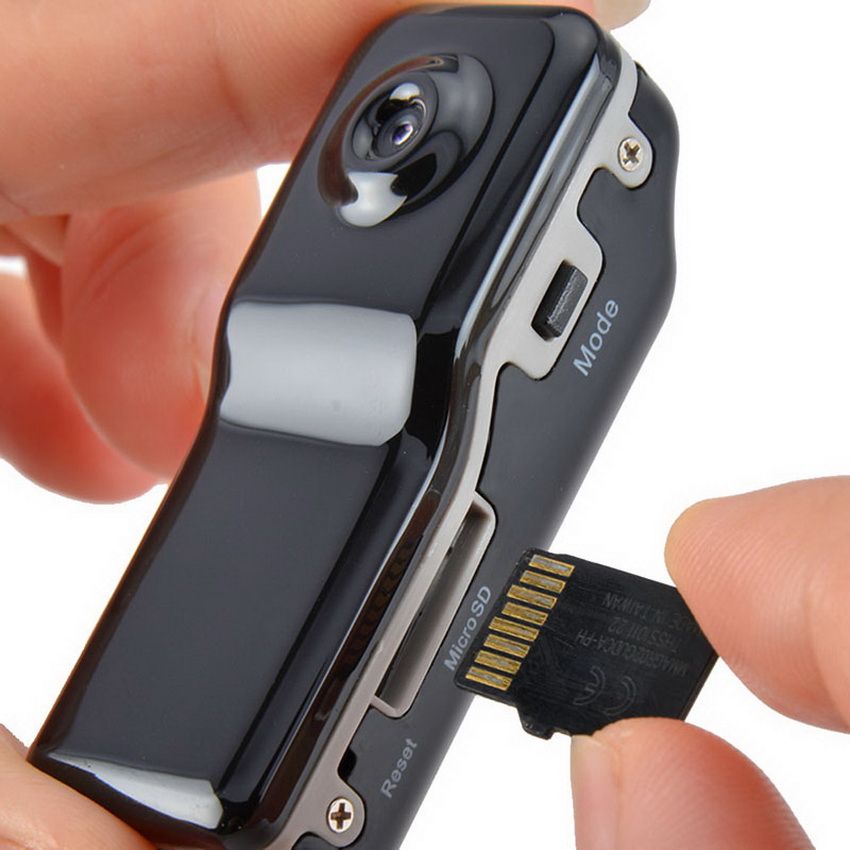 Almost all models of wireless mini cameras for covert surveillance, the price of which is determined by the technical characteristics of the devices, are equipped with a microphone. This makes it possible to record the conversation, even in a place that is not included in the zone of the camera. The range of the microphone can reach more than 10 m.

However, the captured information is not necessary to distribute. For example, covert shooting in the apartment where the nanny works, will graphically show how she behaves in relation to the child in the absence of parents. An entrepreneur who has installed video surveillance for staff will be able to learn that he is being cheated. With this information, you can create the right position both in the family and in business.

PVC panels for the bathroom: how to mount yourself

Watering hoses: which ones are better depending on the purpose and conditions of use

Tape foundation do it yourself: step by step instructions

Facing the facade of the house: what material is better to choose

Ventilation in the garage with his own hands. Scheme, calculation and methods of ventilation for the garage

Aluminum door: a variety of entrance and interior designs