It is possible to provide your house with warmth in the winter season and keep it cool in the summer, while significantly saving energy, with the help of facade insulation outside. The materials used for insulation should be such that would not bear the additional load on the foundation. How to insulate a house outside and what? What kind of insulation to use for walls made of a particular material? We offer to familiarize with examples of various technologies and recommendations on how to insulate private homes outside. 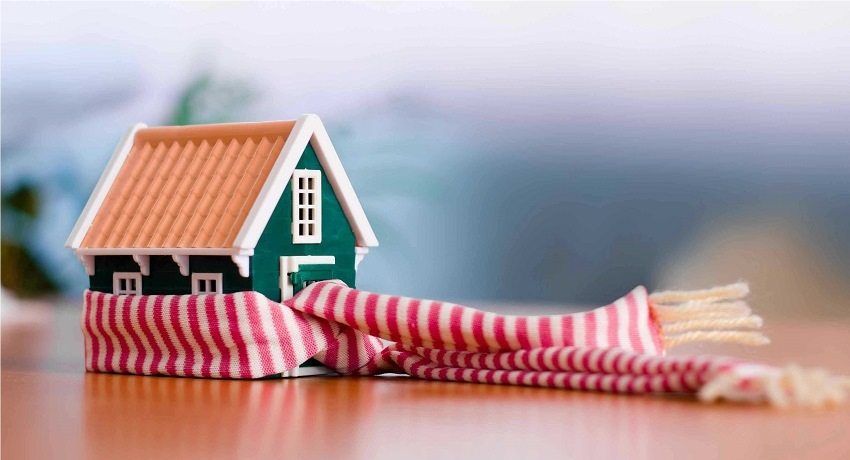 How to insulate a house outside and what? Types of thermal insulation materials and their properties

Answering the question, what better way to insulate the walls of the house outside, should be acquainted with the types and characteristics of materials for insulation. The main criteria when choosing insulation materials are thermal conductivity, moisture resistance and vapor permeability. We learn what you can warm the house outside, using current types of insulation. 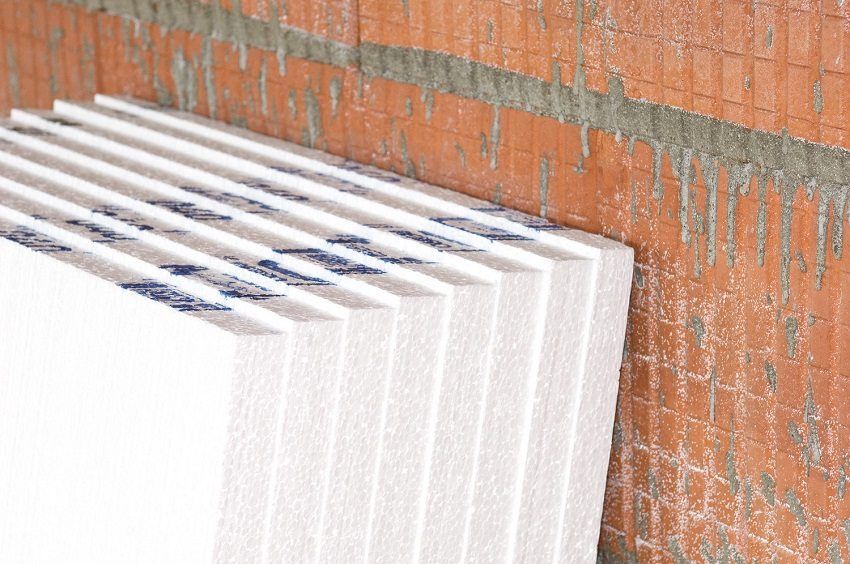 Styrofoam (foam) – a material consisting of air bubbles placed inside the foam polystyrene. Available in the form of plates, different in density. It has good insulating and moisture-resistant qualities, but is vulnerable to the action of sunlight, it is flammable, and releases harmful substances when burned. Directly interacting with a liquid collects moisture.

Helpful advice! It is known from the reviews: the insulation of the walls outside of the foam requires the arrangement of a high-quality system of forced ventilation.

The technology of the process is thoroughly demonstrated by the video “How to insulate houses with polystyrene outside”:

Minwat (mineral wool) – a fibrous material. It is made in the form of plates and rolls. The density of the material ranges from 20 to 200 kg / m ?. The main advantages of mineral wool are its excellent sound insulation, vapor permeability and fire resistance. Among the shortcomings it should be noted the possibility of absorbing moisture and, as a result, the loss of insulating qualities, as well as the likelihood that small rodents can start there. On the Internet, you can find examples of the video “How to warm a house outside with mineral wool.” 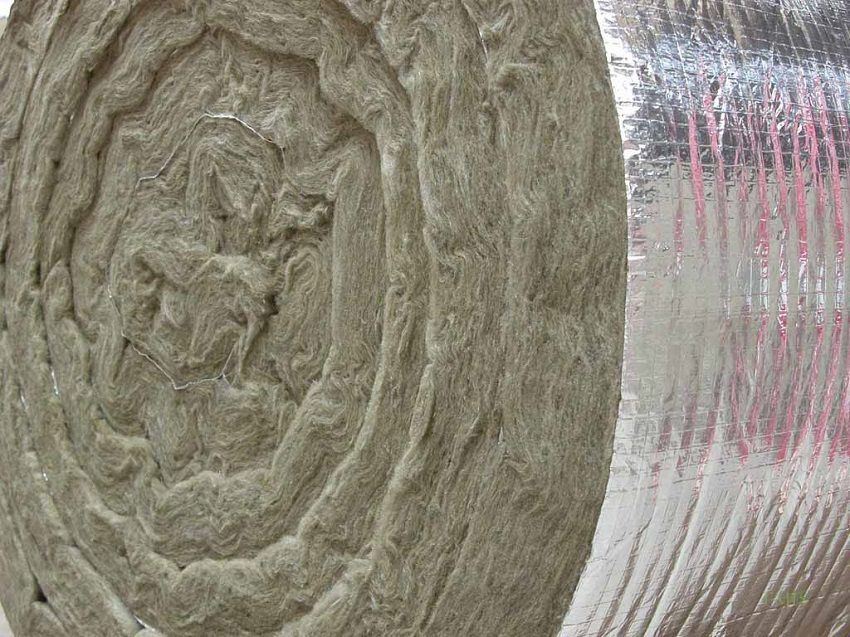 Penoplex (extruded polystyrene foam) – a sample of the modern generation of insulating materials. Penoplex plates have high compressive strength, low vapor permeability, resistance to burning and minimal thermal conductivity. Due to the low water absorption, it is possible to work with this material under any meteorological conditions. Penoplex slabs are easily cut with a knife and quickly assembled. To learn more about the technology of insulation penoplex, you can look at the Internet themed video “How to insulate a house outside with a penoplex with your own hands.”

Polyurethane foam – liquid insulation, the use of which technology ensures the absence of cracks and joints. When insulating with polyurethane foam, cold bridges do not form, which contribute to the formation of condensate and wetting of the wall. It does not have a hygroscopicity, can be used as a waterproofing, environmentally friendly. Differs in frost resistance and heat resistance. 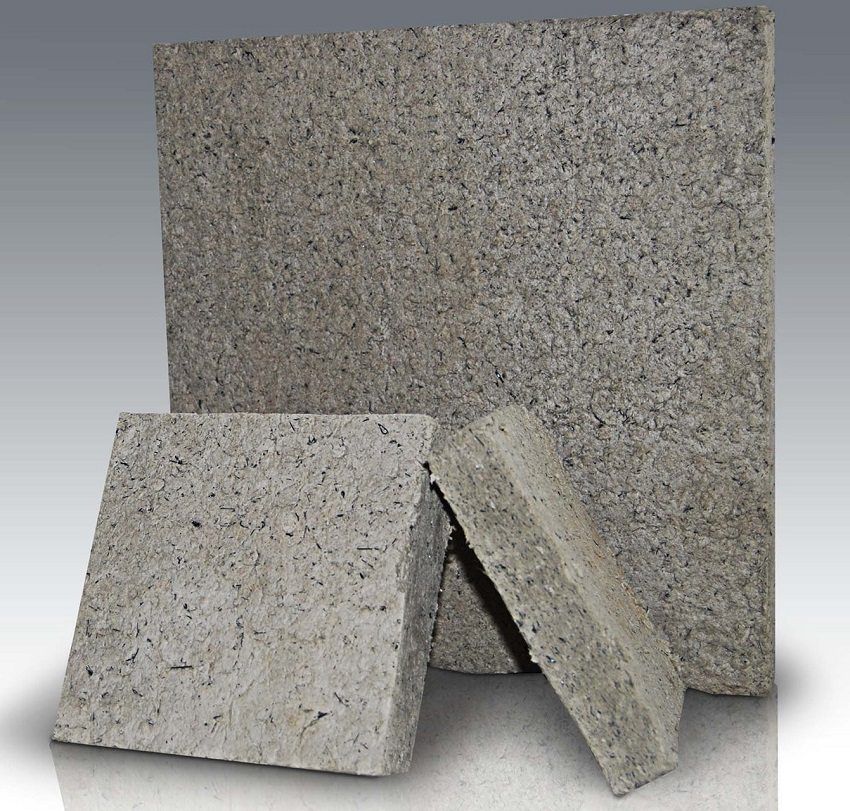 Insulation in the form of large rectangular plates based on basalt fiber. Among the advantages: excellent soundproofing, high thermal insulation, non-inflammability, resistance to high temperatures and its differences, water resistance. Insulation from basalt plates is not subject to the process of decay, mice and other rodents do not start there, and thanks to the rather large sizes of plates, it easily and quickly covers a large area of ​​the wall. A sufficient density of insulation allows you to arrange a layer of decorative coating on the front of the wall. Operational terms reach one hundred years.

Careful familiarization with the properties of insulation will determine the better to warm the house outside. To understand the issues of thermal insulation will help the video “How and what to insulate brick houses outside”:

Many, in order to maintain a comfortable temperature in the winter and at the same time save money, try to warm the houses outside with their own hands. There can be many reasons for this: from cracks, drafts and ending with the weak functioning of the heating system. But still, the main source of reducing the temperature in the house are the walls of materials that do not have insulating properties.

Having decided to insulate the walls, it is important to know that the external sides of the walls should be subjected to processing. Insulation of the walls from the inside will lead to the fact that the insulation stops the access of heat to the wall surface itself. The dew point will move toward the room, which will cause condensation and moisture to form. This will lead to the appearance of fungus, so detrimental to the human body. 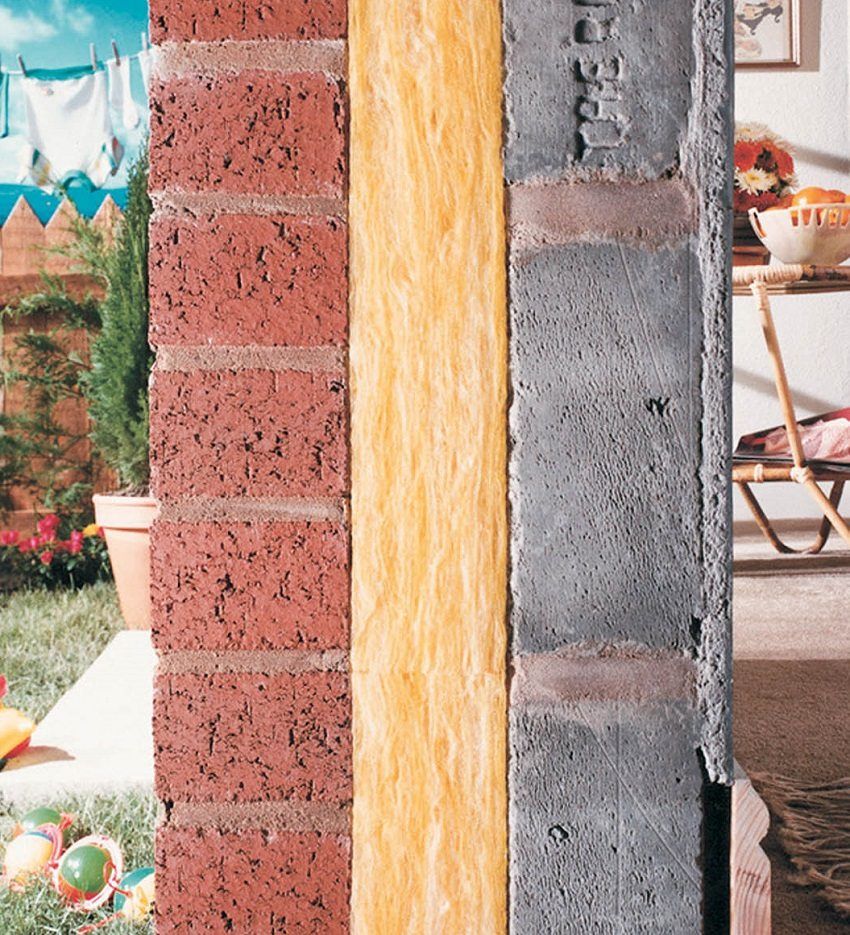 There are several ways to insulate walls outside in a private house: 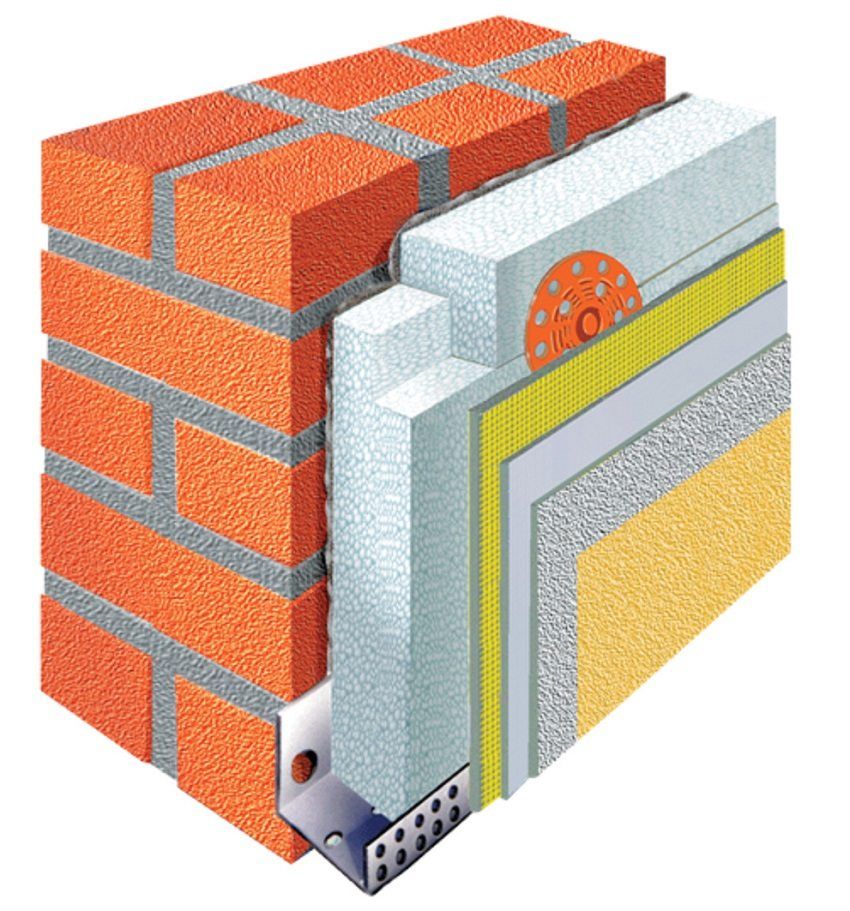 When deciding on how to insulate brick houses from the outside, it must be borne in mind that each version of the insulation device has its own technology and, depending on this, can be produced at different times of the year.

Once you decide what to insulate the walls of the house outside, you need to do the preparation of the surface of the walls to the treatment of insulating composition. First of all, a layer of old plaster or other finishing material for external walls is removed. If there are irregularities and depressions on the surface, they must be leveled using mortar, and all convexities must be cut flush with the wall. 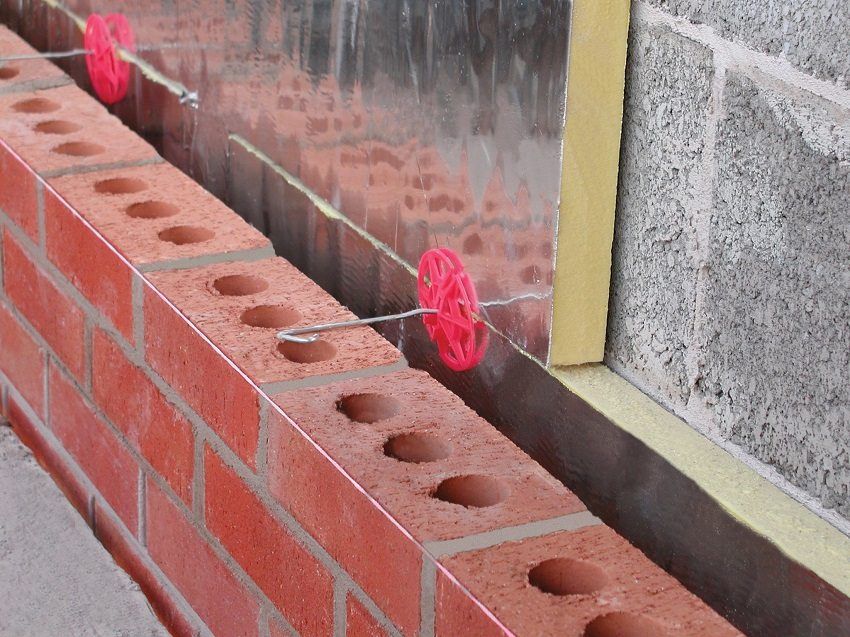 Next, the wall should be thoroughly cleaned from dust and debris resulting from the removal of plaster. Then treat with a primer, using a solution with deep penetration.

On how smooth the layer of insulation will be, the further finishing of the wall or the cladding device depends. For this, plumb lines and beacons are used. An anchor is fastened to the upper edge of the wall surface; threads with plumb lines are suspended on them and lowered them down. With the help of horizontal threads, a grid of surface control is arranged for the reference point when constructing a framework or directly thermal insulation.

The quality of the wall surface preparation for insulation will depend on how the wall of the brick house is insulated from the outside. 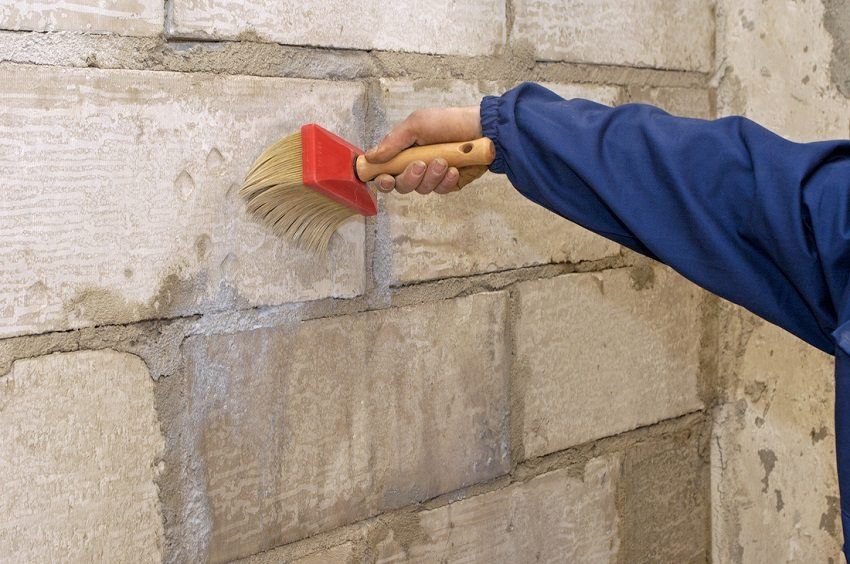 Thermal insulation plates of foam and foam plastics are mainly used for insulation of brick, block and concrete walls of houses. When the surface of the outer wall is prepared, begin to insulate the house from the blocks outside. If foam is used as an insulating material, it is very important to thoroughly dry the walls, otherwise the material can be saturated with moisture and lose the properties of the heat insulator. This nuance is especially necessary to take into account before insulating the house from the blocks outside.

How to insulate a house from foam blocks from the outside with foam plastic for subsequent finishing with decorative plaster? Sheets of foam or foam are attached to the wall with a special adhesive composition. To glue the first row of tiles smoothly, it is recommended to fasten the finishing bar along the bottom edge of the wall. After applying the adhesive, the sheets are pressed against the wall with little effort. You can additionally fix the sheets with the help of dowels fungi in the center and at the corners of the sheet. With the help of level and plummets the plane of the applied layer of foam is controlled. 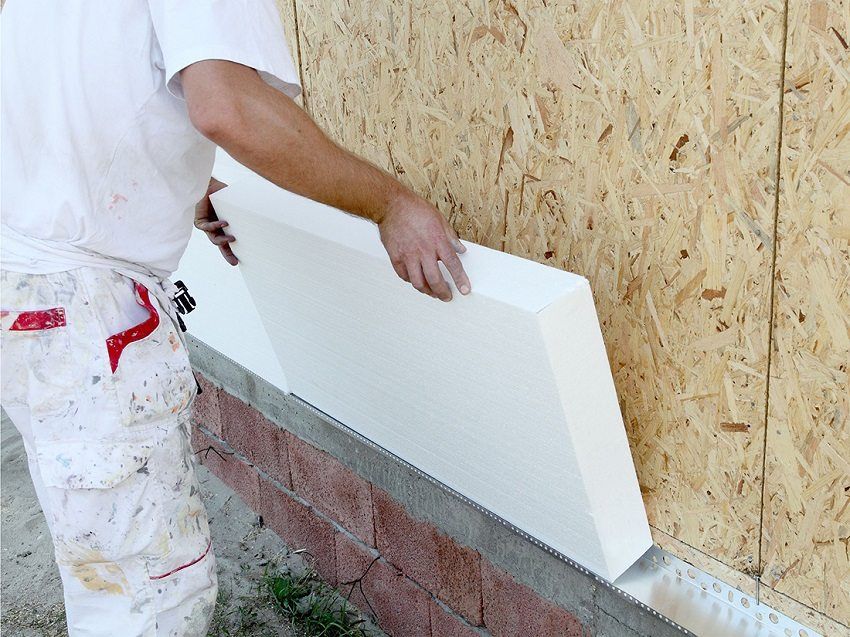 Thermal insulation of the walls with foam plastic: a step-by-step instruction

Features foam and use it as a heater on the external walls. 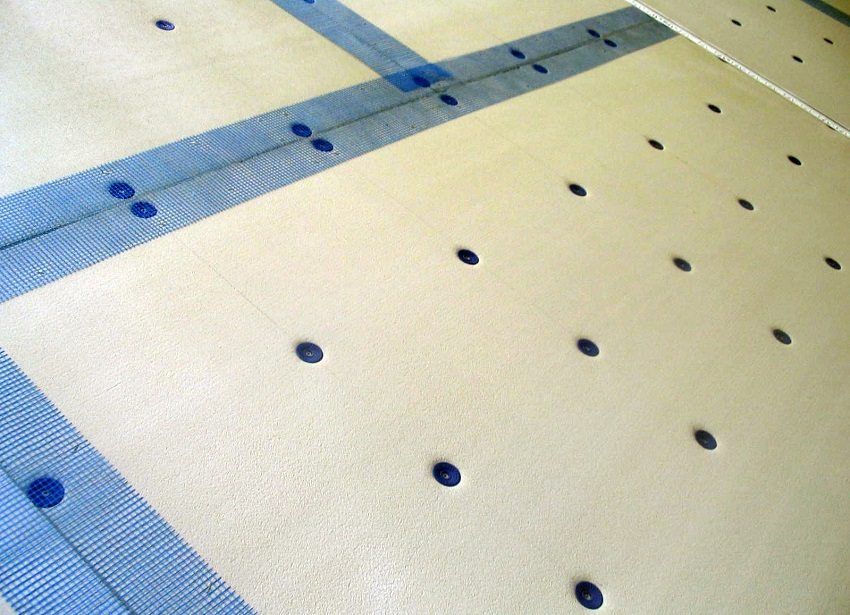 Helpful advice! If penoplex is used as a heater, the surface of the plates is treated with a needle roller before installation in order to give them a rough structure. This is necessary for better adhesion of the penoplex to the surface of the walls.

Sometimes they use the method of wall insulation foam plastic with wooden slats. Such an installation of insulation allows the use of a batten crate for wall cladding with a finishing material (clapboard, siding). 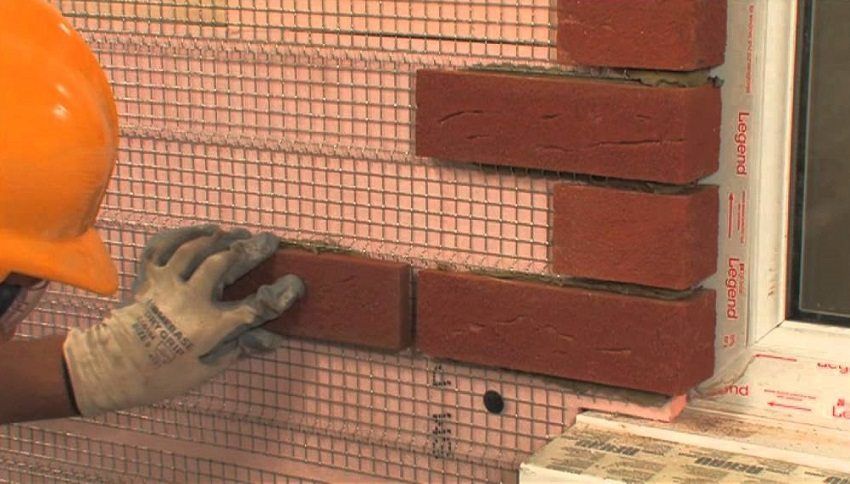 Learn the advice of professionals about the best way to insulate a brick house outside. On the Internet you can see the video “How to insulate the house outside with foam plastic with your own hands.” 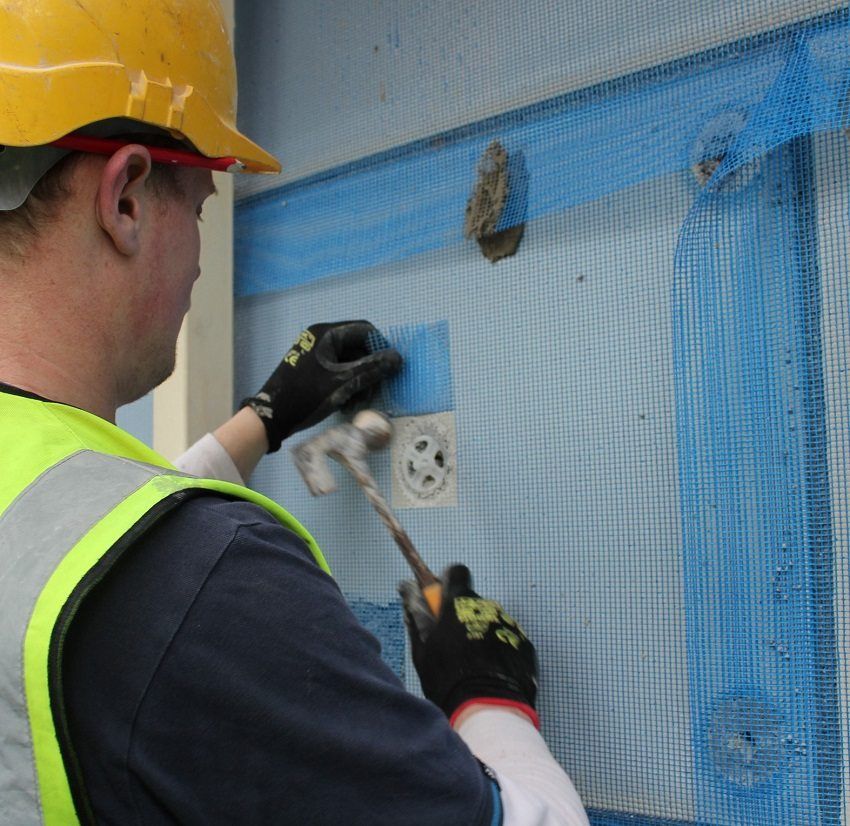 Many people use mineral wool for thermal insulation. This type of insulation is suitable for the house, the walls of which are built of blocks, brick or wood. To fix the insulation was high quality and reliable, use the frame of the rails. It also uses the thrust technique, i.e. the distance between the battens of the batten should be slightly less than the width of the mineral wool slab. This can achieve a dense entry of insulation between the racks of the frame.

If you warm the log house from the outside, the walls of which have an uneven surface, use two-layer slabs of mineral wool with different density of layers. More loose layers of insulation provide high-quality adhesion to the uneven surface of the logs. For arranging wind and water protection when warming walls with mineral wool, you can use a polyethylene film. As a cladding material using decorative brickwork, siding and other materials. 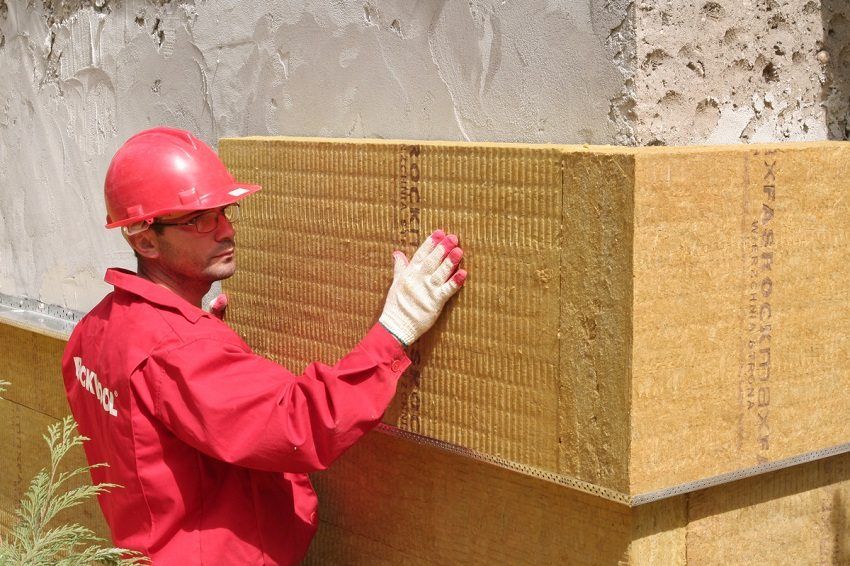 How to properly insulate wooden houses outside, so that the facade remains aesthetically appealing? Experts recommend doing this using mineral wool, paying attention to the fact that the vapor permeability of the walls must be ensured. As a vapor barrier using plastic wrap or aluminum foil.

Arrange a vapor barrier using rails. They are attached to the facade vertically and vapor barrier material is mounted to them with the help of brackets. After carrying out these stages, the facade is sheathed with decorative material. 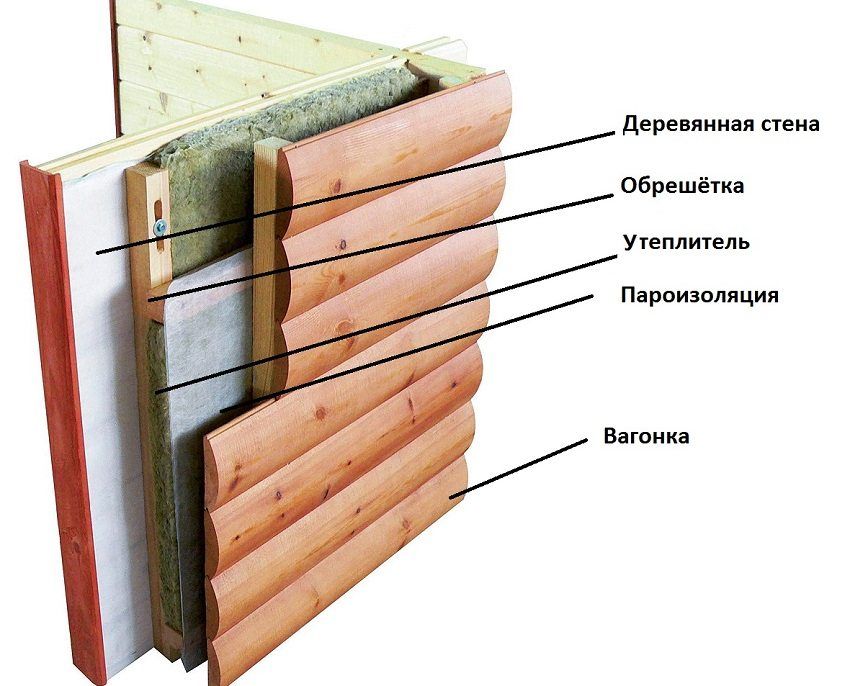 How to warm a log house outside, using mineral wool? Before insulating a house from a bar outside, familiarize yourself with the main stages of the technological process: 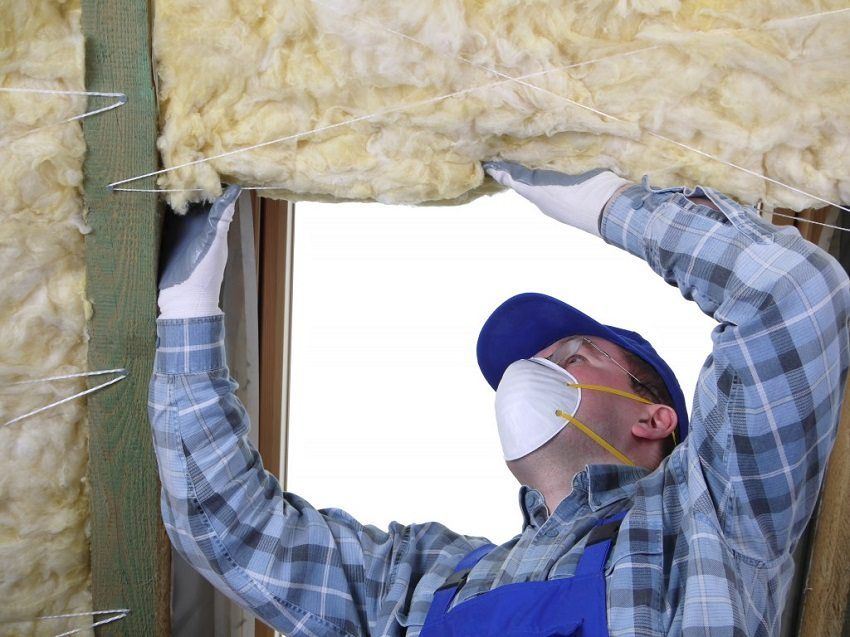 Helpful advice! In order to avoid the ingress of water or moisture, the places of fastening the material with staples to the rails are taped. 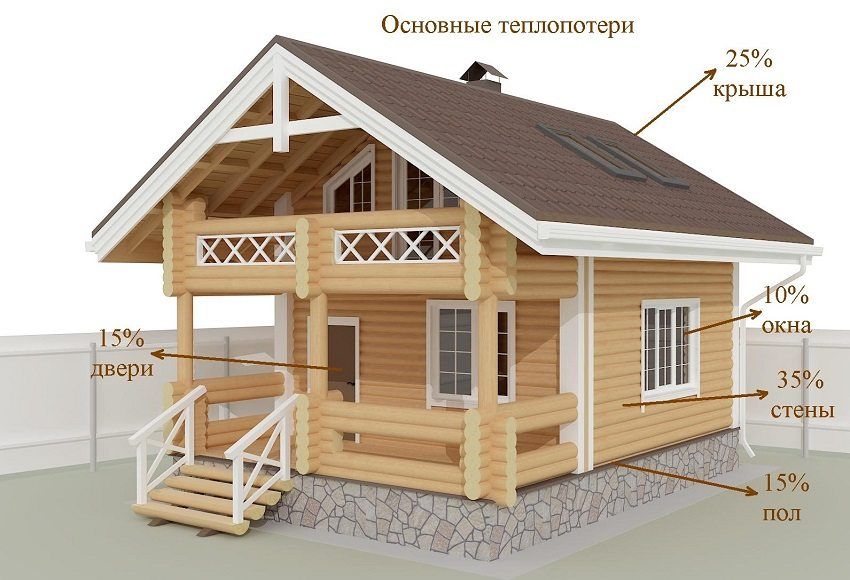 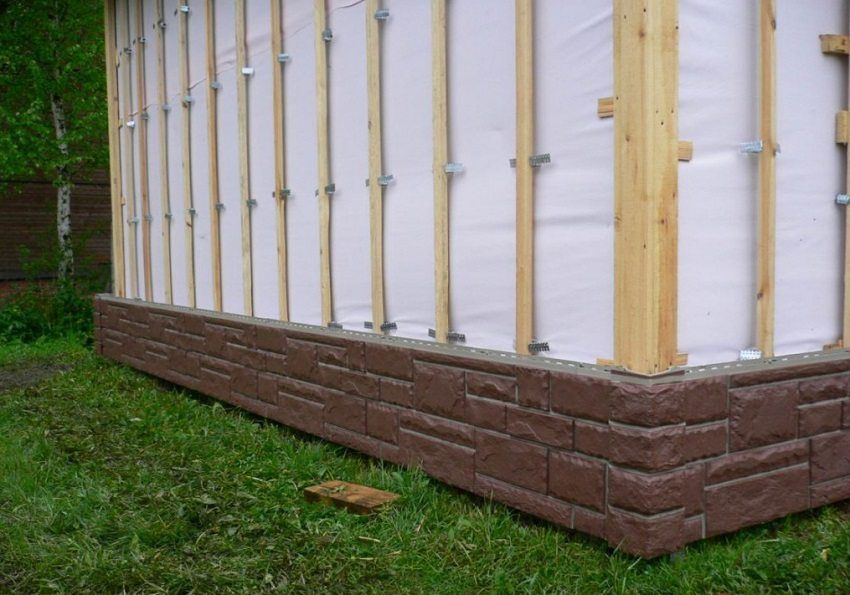 For a more complete picture of the technology of performing thermal insulation works and studying the opinion of experts about the best way to insulate a wooden house outside, ask for information that is available on the network. Reviews of masters and owners of houses from the video “How to insulate wooden houses outside” will be especially useful in this matter.

Given the fact that the walls occupy a significant part of the area, their insulation can give the maximum effect of preserving heat in the house.

Stove heating is a classic for cold Russia, but for some reason it is
A unique offer for you

Metal gutters for the roof: prices, features and installation features

Installation of two-level stretch ceilings for the hall: photos and recommendations

Building materials – what are their types and divisions?

Air purifier for the apartment: how to choose a device for home use

Sliding bath screen: the best solution for a small bathroom