Before you start repairing an electronic device or assembling a circuit, you should make sure that all the elements that will be installed are in good condition. If new parts are used, you need to make sure that they work. The transistor is one of the main components of many electrical circuits, so it should ring first. How to check a multimeter transistor will tell this article in detail. 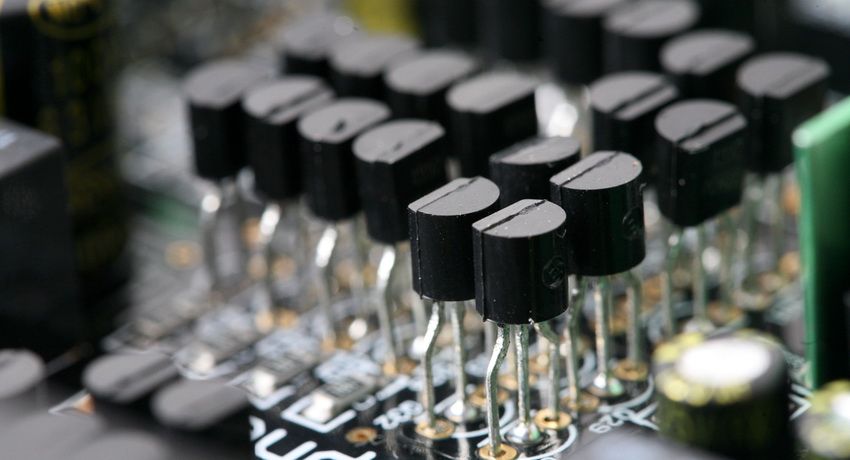 What is a transistor

The main component in any electrical circuit is a transistor, which, under the influence of an external signal, controls the current in the electrical circuit. Transistors are divided into two types: field and bipolar. 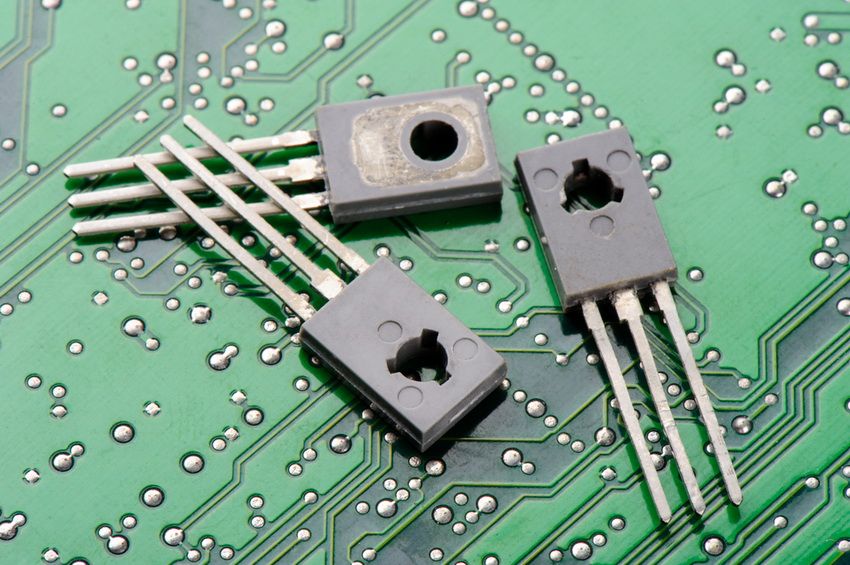 The bipolar transistor has three outputs: the base, the emitter and the collector. A small current is applied to the base, which causes a change in the resistance emitter-collector zone, which leads to a change in the flowing current. The current flows in one direction, which is determined by the type of transition and corresponds to the polarity of the connection.

The transistor of this type is equipped with two pn junctions. When electronic conductivity (n) prevails in the extreme region of the device, and a hole (p) in the middle, the transistor is called n-p-n (reverse conduction). If on the contrary, then the device is referred to as a p-n-p type transistor (direct conduction).

Field effect transistors are characteristic differences from bipolar. They are equipped with two working leads – the source and drain and one control (gate). In this case, the gate is affected by the voltage, not the current, which is typical of the bipolar type. An electric current passes between the source and drain with a certain intensity, which depends on the signal. This signal is formed between the gate and the source or gate and drain. A transistor of this type can be with a control p-n junction or with an isolated gate. In the first case, the working leads are connected to a semiconductor wafer, which can be p- or n-type. 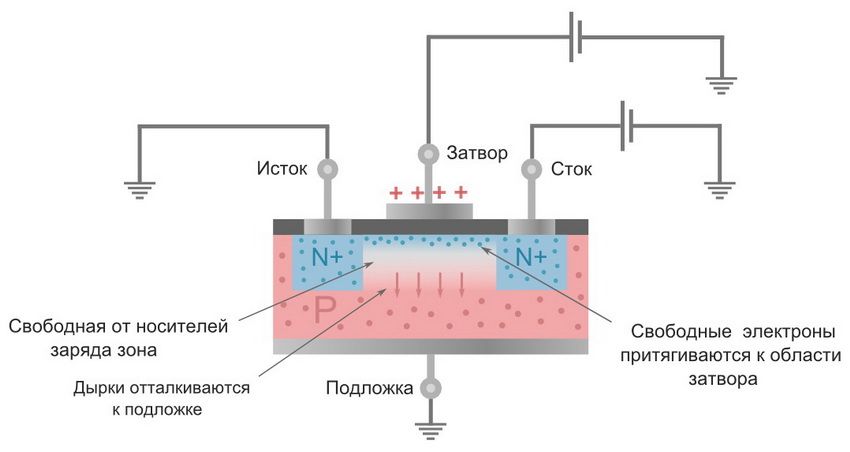 The main feature of field-effect transistors is that they are not controlled by current, but by voltage. Minimal use of electricity allows it to be used in radio components with quiet and compact power sources. Such devices may have different polarities.

Many modern testers are equipped with specialized connectors, which are used to check the performance of radio components, including transistors.

To determine the operating state of a semiconductor device, it is necessary to test each of its elements. The bipolar transistor has two pn junctions in the form of diodes (semiconductors), which are counter-connected to the base. From here, one semiconductor is formed by the findings of a collector and a base, and another emitter and a base. 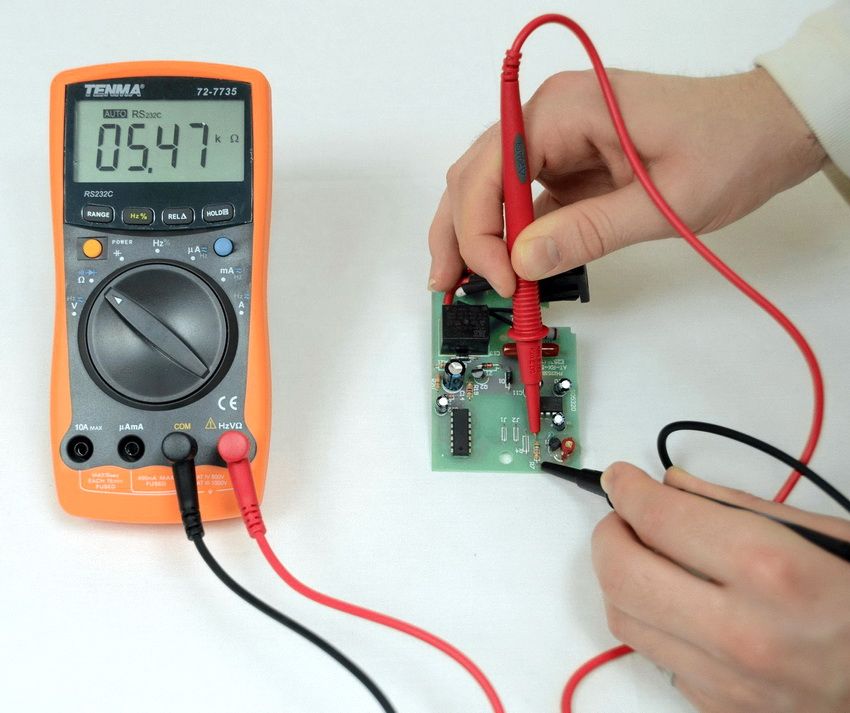 Important! This procedure is only possible for a healthy transistor.

To do this, the device is transferred to the resistance measurement mode at the maximum limit. The red probe should touch the left contact and measure the resistance on the right and middle terminals. For example, the display shows 1 and 817 ohms.

Making a conclusion from all measurements, the base is located on the right output. Now, to determine other findings, you need to install a black probe on the base. At one conclusion, the value of 817 Ohms seemed to be the emitter junction, the other corresponds to 806 Ohm, the collector junction.

Important! The resistance of the emitter junction will always be greater than the collector.

To make sure that the device is in good condition, it is enough to know the direct and reverse resistance of its semiconductors. To do this, the tester is transferred to the resistance measurement mode and set to the limit of 2000. Next, you should ring each pair of contacts in both directions. So six measurements are performed:

How do I call transistors with a multimeter, the conductivity of which is pnp (the arrow of the emitter junction is directed to the base)? To do this, you need to touch the base with a black probe and touch the emitter and collector transitions with a red one by one. If they are in good condition, then a direct resistance of 500-1200 ohms will be displayed on the tester’s screen. 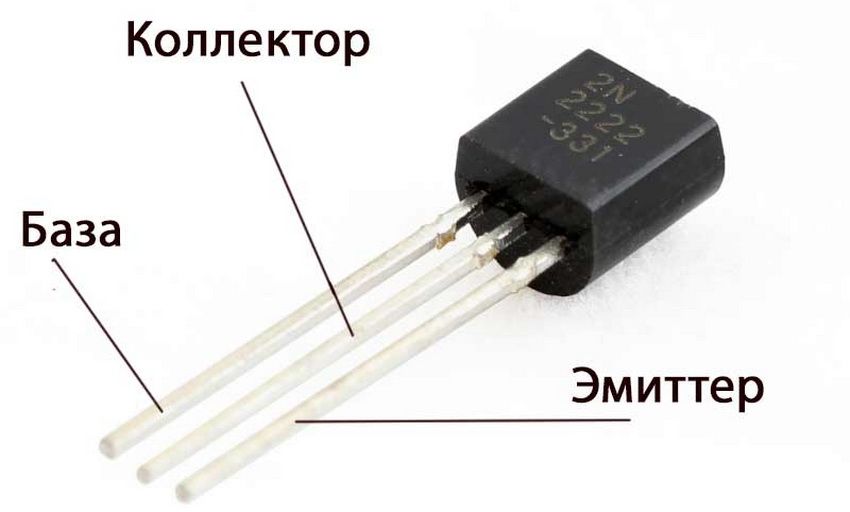 To check the reverse resistance with a red probe, you should touch the base, and the black one in turn to the emitter and collector terminals. Now the device should show a large resistance value on both transitions, displaying “1” on the screen. This means that both transitions are intact, and the transistor is not damaged.

This technique solves the question: how to check a transistor with a multimeter without soldering it out of the board. This is possible due to the fact that the device transitions are not shunted by low-impedance resistors. However, if during the measurements the tester will show too small values ​​of the forward and reverse resistance of the emitter and collector junction, the transistor will have to be evaporated from the circuit.

Before checking the npn transistor with a multimeter (arrow of the emitter junction is directed from the base), the red test probe for determining the direct resistance is connected to the base. The efficiency of the device is checked by the same method as the transistor with p-n-p conductivity.

This technique is suitable exclusively for bipolar transistors. Therefore, before checking it is necessary to make sure that it does not belong to a composite or field device. Next, you need to check between the emitter and collector resistance. Closures should not be here.

If you need to use a transistor having an approximate gain value for assembling an electrical circuit, you can determine the necessary element with a tester. For this, the tester is switched to hFE mode. The transistor is connected to the appropriate connector for a particular type of device located on the device. The value of the parameter h21 should be displayed on the screen of the multimeter.

How to check a thyristor with a multimeter? It is equipped with three pn junctions, which is different from a bipolar transistor. Here the structures alternate with each other in the manner of a zebra. The main difference from the transistor is that the mode after hitting the control pulse remains unchanged. The thyristor will remain open until the current in it drops to a certain value, which is called the holding current. Using a thyristor allows you to collect more economical wiring diagrams. 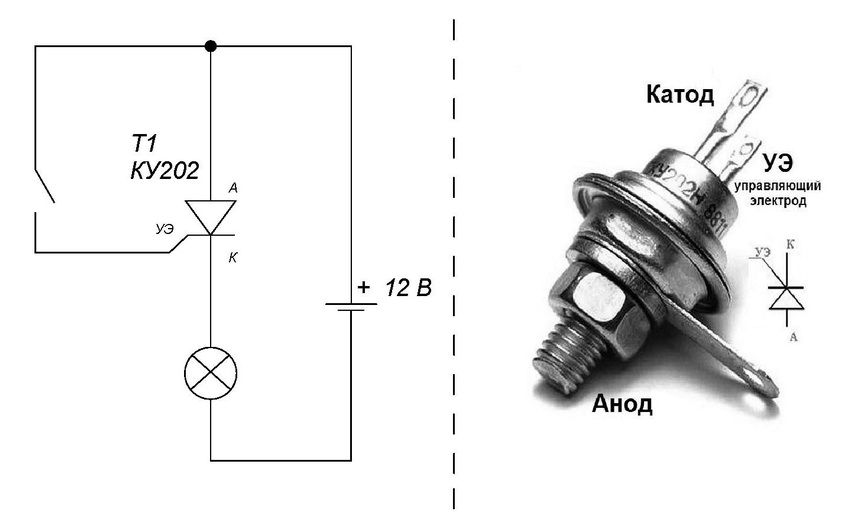 The multimeter is set to measure the resistance in the range of 2000 ohms. To open the thyristor, the black probe connects to the cathode, and red to the anode. It should be remembered that the thyristor can be opened with a positive and negative impulse. Therefore, in both cases, the resistance of the device will be less than 1. The thyristor remains open if the current of the control signal exceeds the hold threshold. If the current is less, the key will close.

How to check with a multimeter transistor IGBT

An insulated gate bipolar transistor (IGBT) is a three-electrode power semiconductor device, in which, by the principle of cascade connection, two transistors are connected in one structure: field and bipolar. The first forms a control channel, and the second – the power channel.

To test the transistor, the multimeter must be switched to the semiconductor test mode. After that, with the help of probes, measure the resistance between the emitter and the gate in the forward and reverse direction to detect the circuit. 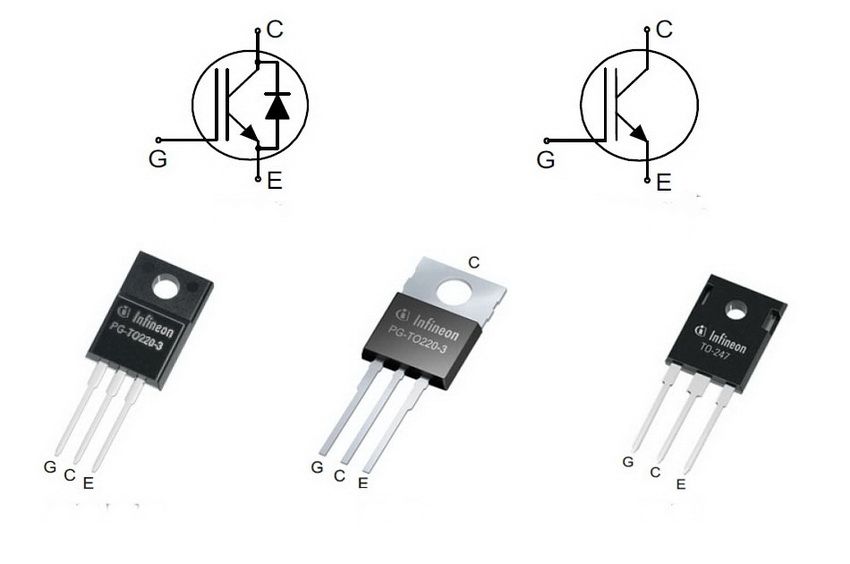 Now connect the red wire of the device to the emitter, and briefly touch the black shutter with black. The gate will be charged with a negative voltage, which will allow the transistor to remain closed.

Important! If the transistor is equipped with a built-in counter-parallel diode, which is connected to the emitter of the transistor by the anode and the cathode to the collector, then it must be ringed accordingly.

Now you need to verify the functionality of the transistor. First, you should charge the gate-emitter input capacitance with a positive voltage. To this end, at the same time and briefly red touch the shutter, and black to the emitter. Now you need to check the collector-emitter junction by connecting the black probe to the emitter and the red probe to the collector. A slight voltage drop of 0.5-1.5 V should appear on the screen of the multimeter. This value should remain stable for several seconds. This indicates that there is no leakage in the input capacitance of the transistor. 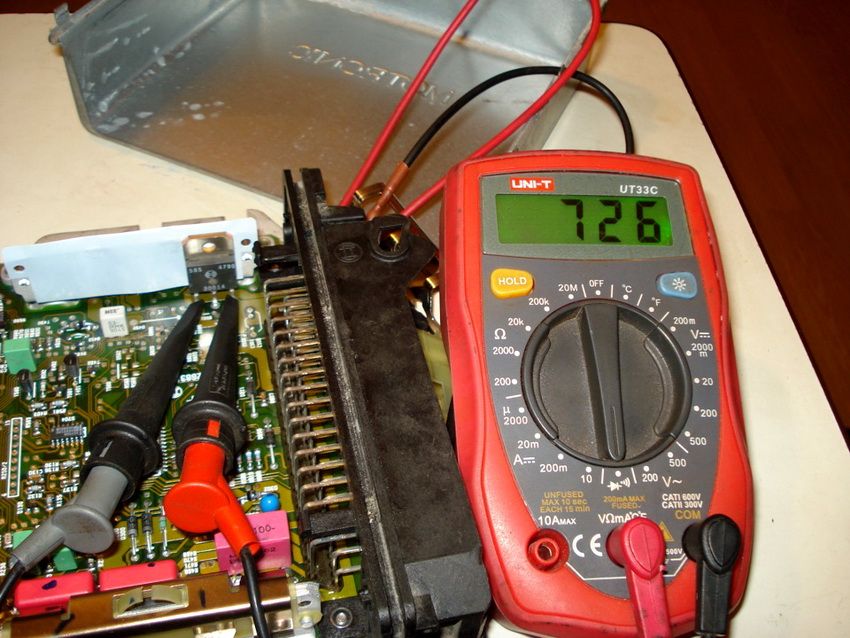 Helpful advice! If the voltage of the multimeter is not enough to open the IGBT transistor, then a constant voltage source of 9-15 V can be used to charge its input capacitance.

Before proceeding with the verification of the field-effect transistor, it should determine its pinout. On imported devices are usually applied labels that define the conclusions of the device. The letter S denotes the source of the device, the letter D corresponds to the drain, and the letter G – the shutter. If the pinout is missing, then it is necessary to use the documentation for the device.

The multimeter test of the working condition of the p-channel field effect transistor is performed by the same method as the n-channel one. Just start the measurement should be connecting the red probe to the negative, and black – to the plus, that is, to change the polarity of connection of the wires of the tester to reverse.

The health of any transistor, regardless of the type of device, can be checked with a simple multimeter. To do this, you must clearly know the type of element and determine the marking of its findings. Further, in the mode of dialing diodes or measuring resistance, find out the forward and reverse resistance of its transitions. Based on the results, to judge the good condition of the transistor.

Summer shower for the shower in the country with their own hands: how to organize and connect the system

Bathroom baseboard: an overview of floor and ceiling models

Infrared heaters with thermostat to give: characteristics and selection

Pumping station for a private house: water supply of a country site

Heating scheme of a 2-storey private house: types of wiring and equipment calculation

Water supply of a private house from a well: communication scheme

Toilet bowl: how to install the device depending on the type of construction

Insulation for the floor in a wooden house, which one is better to choose and how to mount