Much of the heat that is produced using heating devices is often wasted because of significant heat loss. This problem is particularly prevalent in old houses, in which the insulation layer was not provided during the construction phase, and windows and doors serve as a source of cold. The ideal solution to this problem is PPU insulation, the advantages, disadvantages and features of which will be discussed in this article. 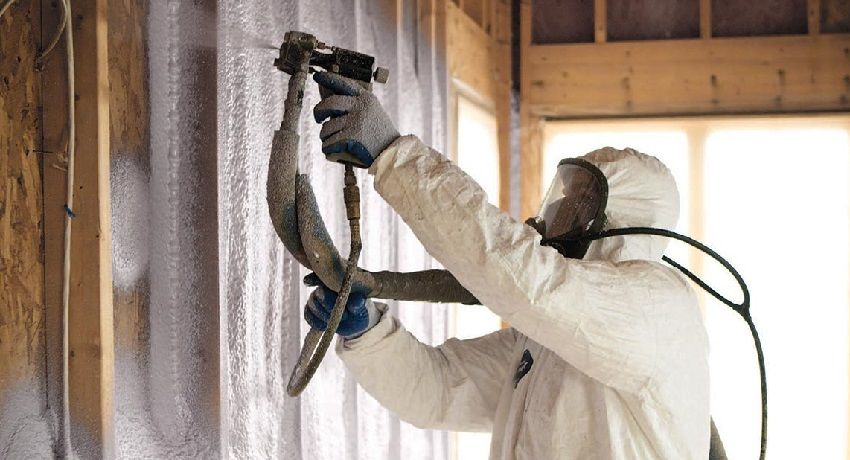 Warming of polyurethane foam: the technology of production and application of material

Such material as polyurethane foam is obtained by mixing two components – a polyol and a diisocyanate. Despite the fact that both of these components are toxic and pose a threat to human health, as a result of their mixing, a completely safe polyurethane is obtained, which carries no danger and does not react when it comes into contact with other substances. Moreover, the material obtained as a result of two toxic substances is often used even in the food industry. 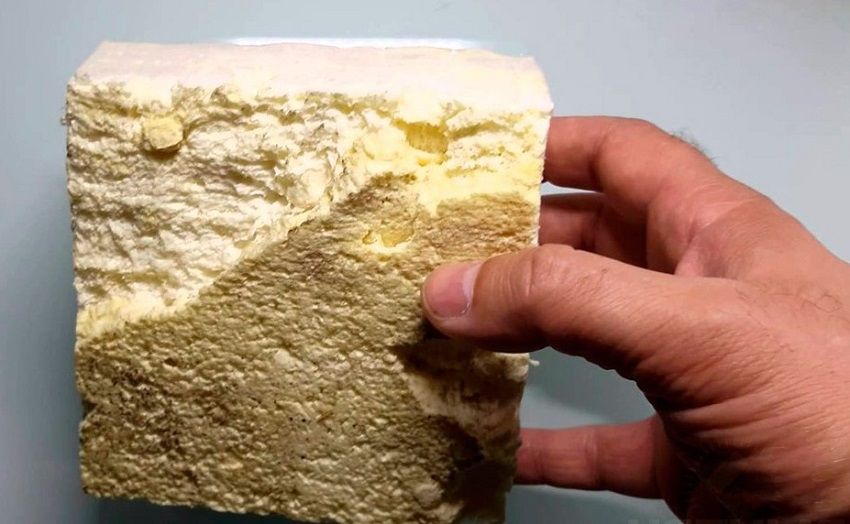 The production process of polyurethane is accompanied by active gassing, as a result of which a large amount of carbon dioxide is formed. Thus, it is inside a thin polyurethane shell, which provides a high rate of thermal insulation properties of the material.

This whole procedure is carried out with the help of a special gun, inside which there is a very high pressure, and the temperature that is maintained in it is 45 ° C. It is as a result of such exposure that small particles, like dust, are mixed, after which they are sprayed onto the surface, allowing them to foam and harden.

In order for the resulting material to have all the necessary characteristics, its constituent components (polyol and diisocyanate) must be in equal proportions. If the amount of one of the components is greater, it will adversely affect the characteristics of the material. Exceeding the amount of diisocyanate leads to the fact that the foam quickly “sits down” and collapses, not fulfilling its main function – thermal insulation. 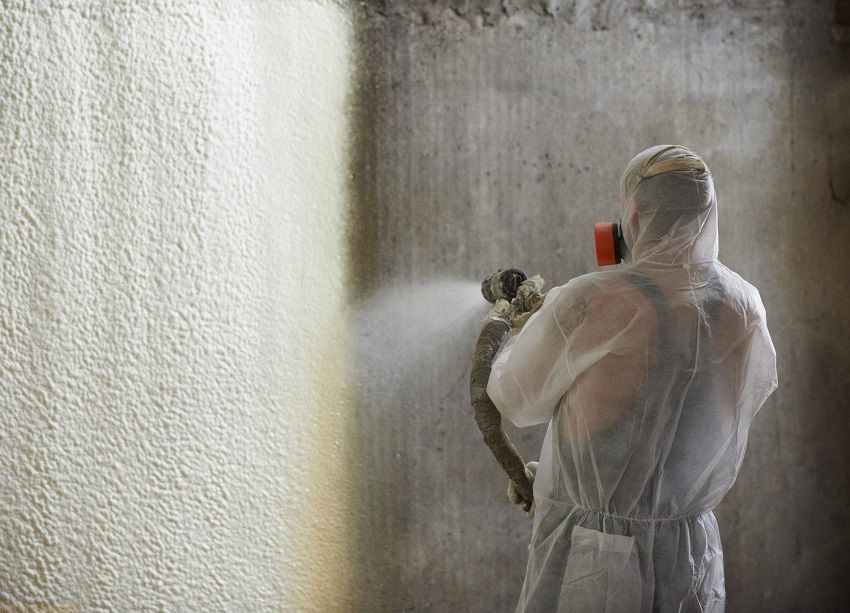 Polyurethane foam, in which there is more polyol, is characterized by high brittleness, although it is able to fully perform its functions. As you can see, the quality of insulation with this material directly depends on how well the initial components are prepared, as well as on the quality of the equipment used for this purpose.

The mixing of the components can be carried out qualitatively only if there are special high-pressure installations. Therefore, be sure to pay attention to what equipment your chosen company uses. Production of polyurethane foam in conditions of insufficiently high pressure leads to a significant decrease in the insulating properties of the material. 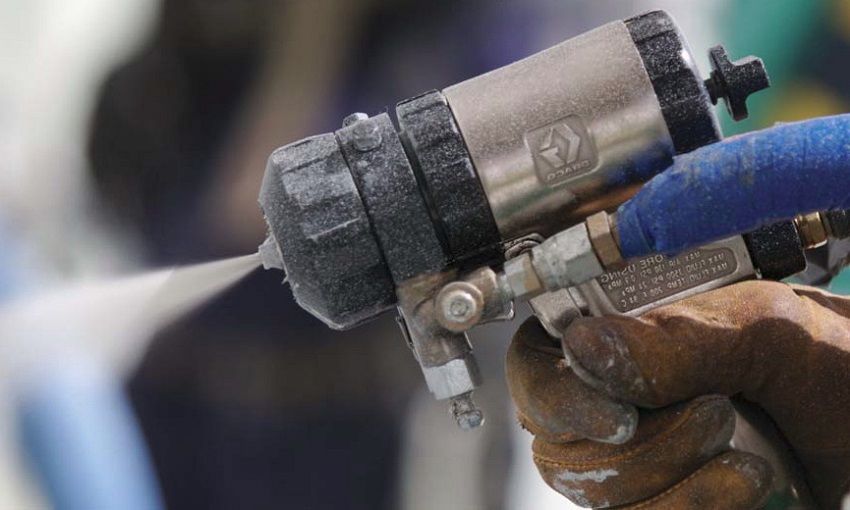 Despite the fact that the manufacturing technology of PPU is one, the final product has several varieties, differing from each other in properties and characteristics. Consider each of the options in more detail.

Light open mesh PPU. The thermal conductivity of this material is often compared with the characteristics of mineral wool, while it has the same drawback – hygroscopicity. The cost of lightweight polyurethane foam is much higher, which makes its use not too justified.

If you wish to use light open-celled polyurethane foam for insulation, you need to take care of the presence of layers of waterproofing and vapor-insulating materials, as well as consider a facade ventilation system to remove excess moisture. But if you compare this option with the same mineral wool, it is worth noting that the sound insulation performance in this case will be higher. 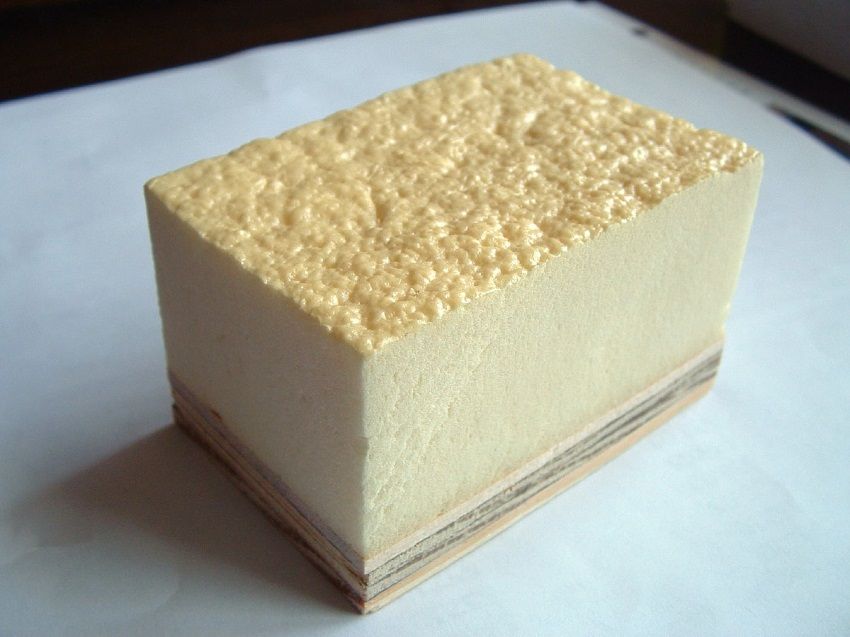 This material is rarely used as insulation for the roof or facade, because it does not cope with its task, being susceptible to the effects of external factors. But if we are talking about the need for insulation of internal ceilings or partitions, then its use is fully justified.

Closed Cell Foam Polyurethane It has much more acceptable characteristics: it seizes well on any surface (except polyethylene can be an exception) and is absolutely not hygroscopic. Depending on the density indicator, it is divided into three categories: 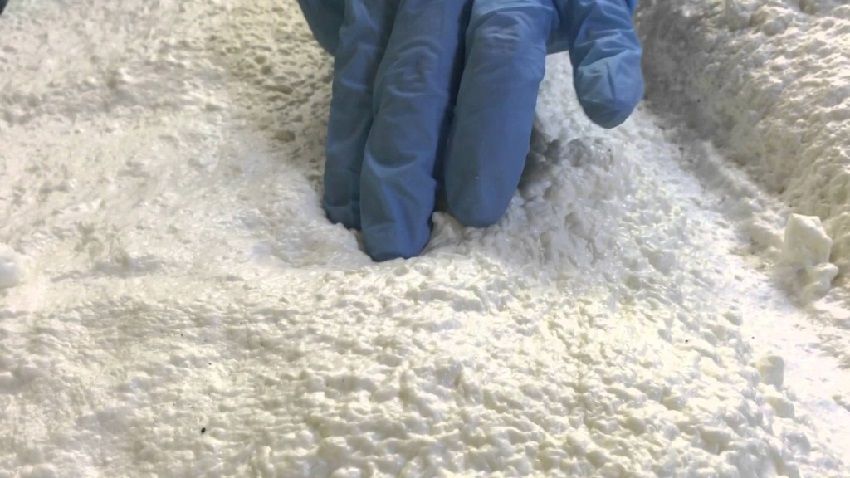 Considering the issue of prices for the insulation of polyurethane foam 1 square. m., It is worth noting that the cost directly depends on what type of material was used. The cheapest – easy open-cell polyurethane foam. However, in order for the work to be carried out in vain, it is necessary to spend more on hydro- and vapor-insulating materials, which in total will result in the same expenses as thermal insulation with an average density material. 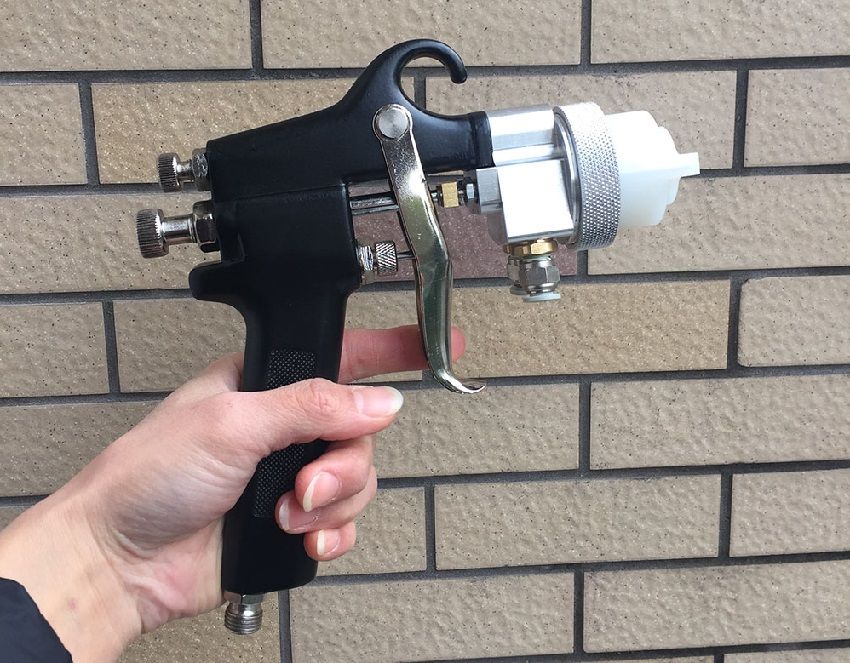 The cost of work, subject to the use of quality materials from popular manufacturers starts from 400 rubles. for 1 sq.m. Of course, much depends on the thickness of the applied layer, because this is an expense, but such subtleties are discussed individually immediately before the start of work.

Helpful advice! If you wish to choose the most profitable material, you can simultaneously request in several companies the calculation of the cost of work, taking into account the required coverage area. So you will receive information about all current offers and will be able to give preference to the option that suits you more than others.

The technology of home insulation PPU has a lot of a variety of reviews, both positive and negative. Consider what more, advantages or disadvantages, and whether to give preference to this type of insulation. 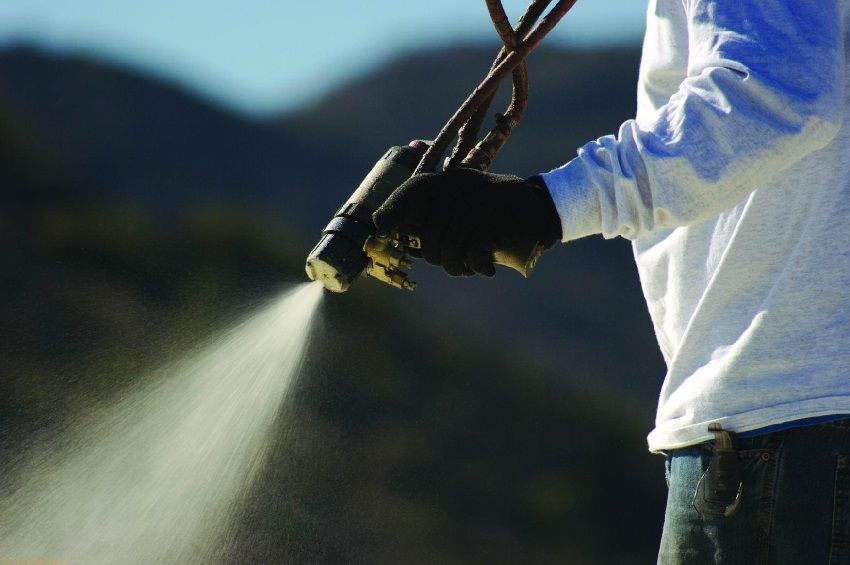 The main advantage of this method is to provide the building with high-quality thermal insulation, which is high efficiency. Due to its cellular structure, this material perfectly retains heat. But there are other advantages that should not be overlooked: 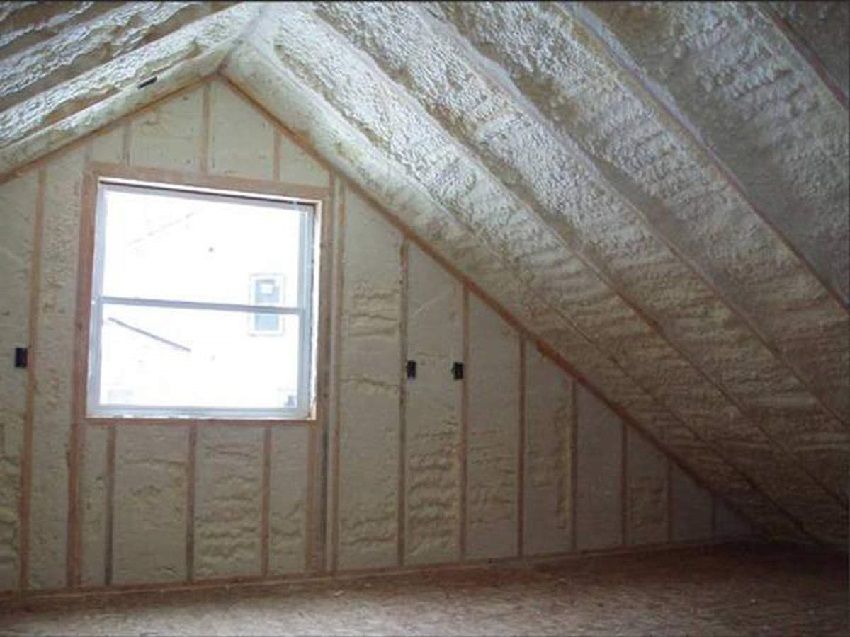 Helpful advice! All shortcomings and flaws are identified during the first year of operation. If during this period no shortcomings have been identified, the next 25 years you can not worry about it. 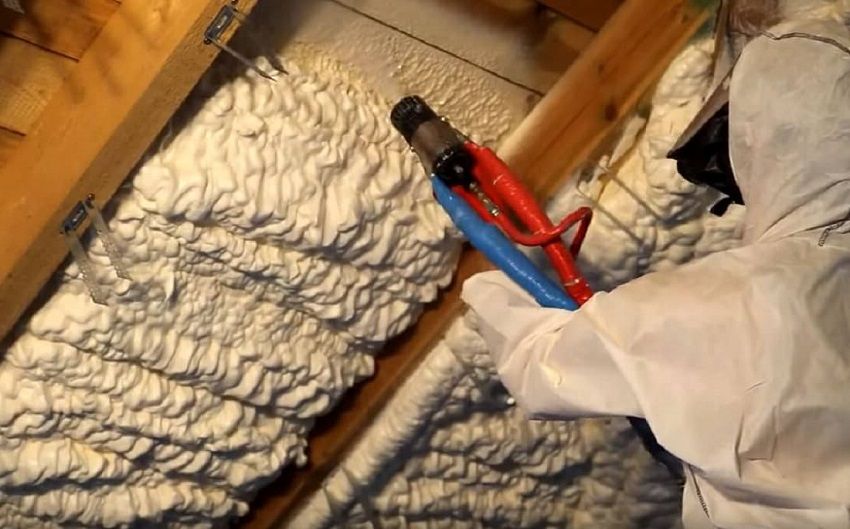 As can be seen, the number of positive characteristics of this material is large, and one can say that all these positive aspects completely justify its use as a heater. However, PPU also has disadvantages, and it is better to know about them in advance: 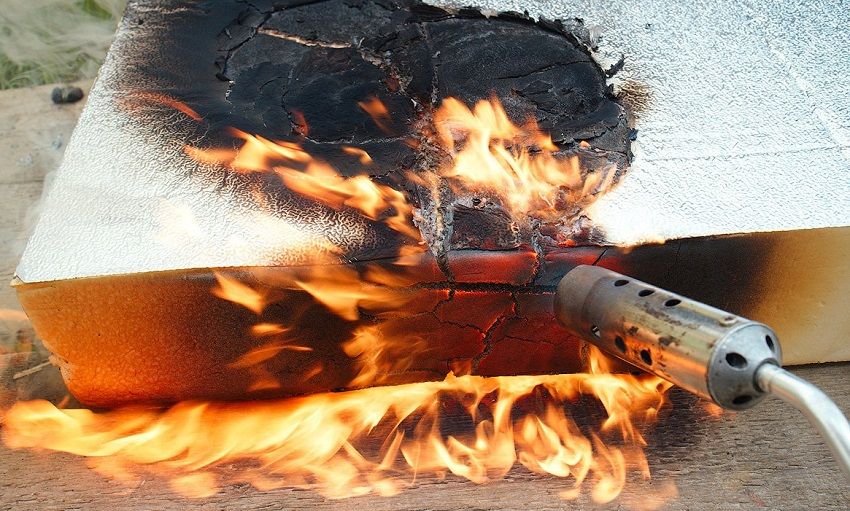 The kitchen is the center of the home. Not only the smell of coffee
A unique offer for you

Landscape design courtyard of a private house. Photos of modern courtyards and plots

RCD: what is it? Purpose, application and specifications

Fountain for the garden: a paradise on its own site

Rebar gauge: the right choice as a guarantee of reliability and durability of the structure

Toilet to give your own hands. Step-by-step instructions for creating a latrine on the site

Impressive wall paint and features of its application