Technical characteristics of extruded polystyrene foam allow today to create a really high-quality thermal insulation. Possessing characteristics similar to polystyrene, this material significantly surpasses it in consumer properties. It is more convenient to install, does not crumble and does not select a lot of useful space in the room. 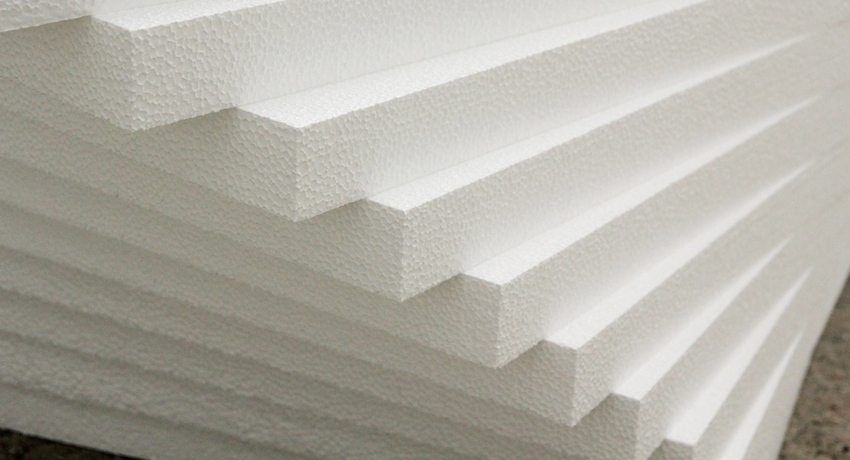 For the production of extruded polystyrene, whose characteristics depend on the thickness of the material and its density, granules are used. They consist of a polymer having the name polystyrene. In the production process, these granules melt, and at a certain pressure, the mass begins to boil, forming a foam. Special plasticizing agents, freon gas or carbon mixtures are added to the mixture at this stage. Then the liquid mass flows into special forms, where it is pressed. After complete curing, the finished material is cut into standard plates. About 90% of the total volume of the slab is air, which determined the peculiar technical characteristics of extruded polystyrene foam.

The standard dimensions of the foam panels are quite narrow. The length of one plate is 1000, 1250 or 2000 mm, its width is 500 or 600 mm, while the thickness varies in a much wider range from 2 to 10 cm. In addition, they also have differences in the structure of the side surfaces. In addition to straight edges, there are also “thorn” constructions, which makes it possible to lay the material more tightly if necessary. The internal structure of the slab is a huge number of small bubbles with air like foam, but unlike it, these granules are one whole, as they are interconnected in all directions. This is exactly what prevents the material from crumbling like its predecessor.

Helpful advice! For insulation of the external walls of the building, it is desirable to use plates with protrusions along the edges. This will provide better protection from freezing.

Scope of application of such material as penoplex is not limited to purely domestic needs. It is used, and with success, for insulation of pre-fabricated structures of shopping centers, hangars, warehouses and even buildings of small industrial enterprises. Extruded polystyrene foam, the technical characteristics of which will be considered a little later, has the following advantages that nobody can indisputable:

In comparison, for example, with basalt wool, penoplex has a higher thermal conductivity, which affects its ability to keep warm. In addition, some species have low compressive strength. These facts can be considered as shortcomings of this material. Still, minuses can be considered: 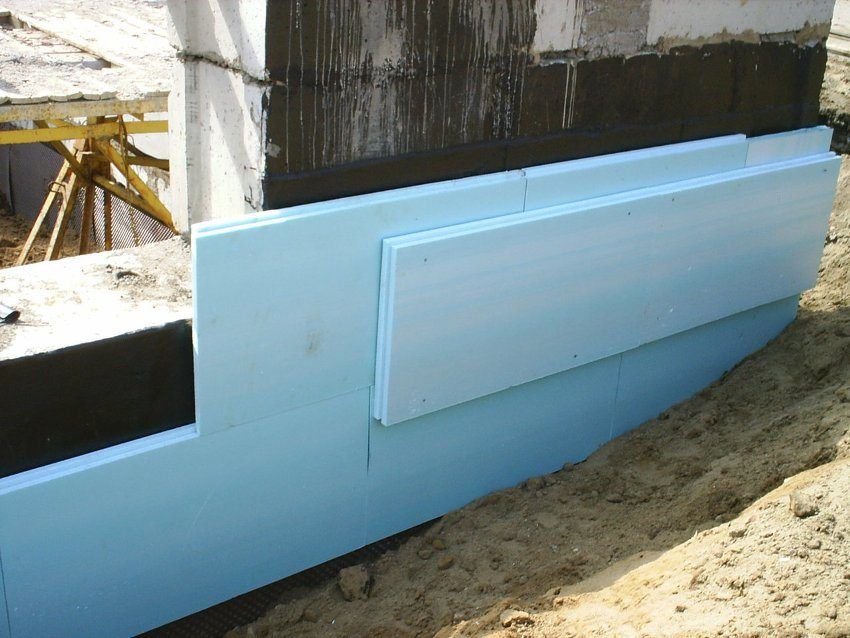 Helpful advice! When designing a thermal insulation system, you should always pay attention to the density of the foam plaster. The higher it is, the higher the thermal conductivity. Therefore, to achieve the optimum effect at constant density, the heat-shielding qualities can be changed by increasing the thickness of the sheets. This makes it necessary to calculate in advance the necessary amount of space that will be “donated” in favor of heat.

To fully understand the whole picture, it is necessary to understand in more detail the technical characteristics of extruded polystyrene foam. They are more than sufficient for insulation. The task of any insulation is to preserve heat in a heated room. Since the rate of heat transfer varies, according to the laws of thermodynamics, depending on the density of the substance, it is obvious that gases have a lower coefficient of thermal conductivity than solids. So the coefficient of thermal conductivity of air 0,026 W / m * ° C. Penoplex, being a 90% air mixture, has this index of 0.030 W / m * ° C. The difference is just scanty. This speaks of his excellent ability to retain heat. 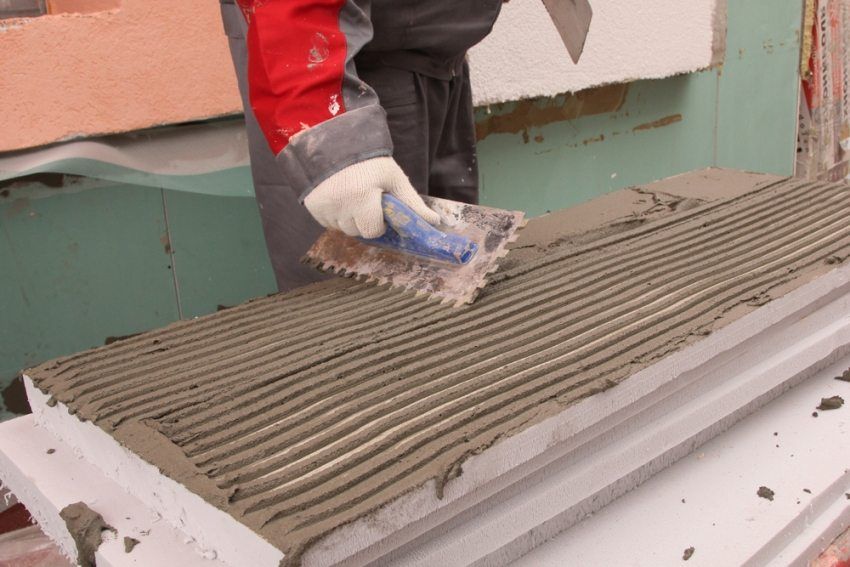 Styrofoam is available with a large range of density. It varies in various products from 25 to 47 kg / m3. This indicator greatly affects the strength of the material, which with increasing density increases from 20,000 to 50,000 kg / m2. Penoplex is a material that absorbs water very poorly. For 28 days, the plate can absorb only 0.4% of its volume in itself, and then this process stops completely.

The coefficient of such an indicator as vapor permeability is only 0.0128 Mg / (m * h * Pa). This makes, in some cases, an optional device for an additional layer of vapor barrier when installing individual systems. The ability to withstand low temperatures of up to –50 ° C and high temperatures up to + 75 ° C allows this type of insulation to be used in virtually any climatic conditions. However, polystyrene is quite flammable. Depending on the amount of flame retardants added to it, the class of flammability can vary from G1 to G4. 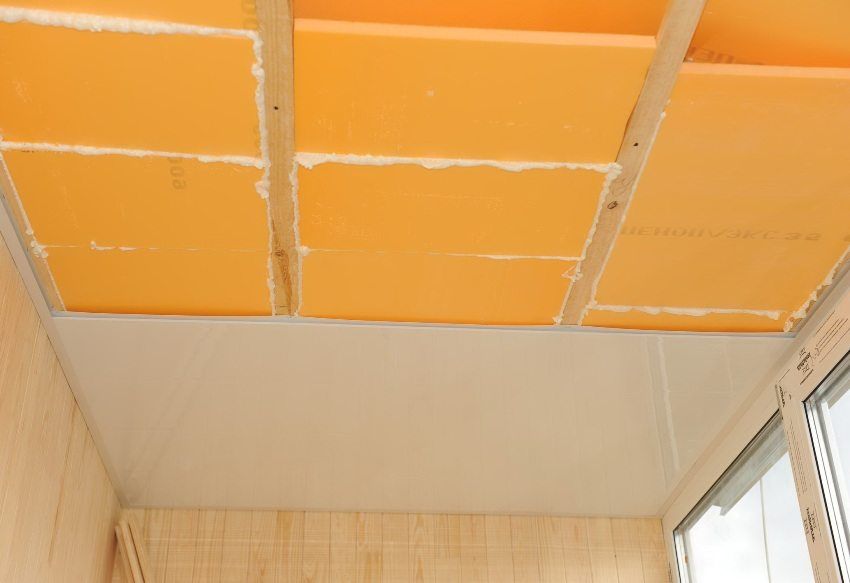 Some brands of extruded polystyrene, whose characteristics are beyond praise, also have a G-shaped notch along the edges. It is needed for a more snug fit of the plates to each other by strengthening the insulation of the seams. This circumstance does not allow cold bridges to form between such products.

With penoplex conducted tests, consisting in repeated freezing and thawing of a wet plate. Most of the tests showed that the stove can withstand up to 80 such cycles, which in practice can correspond to the number of years of operation. 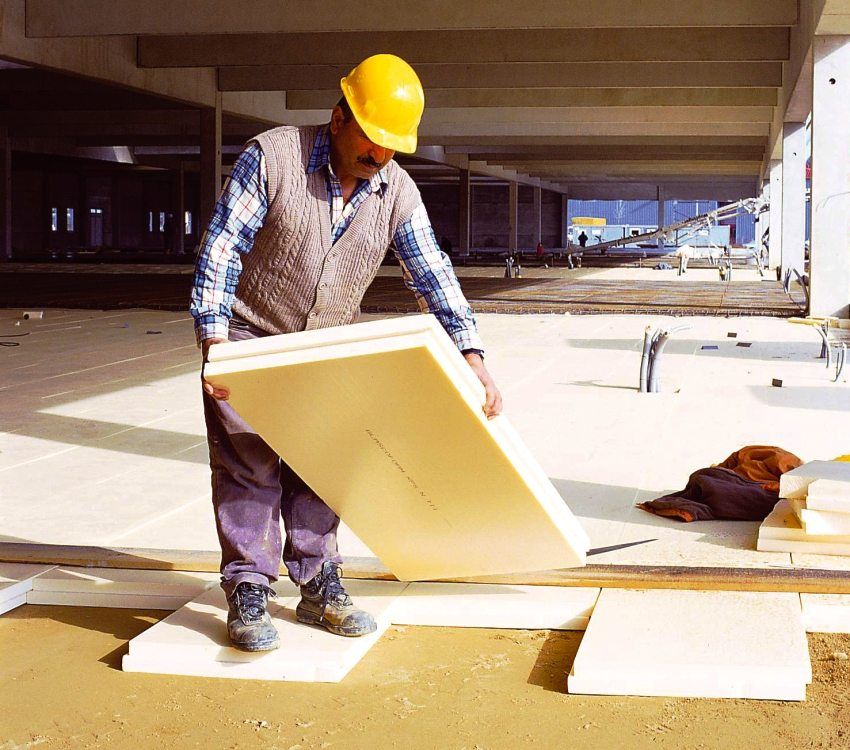 When comparing the material in question with its fellow polystyrene, striking differences will immediately strike the eye. They emerged as a result of the use of modern unique technology in the production of Penoplex, which made this material more subtle and durable. Indeed, in order to achieve the same effect, it is necessary that the foam layer will double in comparison with the foam layer, and, moreover, put in two rows so that cold bridges on the seams are not created.

If to compare expanded polystyrene with other heaters, then such characteristics as sound permeability, it loses to some of them. But for ease of installation, he has no equal. After all, it is much easier to lay hard plates than to suffer with soft rolls of mineral wool. 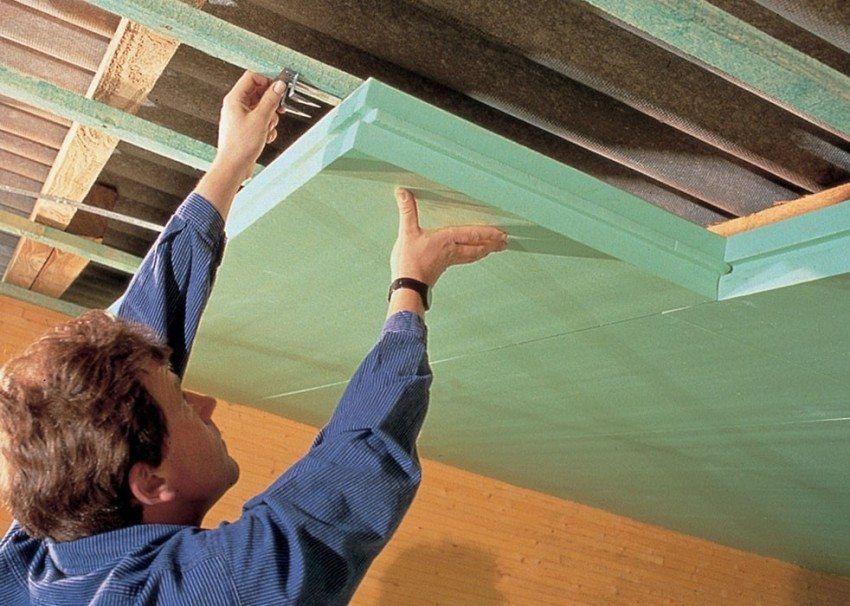 Helpful advice! When building a bath or sauna, never use extruded polystyrene foam for insulation. Its characteristics are such that they do not allow it to be placed in conditions where the temperature in the room rises above + 75 ° C.

Technical characteristics of extruded polystyrene foam allow it to be used in almost all areas of the construction industry, regardless of the region of the object. He will show himself equally well, both on a small balcony or loggia in his apartment, and in the walls of a huge shopping complex. Therefore, its use is more than justified.

With the arrival of heat, not only nature comes to life, but also annoying

Duct fans for round ducts: features and operation

Wardrobe: photo of the design of the facade and types of design

Metal fence-blinds: how to create a beautiful and durable fence

Mosaic tile for the bathroom: varieties, design choices and styling

Polycarbonate greenhouses with opening top: types and features of construction

Covering material for greenhouses and greenhouses: the optimal microclimate for harvest

Than to warm the ceiling, walls and floor in the bath: the best materials and technologies