Ondulin is one of the most convenient for installation, roofing. The dimensions of the sheet ondulin allow the construction of the roof of this material, even alone. The use of these soft, but at the same time sufficiently durable sheets is justified in various areas of civil engineering, from private homes to small shops and office buildings. Therefore, the installation manual ondulin will be useful to anyone who plans to conduct roofing work. 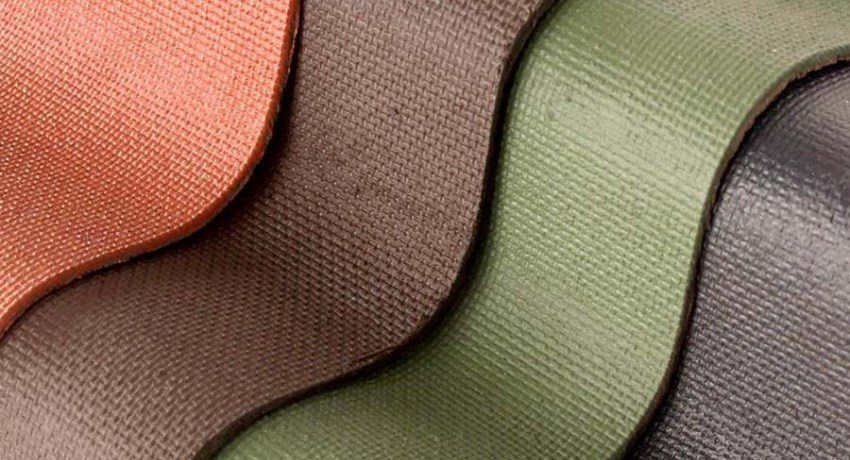 The production of this roofing material is carried out since 1994. Then it was invented in France. In our country, it appeared relatively recently, but the popularity itself has earned well-deserved. The production technology of Euro-slate, as Ondulin is also called here, is based on the impregnation of compressed cellulose with bitumen. The sheets are made wavy, similar to the usual familiar to all slate. 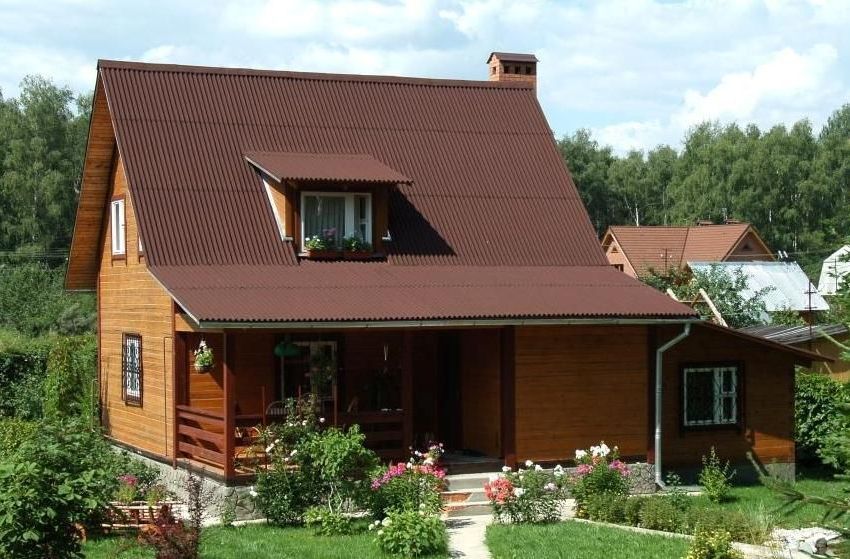 The color of the sheets depends on the pigment added to the bitumen impregnation, as well as on its saturation. The surface of the sheets is treated with thermosmol and other mineral components. This provides moisture resistance and durability.

Ondulin, the photo of which can be found in various online stores, consists of several substances:

Helpful advice! Since bitumen components predominate in ondulin, it produces a persistent smell of petroleum products when heated. For this reason, it is not recommended to be used in children’s institutions and in places where the air circulates poorly.

The standard sizes of an ondulin sheet are not very different from the sizes of slate sheets and are: 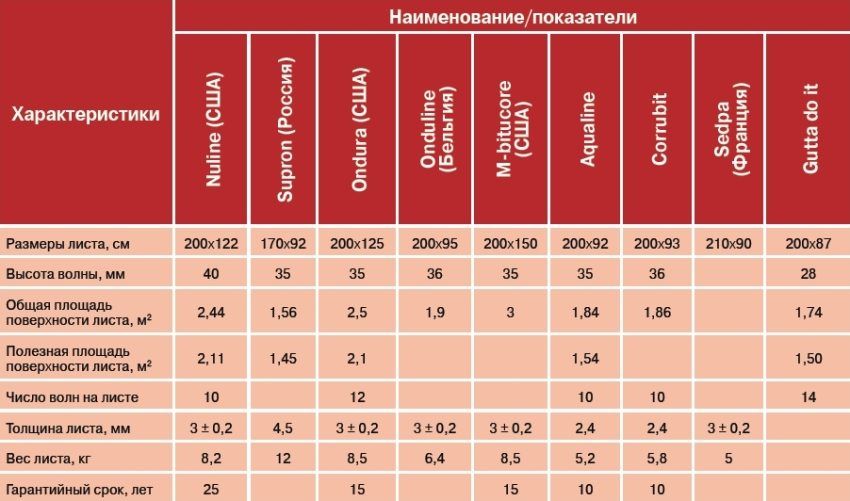 The difference is in weight, which is significantly less, and a shorter wave height. That weight is the main advantage over other roofing materials. After all, the details of the roof system under the ondulin roof can be much thinner. Since this material can be conventionally attributed to a soft type of roof, its installation is very convenient. Attach the sheets to the crate with nails with large caps. You can cut them with a regular hacksaw or a circular saw. The sizes of an ondulin allow its laying alone or together, which greatly reduces the cost of installation work. As disadvantages, we indicate: the smell when heated and the low class of fire safety. 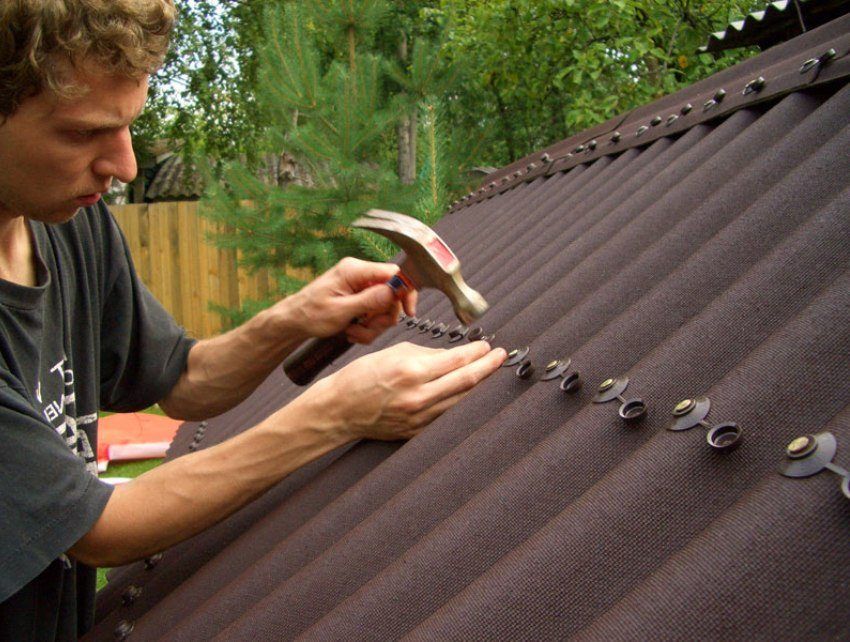 The technology of mounting this material on a sloping roof strongly depends on its angle of inclination. If it lies in the range from 5 to 10 degrees, then they make a continuous crate. It can be made of tesa with a thickness of 15 to 25 mm or plywood. Between themselves, the adjacent sheets overlap on 2 waves. Sheets from adjacent rows overlap each other for 300 mm. The top sheet is put on the bottom, until they reach the top of the ramp. The standard sizes of an ondulin allow to lay three rows of sheets on the 5th meter slope.

If the angle of inclination of the roof slope planes increases to a range of 10 – 15 degrees, then the sheathing can be made not solid. An interval of 45 cm is taken along the axes. That is, this is the distance between the upper edges of two adjacent boards. The overlap at the ends is 200 mm, and from the sides in 1 wave. Greater than 15 degrees tilt angles make it possible to use a batten with an axial spacing of 60 cm, an overlap at the ends of 170 mm and a side in 1 wave. 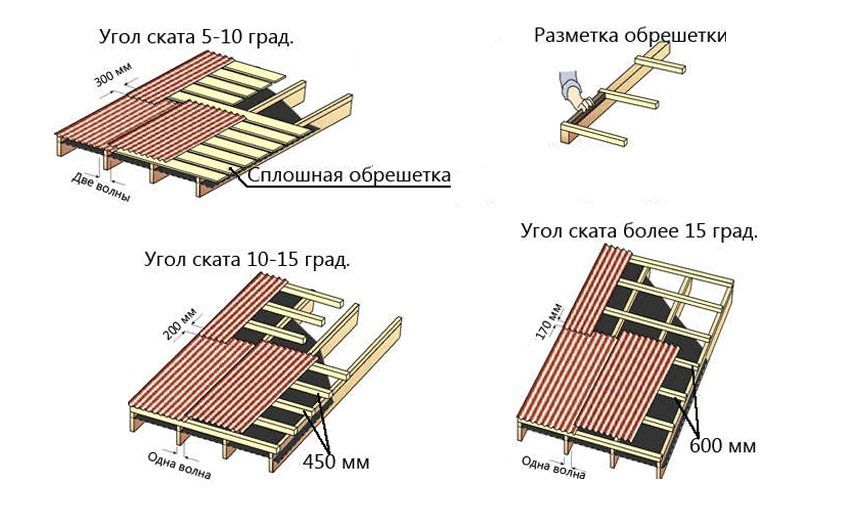 Each board sheathing nailed parallel eaves board. For this purpose, the reference “interval” is made of bars, which is used to mark the place of fastening of each next batten board. In order to accurately mark the wavy sheets, you need to take a small piece of ondulin with a straight edge and draw on it with a colored pencil. This will allow accurate lines.

Helpful advice! When cutting ondulin sheets, the hacksaw should be lubricated with machine oil. This will prevent it from becoming stuck in the viscous structure of the material. 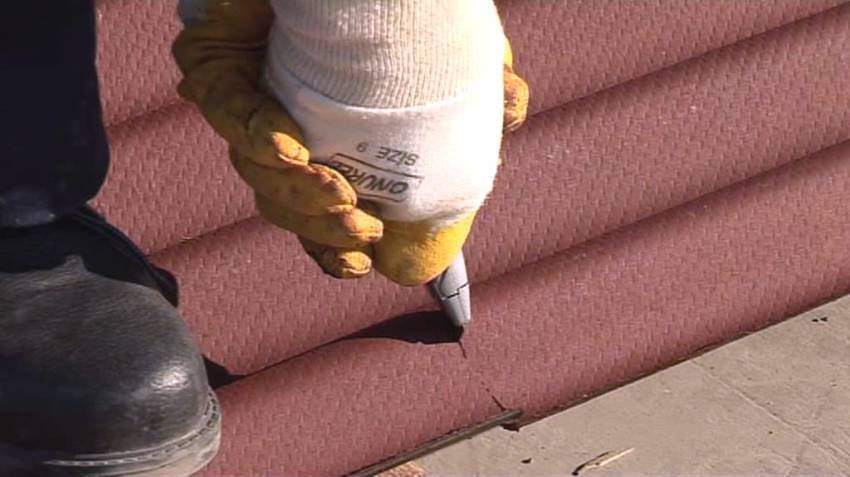 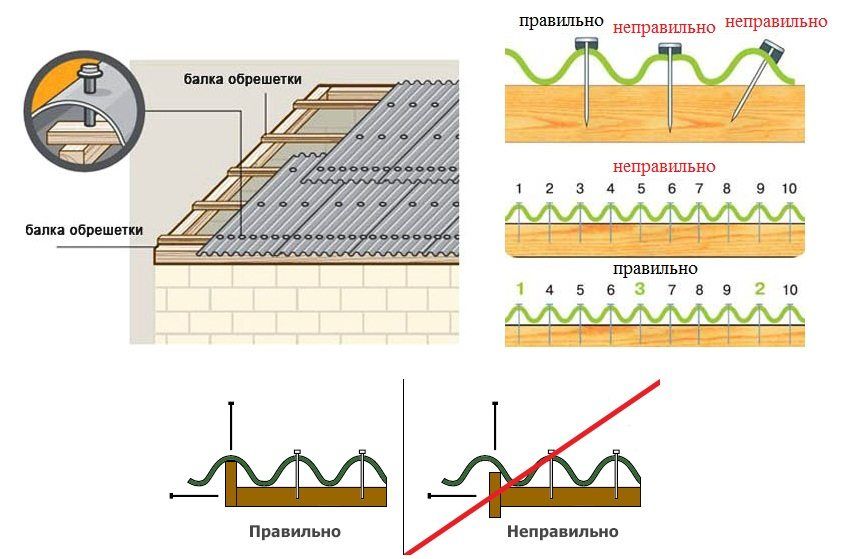 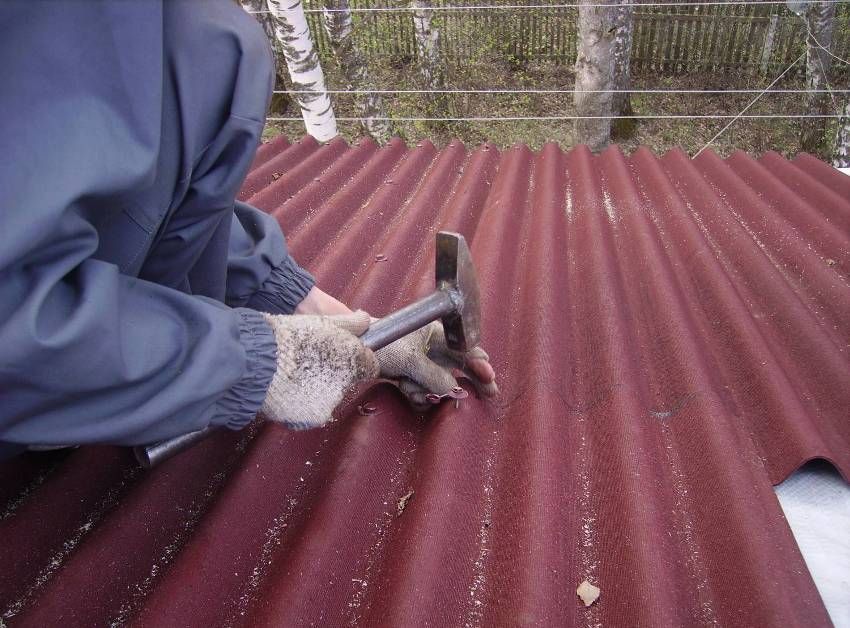 Helpful advice! The installation instruction of ondulin assumes the device under it vapor barrier. Builders recommend using a vapor barrier for this purpose, manufactured by the same manufacturer as the sheets themselves. 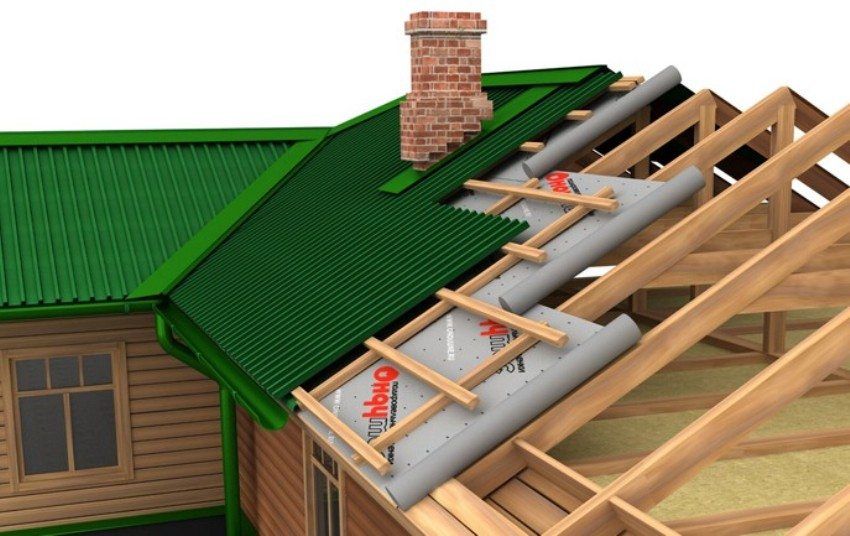 Since this material tends to exude a strong odor when heated in sunlight, the roof and the attic room need regular ventilation, especially in the hot season. For this purpose, manufacturers produce various roofing fans, combined with Ondulin. They are fixed anywhere on the plane of the roof with nails in each wave. At the same time, the joints are well waterproofed.

Roof windows are used to illuminate the attic space. When mounting them, it is necessary that the top sheet overlaps on the basis of this element. Strengthen windows too with nails for ondulin. Reviews of the owners say that the use of such windows is perfectly justified, since in addition to lighting, they provide an opportunity to go to the roof if necessary. 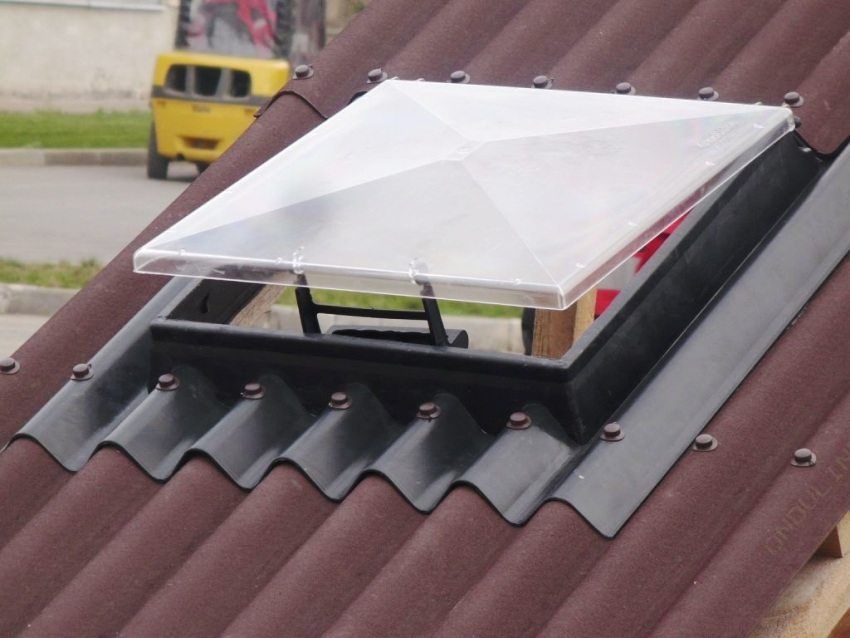 Another useful element is the curtain filler. This is a gasket that is placed under the ondulin at the level of the cornice or under the ridge element. It is necessary so that the birds do not penetrate into the attic room.

Ondulin roofs, photos of which can often be found when viewing finishing options, can save not only on the cost of the material itself, but also on the details of the truss system. In addition, no additional installation people are needed. After watching the video, how to cover the roof with ondulin with your own hands, you can cope with everything yourself.

Bar counter with your own hands for the kitchen and living room: step by step instructions

Sink for kitchen from an artificial stone: characteristics, features of the choice and leaving

Concrete rings for sewage: dimensions, prices and use of products

How to put a tile in the bathroom: all the stages and subtleties facing the surfaces

Spray gun for water-based paint: varieties and tips for choosing

220V electric heat gun: a review of the best heaters