Today, various materials are used for the production of furniture and decorative coatings – particle board, fiberboard, MDF, solid wood. However, more and more manufacturers prefer to deal with chipboard. At the same time, many buyers are still confused by the abbreviation of LDSP: what is it, how does this material differ from the above-mentioned varieties, and what are its advantages and disadvantages. Answers to these questions will be provided in this article. 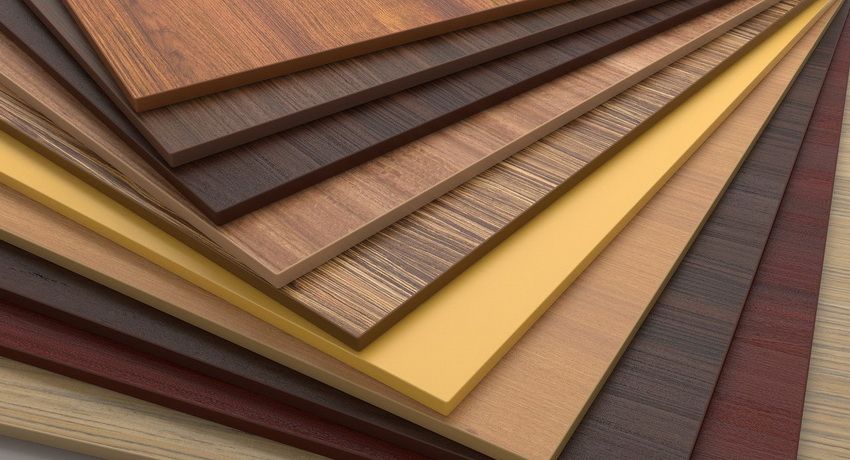 You can see the similarity of the terms chipboard and chipboard. The latter is decoded as chipboard or chipboard. The abbreviation itself, although it is commonly used, is not entirely correct. It would be more correct to write the ChSP. We are talking about a composite material, in the production of which, due to hot pressing, sawdust and shavings together with binding formaldehyde resins take the form of a solid web. 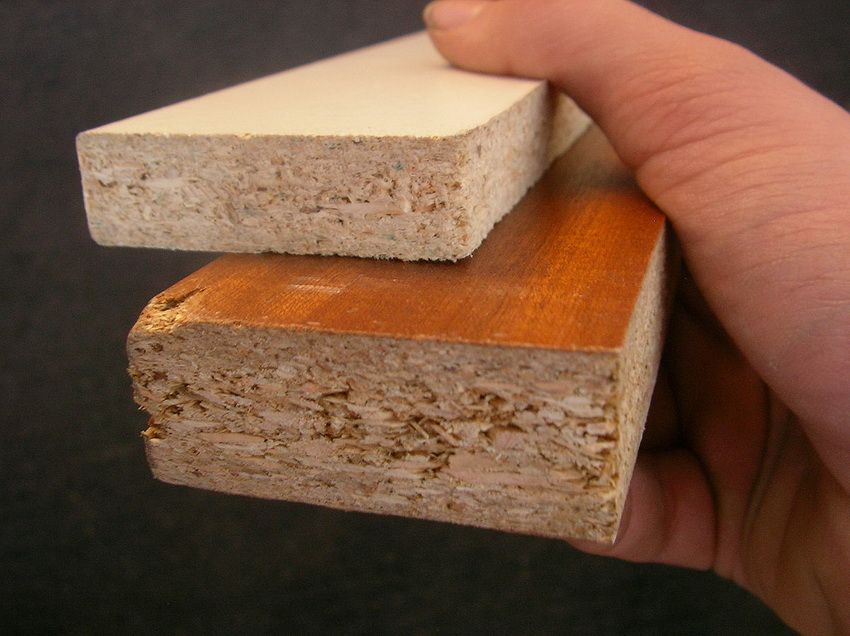 For the first time this material was invented back in the 30s. Twentieth century, but the mass production of particleboard began only in the 50s. Last but not least, this is due to the difficult post-war situation. For the needs of mass production, cheap and affordable material was required, and natural wood was expensive and the waste during processing reached 60%. In addition, the tastes of customers have changed significantly – the fussy bulky furniture did not correspond to the spirit of the era, which combined the desire for simplicity, convenience and lightness with the need to save. DSP also fully met all these requirements. 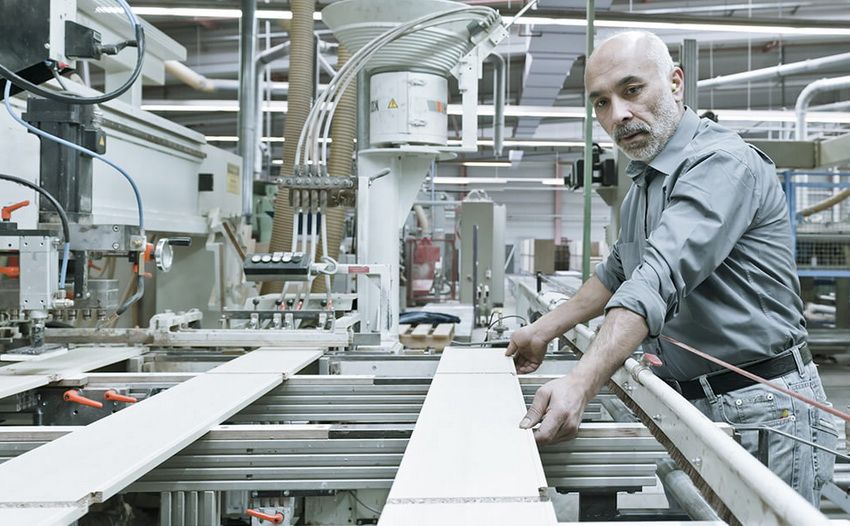 The resulting durable and very affordable material instantly found application in the manufacture of upholstered and cabinet furniture, cars, in construction (as formwork, partitions, beams, floors, skins, frames). Among its advantages can be noted good indicators of heat and sound insulation. 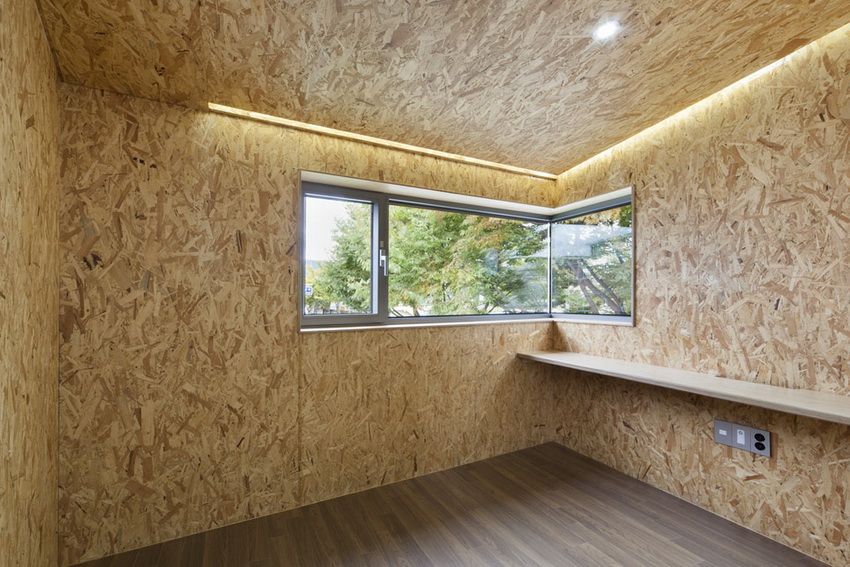 However, there are chipboard and a number of serious flaws. It can absorb moisture (up to a third of its original volume) and deform. The stove may also lose its shape under the influence of heat. This limits the possibility of using chipboard sheets in the kitchen or in the bathroom. The only exceptions are the canvases that have undergone a special treatment as a result of which the material becomes moisture and fire resistant.

Due to the dense structure, chipboard well holds nails and screws. However, due to the same structural features, the fixing hardware cannot be re-fastened, as the plate will begin to crumble. For the same reason, the material is not suitable for milling and creating curvilinear contours.

And finally, the most disadvantage of chipboard plates is the use of urea-formaldehyde and phenol-formaldehyde resins in the process of their manufacture. They prevent the decay of wood, however, is not the most favorable effect on human health. 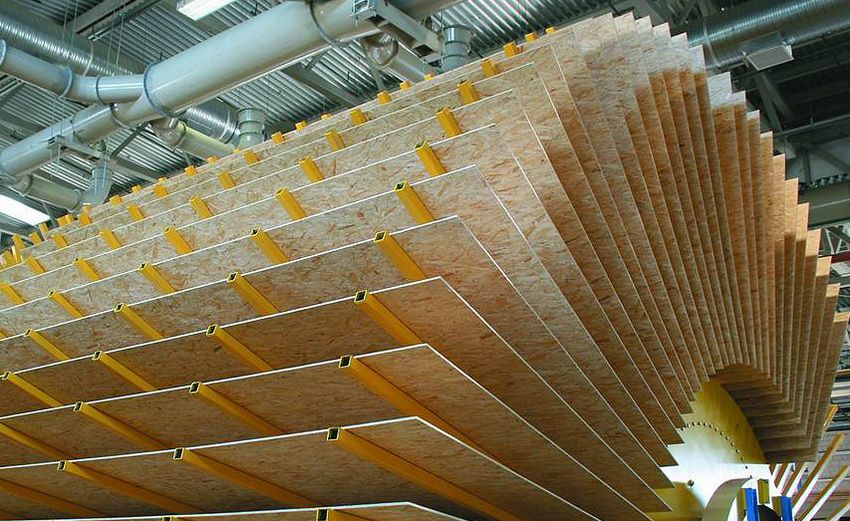 Note! Formaldehyde is an extremely dangerous chemical. It can accumulate in the human body, cause poisoning or provoke the development of serious diseases. The main signs of poisoning are cough, irritation of the mucous membranes of the throat and eyes, dizziness, fatigue.

There are several classifications chipboard.

The amount of harmful substances in chipboards is indicated by the formaldehyde emission class E1 and E2. The E1 class is considered to be more environmentally friendly (it corresponds to the GOST 10632–89 adopted in Russia). Class E2 is not suitable for use in children’s rooms. Many European manufacturers have already ceased production of chipboard of this class. 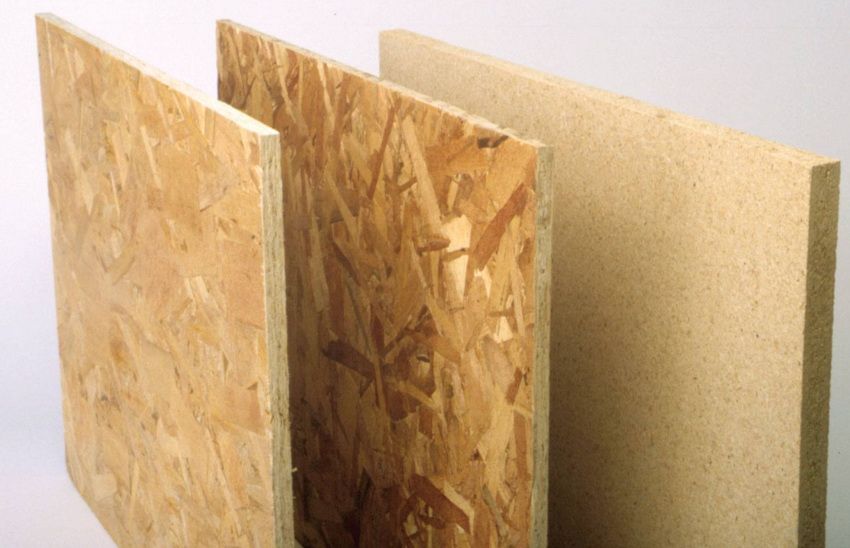 Depending on the quality and appearance of the finished chipboard is:

According to the type of cladding, they release chipboard:

To find out which is better – chipboard or laminated chipboard, you need to familiarize yourself with the characteristics of laminated panels. 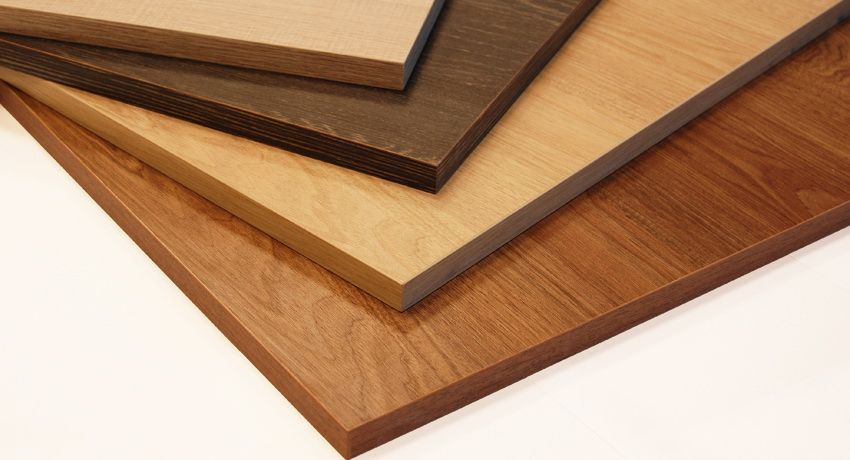 At the final stage of their production at high pressure and high temperatures, they are covered with a special polymer film. This film is made of paper impregnated with melamine resin. Sometimes in the manufacture of expensive LSDP use a special varnish, which is not afraid of water and scratches.

Ready-made chipboard panels are cooled, dried and sawn in accordance with standard sizes.

Chipboard free from many of the drawbacks of chipboard. They are not afraid of moisture and high temperatures, therefore, furniture makers often prefer to assemble kitchens from chipboard (photos of these sets clearly demonstrate the popularity of such a solution). 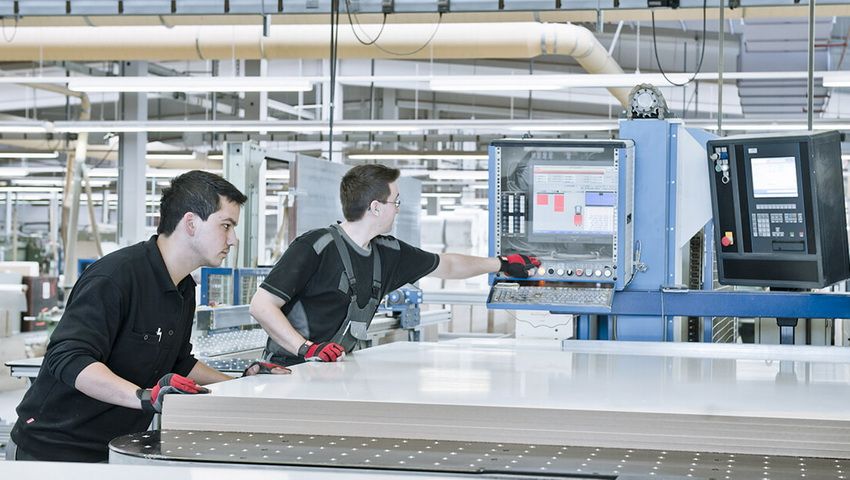 An additional advantage of this material is its low cost and ease of processing. It is enough to cut the chipboard sheet and trim the edges with an edge, which, by the way, significantly reduces the level of formaldehyde fumes.

Helpful advice! Wrap off chipboard can only be on a special machine. There are many companies and shops of building materials that provide a similar service. From the received blanks will not be difficult to assemble furniture from chipboard DIY – bed, bookcase or cabinet.

LDSP very strong and well keep fixture. They are almost not afraid of mechanical damage, and with proper and very easy care can serve at least 10 years. 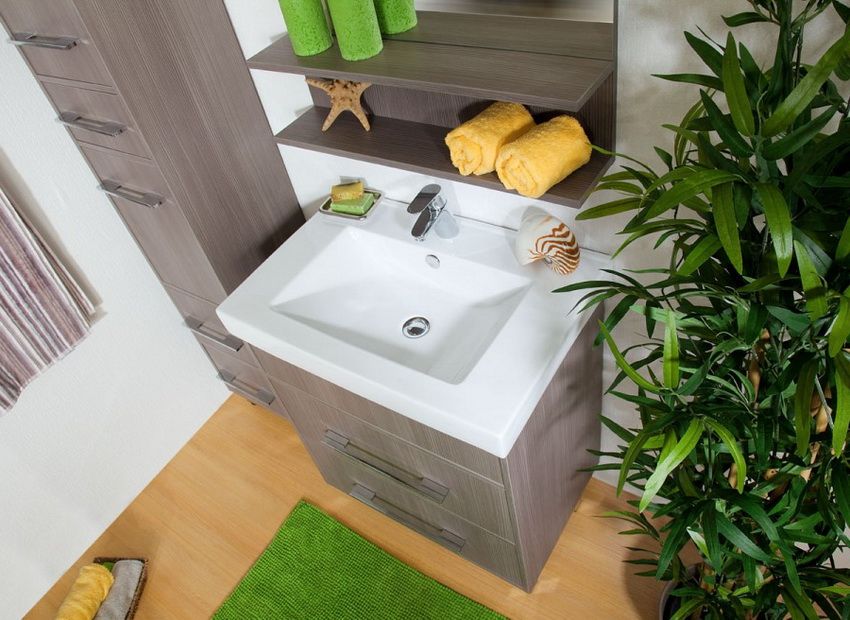 Among the undoubted advantages of laminated panels can be noted the widest color palette, presented in the catalog of colors chipboard. Thanks to the coating, they can imitate any material, fit into any interior. 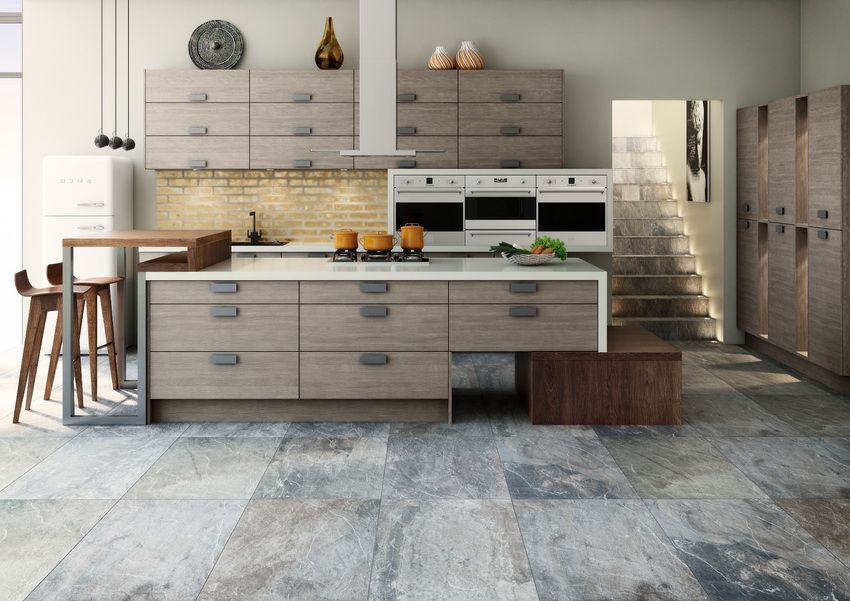 Regardless of whether the plates are made in Europe or in Russia, laminated chipboard will be an excellent choice for many years to come, thanks to the optimal combination of price and quality.

Obligatory element of any personal plot, if you have children, is a playground. It

Bathroom – an integral part of the dwelling. The specificity of the room requires
A unique offer for you

Dishwasher rating: review of the best devices from popular brands

Technical characteristics of extruded polystyrene foam
How to make tape drainage with your own hands?

Trays for storm sewers: purpose, types and features of installation

Doors from the array: the nobility of nature in a modern interior