Facing bricks are rightly called one of the best materials for facing a house. After all, the excellent appearance, combined with the technical characteristics, fully meets the requirements of any homeowner, and a large selection of colors, shapes and textures only expands the available possibilities. Consider what else is facing brick: dimensions, prices and other characteristics of this material. 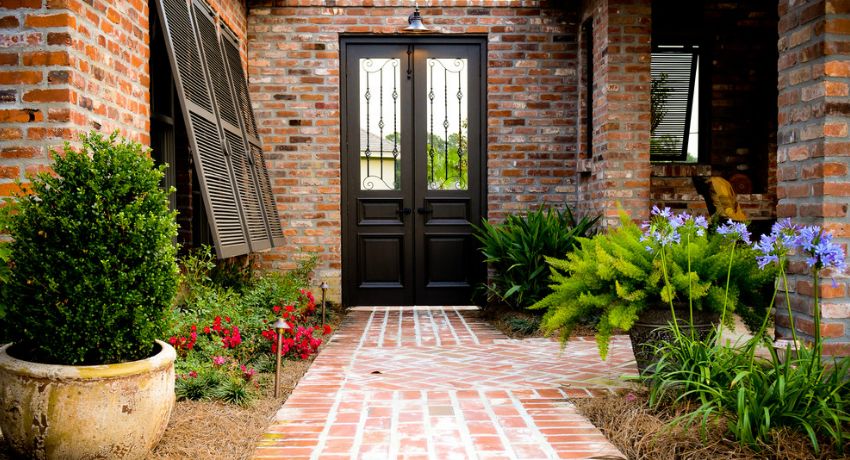 The requirements for the inner surface of the walls of a house are several times smaller than the requirements that are imposed on the facing of the outer part of the house. And if in the first case it is possible to use ordinary clay or silicate bricks, as well as foam concrete or aerated concrete blocks, then you can ensure a really attractive appearance for the exterior of the house only by using facing brick for the facade. 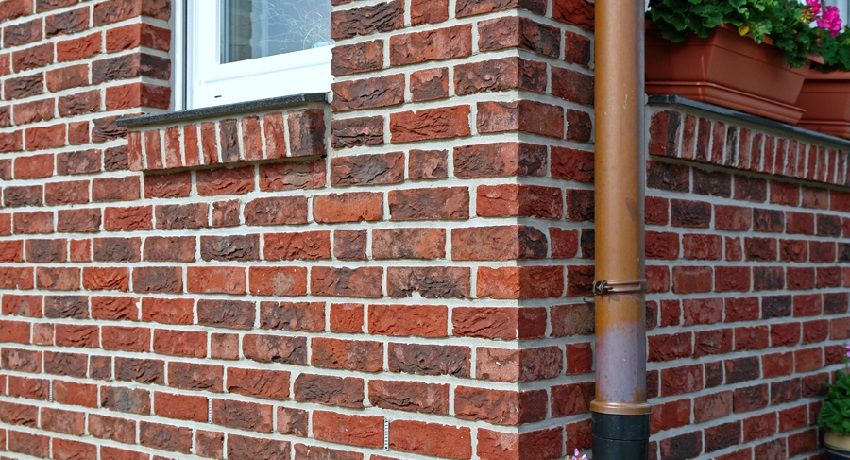 But even in the case when the choice is made in favor of the facing brick, the owner of the house still has to make a difficult choice and give preference to one or another of its variants. Consider what types of this material are, and what you should pay attention to when choosing.

Brick parameters are directly determined by the technology of its production, so depending on the features used for the production of materials and related processes, there are 4 types of finishing bricks:

In addition, each of these options is also available in 2 types – hollow and full-bodied, so the choice is really wide. Briefly consider the characteristics of each of the options, as well as its features and benefits.

Helpful advice! In addition to the fact that hollow bricks have a significantly lower weight (the difference is about 25-35%), they also more effectively resist heat loss, surpassing solid bricks by 10-15%.

Another interesting question – how much does one brick for facing the facade weigh? The weight of a facing brick is determined by what material it was made of. For example, a corpulent silicate (white) brick, the size of which conforms to the standard, weighs on average 4.6 kg, and a regular ceramic brick intended for facing will weigh only 1.45 kg.

This type of brick is produced by roasting specially prepared and formed mass, which consists of red low-melting clay, as well as special additives that are able to regulate the plasticity of the material. Sawdust, quartz sand, ash, coal dust, slag, etc. can be referred to such auxiliary components. 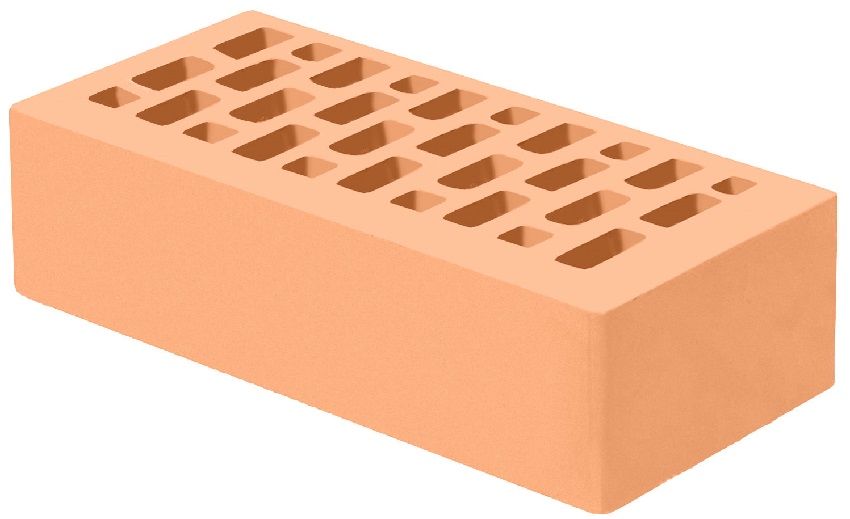 This mixture is initially formed in the desired form, and then dried and fired. The main distinguishing point that makes facing bricks unlike ordinary ones is more thorough preparation of all the components before they are formed. This eliminates the risk of cracking, as well as a variety of foreign inclusions, which can spoil the appearance of the finished product.

Thus, the resulting material, characterized by extremely high resistance to moisture, as well as high strength and the ability to effectively retain heat. As for the color and texture diversity, here this type of brick is represented by a huge variety. Using mineral dyes that can be added to the starting material (usually chromium oxide, finely ground manganese or iron ore), manufacturers give the brick an attractive appearance.

Helpful advice! If there is a need to make the facing of a complex architectural element, then you should pay attention not to the usual ordinary brick, but to the shaped material, which is produced specifically for solving complex problems. 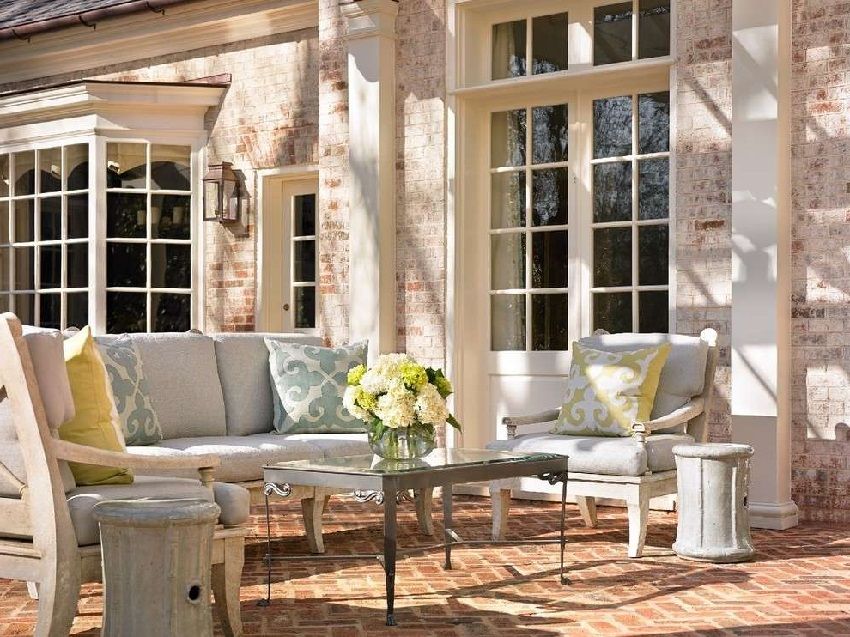 For decoration can be used in one of several ways. In addition to the traditional, which is considered to be smooth and matte ceramic facing bricks, you can find more unusual options for sale, for example, imitations of wild stone. Of course, if for standard products the price will be about 12-15 rubles per item, then all sorts of imitations will cost much more.

For ceramic products, the following brick dimensions are considered to be standard – 250x120x65 mm. At the same time, according to European standards, these figures are somewhat different – 250x85x65 mm. The thickened version corresponds to the parameters of 250x120x88 mm and 250x85x88 mm, respectively.

Interesting! The standard brick size is “loaf”, which is the most common 240x115x71 mm, if you are guided by European standards.

Clinker bricks are very similar to ceramic. But there are certain differences between them related to the characteristics of the raw materials and temperature regimes for firing. In order to make clinker brick, middle-melting and refractory clays are used predominantly, so that higher temperatures are also required for firing. 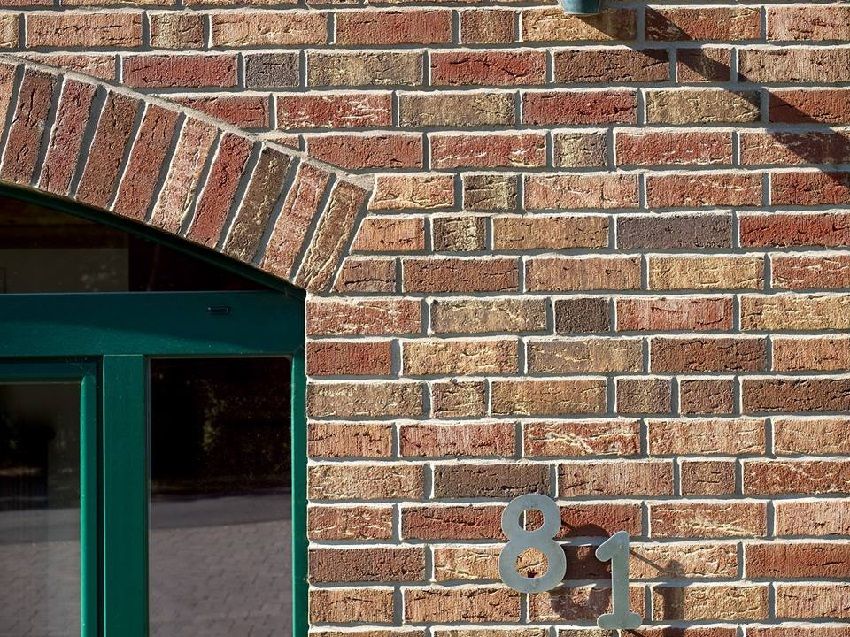 The result of this technology is a more durable facing brick, which is characterized by a minimum level of water absorption, and is excellent in resisting the effects of various external factors. Such characteristics make it possible to use it not only for the decoration of the walls of the house, but also as a facing material for the foundation of the foundation, paving of paths and the erection of fences.

But there are indicators for which the clinker brick is inferior to ceramic. For example, this applies to thermal conductivity, which in this case is somewhat higher. However, this disadvantage is compensated by the fact that the material is characterized by a high level of resistance to cracking as a result of exposure to low temperatures.

The colors and textures of clinker bricks can be so diverse that you can even come across the concept of “collections” that various manufacturers offer their customers. As for the size of the clinker bricks, here you can find a variety of options.

The standard size of a decorative brick can have the following parameters – 250x120x65 mm, 250x90x65 mm and 250x60x65 mm. As you can see, the height of the brick can vary, but the length and width of the brick remain unchanged. The only exceptions are elongated elements, whose parameters are 528x108x37 mm.

If we talk about which of the manufacturing techniques of facing bricks is the most justified, then we will have to turn to such an option as pressed unburned bricks. This is largely due to the fact that due to the abandonment of the energy-intensive firing process, production costs are significantly reduced. Cement, water and granite screenings are used as the basis for concrete bricks. Mixing these components together, they simply betray the desired shape and leave to freeze.

If we start from the fact that the main requirement for the material used for the facade is resistance to various external factors, then this material more than meets the specified criteria. In terms of strength, concrete bricks are not inferior to clinker. And thanks to the different colors, they also look great. 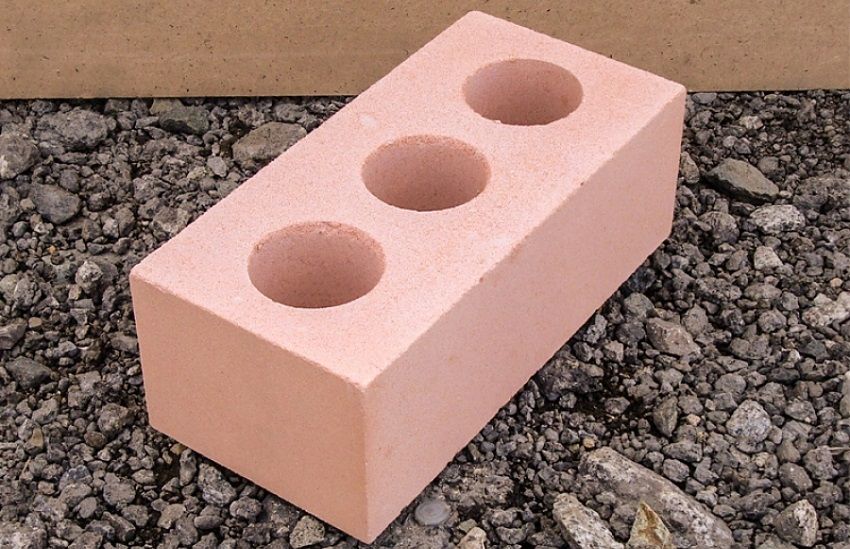 Interesting! Sometimes you can find a description indicating the size of the “yellow” facing bricks. Most often this is the name of a product made by hyperpressing, based on cement and shell limestone.

Silicate bricks also refer to materials that are made without resorting to the firing process. But this brick differs from the previous version by the components that are included in its composition. First of all, cement is not added to the raw materials at all. The desired strength of the material is achieved by solidification of silicate sand mixed with slaked lime. As a stimulator of this process, the use of an autoclave unit, which provides increased pressure and temperature, is resorted to.

Today, this material is not particularly popular, as facing material. In the first place – this is due to its appearance. Despite the fact that manufacturers still have developed several colors, they all do not look too bright and attractive. So in the fight against ceramic or clinker bricks, silicate ones definitely lose.

But if we talk about the positive aspects of this choice, then the technical characteristics of this material are more than satisfactory. On the one hand, silicate elements are somewhat more susceptible to moisture absorption than clinker ones; on the other hand, they are better able to withstand the effects of repeated wetting, freezing and thawing.

Helpful advice! In order to find the right brick in color, texture and shape, it is not necessary to spend the whole day visiting construction stores. The easiest way is to go to the website of a reliable supplier, and using the online catalog, choose the best option.

The color of the baked clay itself is quite bright and attractive, and is often the preferred option. It is the natural colors that are most in demand and for many years hold the leading position. But still, other options are used.

To give the surface of the facing brick the desired texture is very simple. For this, a textured pattern is applied over the still not frozen element, after which the element is sent to the furnace. 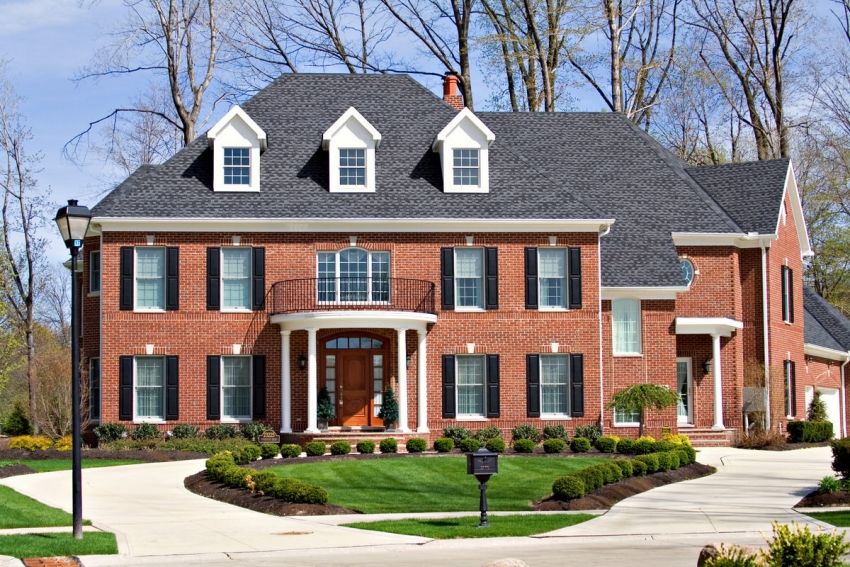 After reviewing the variety of facing bricks, as well as their size, prices and characteristics, each home owner can choose the highest quality and suitable option for the design of his facade. Of course, choosing one has to focus not only on the appearance of the material, but also on the price of the finishing brick for the facade. However, it is quite possible to find an attractive and inexpensive option that will satisfy all your wishes.

Counter battens are one of the main elements of the roof, along with battens
A unique offer for you

Laying underfloor heating under tiles: the technology of self-installation system

Shower for giving heated: comfortable rest at any time

Calculation of floor heating to optimize the heating system

Video laying paving their own hands: step by step instructions

Benzokosa: rating of the best models from popular manufacturers

How to insulate a house outside and what? Ways of external facade insulation

How to insulate a house outside and what? Ways of external facade insulation

Warm plinth: a new efficient heating system for your home