The guarantee of brightness, efficiency and durability of LED sources is the proper power, which can be provided by special electronic devices – drivers for LEDs. They convert the AC voltage in the 220V network to the DC voltage of the specified value. The analysis of the main types and characteristics of devices will help to understand what function the converters perform and what to look for when choosing them. 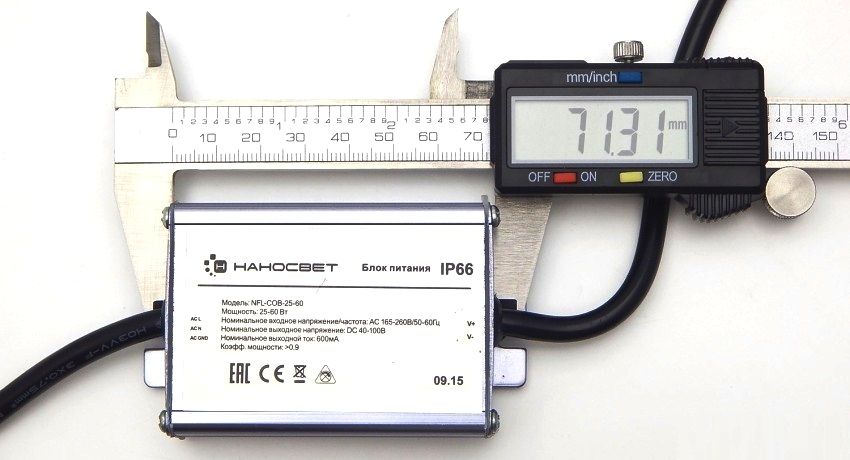 The main driver function for LEDs is to provide stabilized current passing through the LED device. The value of the current flowing through the semiconductor crystal must correspond to the passport parameters of the LED. This will ensure the stability of the glow of the crystal and help to avoid its premature degradation. In addition, for a given current, the voltage drop will correspond to the value required for the p – n junction. You can find out the corresponding supply voltage of the LED by using the current-voltage characteristic. 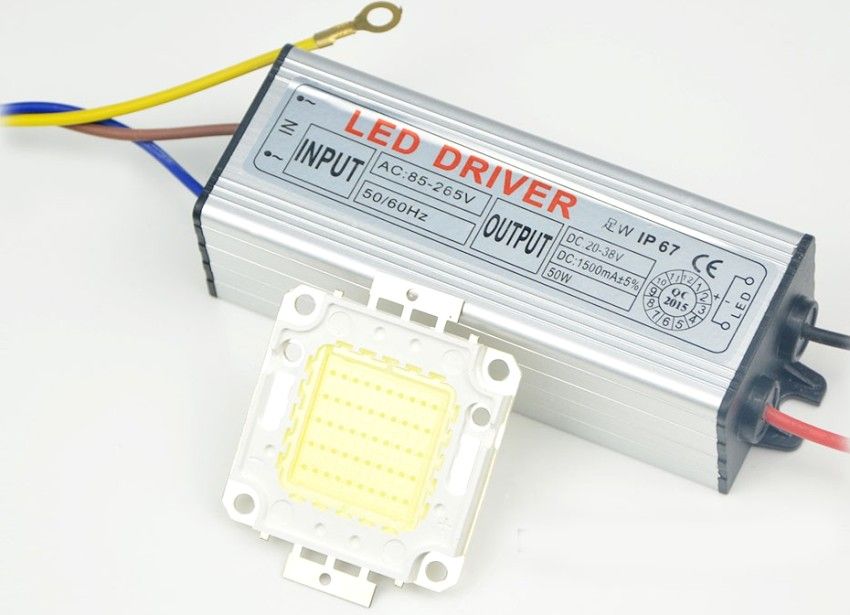 When lighting residential and office premises with LED lamps and luminaires, drivers are used that are powered from the 220V AC network. In automotive lighting (headlights, DRL, etc.), bicycle headlights, portable flashlights use a DC power supply in the range from 9 to 36V. Some low-power LEDs can be connected without a driver, but then a resistor must be added to the 220-volt network.

The driver voltage at the output is indicated in the interval of two final values ​​between which stable operation is ensured. There are adapters with an interval from 3V to several dozen. To power the circuit of 3 consecutive white LEDs, each of which has a power of 1 W, you will need a driver with output values ​​U – 9-12V, I – 350 mA. The voltage drop for each crystal will be about 3.3V, and a total of 9.9V, which will be included in the driver’s range.

Before you buy a driver for LEDs, you should be familiar with the main characteristics of devices. These include the output voltage, rated current and power. The output voltage of the converter depends on the magnitude of the voltage drop across the LED source, as well as on the connection method and the number of LEDs in the circuit. The current depends on the power and brightness of the emitting diodes. The driver must provide the LEDs with the current they need to maintain the required brightness.

One of the important characteristics of the driver is the power that the device provides in the form of a load. The choice of driver power is influenced by the power of each LED device, the total number and color of the LEDs. The algorithm for calculating power is that the maximum power of the device should not be lower than the consumption of all LEDs:

where P (led) is the power of a single LED source, and n is the number of LEDs.

In addition, a mandatory condition must be met, under which a power reserve in the range of 25-30% would be provided. Thus, the value of the maximum power should not be less than the value (1.3 x P).

You should also take into account the color characteristics of the LEDs. After all, semiconductor crystals of different color have a different magnitude of the voltage drop when a current of the same force passes through them. So the voltage drop of the red LED at a current of 350 mA is 1.9-2.4 V, then the average value of its power will be 0.75 W. In the analogue of green color, the voltage drop is in the range of 3.3 to 3.9V and at the same current the power will be 1.25 watts. This means that you can connect 16 red LED sources or 9 green LEDs to the driver for 12V LEDs.

Helpful advice! When choosing a driver for LEDs, experts advise not to neglect the maximum power value of the device. 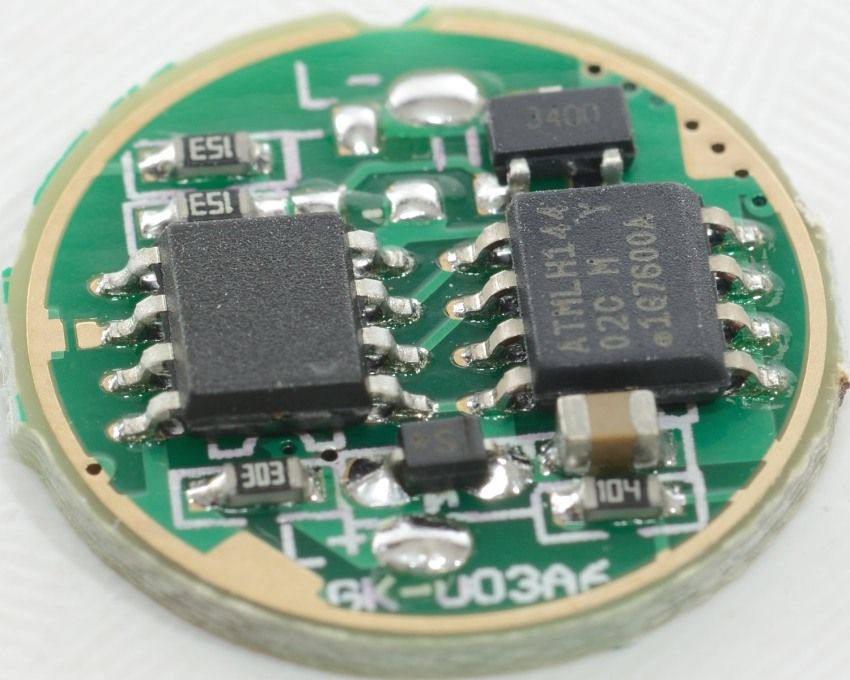 Drivers for LEDs are classified by type of device into linear and pulsed. The structure and typical driver circuit for linear type LEDs is a current generator on a p-channel transistor. Such devices provide smooth current stabilization under the condition of unstable voltage on the input channel. They are simple and cheap devices, however, they are characterized by low efficiency, emit a lot of heat during operation and cannot be used as drivers for high-power LEDs.

Pulse devices create a series of high-frequency pulses in the output channel. Their operation is based on the PWM principle (pulse width modulation), when the average output current is determined by the fill factor, i.e. ratio of the pulse duration to the number of its repetitions. The change in the average output current occurs due to the fact that the frequency of the pulses remains unchanged, and the duty cycle varies from 10-80%.

Due to the high conversion efficiency (up to 95%) and compactness of the devices, they are widely used for portable LED designs. In addition, the effectiveness of devices has a positive effect on the duration of the operation of autonomous power devices. Pulse-type converters have compact dimensions and are distinguished by an extensive range of input voltages. The disadvantage of these devices is a high level of electromagnetic interference.

Helpful advice! Acquire a LED driver should be at the stage of choosing LED sources, having previously determined the scheme of LEDs from 220 volts. 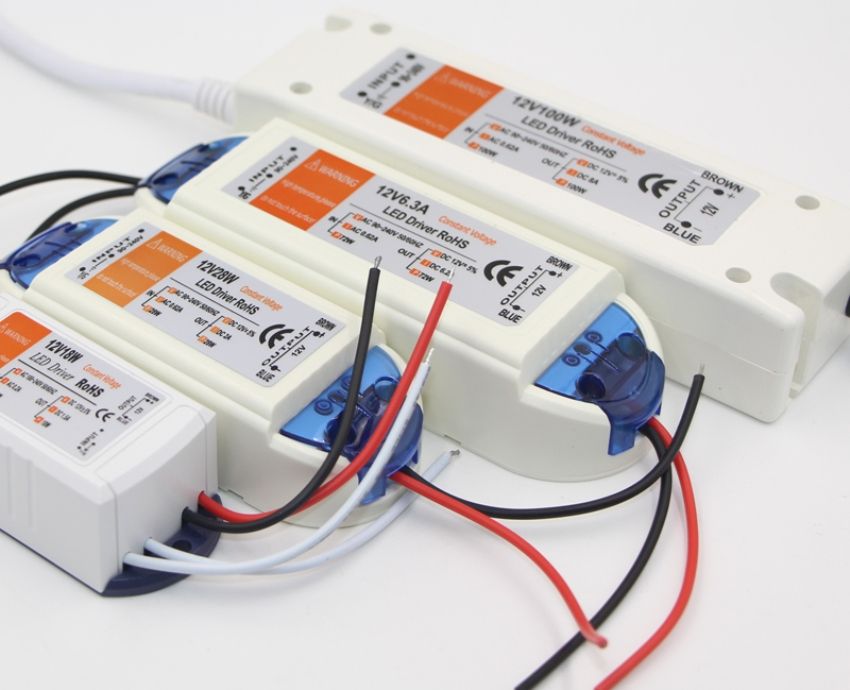 Before you choose a driver for the LEDs, you need to know the conditions of its operation and the location of the LED devices. Pulse-width drivers, which are based on a single chip, have miniature dimensions and are powered by autonomous low-voltage sources. The main application of these devices is car tuning and LED lights. However, due to the use of a simplified electronic circuit, the quality of such converters is somewhat lower.

Modern LED drivers are compatible with devices that control the brightness of semiconductor devices. Using dimmable drivers allows you to control the level of illumination in rooms: reduce the intensity of the glow in the daytime, emphasize or hide certain elements in the interior, zone the space. This, in turn, makes it possible not only to rationally use electricity, but also to save the resource of the LED light source.

Dimmable drivers are of two types. Some are connected between the power supply and LED-sources. Such devices control the energy supplied from the power source to the LEDs. Such devices are based on PWM control, in which energy is supplied to the load in the form of pulses. The duration of the pulses determines the amount of energy from the minimum to the maximum value. Drivers of this type are used mostly for LED modules with fixed voltage, such as LED strips, creeping lines, etc. 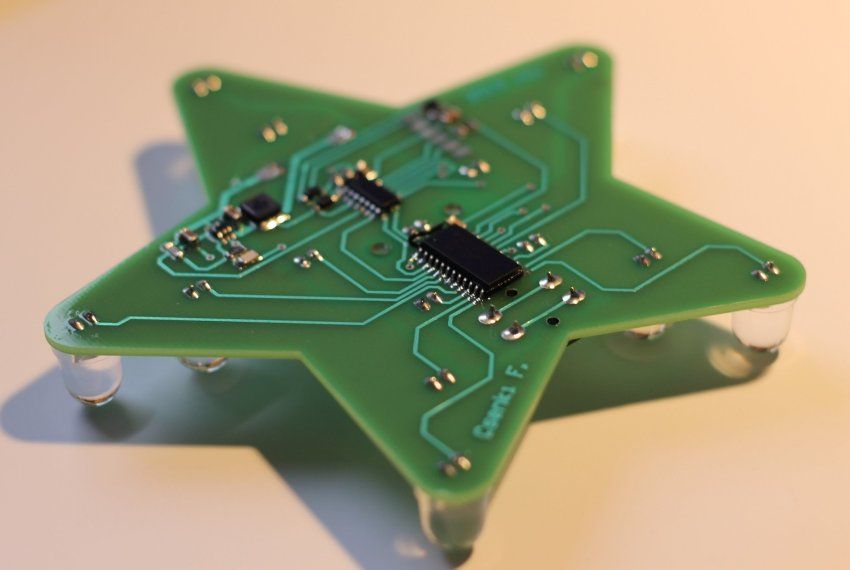 The dimmable transducers of the second type directly control the power supply. The principle of their work consists both in PWM regulation and in control of the current flowing through the LEDs. Dimmable drivers of this type are used for LED-devices with a stabilized current. It is worth noting that when controlling LEDs by means of PWM control, effects that are negatively affecting vision are observed.

Comparing these two methods of regulation, it is worth noting that when regulating the amount of current through LED sources, there is not only a change in the brightness of the glow, but also a change in the color of the glow. So, white LEDs emit yellowish light at a lower current, and with an increase they glow blue. When controlling LEDs by means of PWM regulation, effects that are negatively affecting vision and a high level of electromagnetic interference are observed. In this regard, PWM control is used quite rarely, unlike current control.

Many manufacturers produce driver chips for LEDs that allow powering sources from undervoltage. All existing drivers are divided into simple, made on the basis of 1-3 transistors and more complex using special chips with pulse-width modulation.

ON Semiconductor offers a wide choice of chips as a base for drivers. They are distinguished by an acceptable cost, excellent conversion efficiency, efficiency and low level of electromagnetic pulses. The manufacturer provides the driver of the pulse type UC3845 with the value of the output current up to 1A. On such a chip, you can implement a driver circuit for a 10W LED.

Electronic components HV9910 (Supertex) are a popular chip for drivers, thanks to a simple circuit resolution and low price. It has a built-in voltage regulator and outputs for implementing brightness control, as well as an output for programming the switching frequency. The output current value is up to 0.01A. On this chip, it is possible to implement a simple driver for LEDs.

Based on the chip UCC28810 (pr-in Texas Instruments), you can create a driver circuit for high-power LEDs. In this scheme, the LED driver can generate an output voltage of 70-85V for LED modules consisting of 28 LED sources with a current of 3 A.

Helpful advice! If you are planning to buy 10W high-brightness LEDs, for the designs of them you can use a pulse driver on the UCC28810 microcircuit. 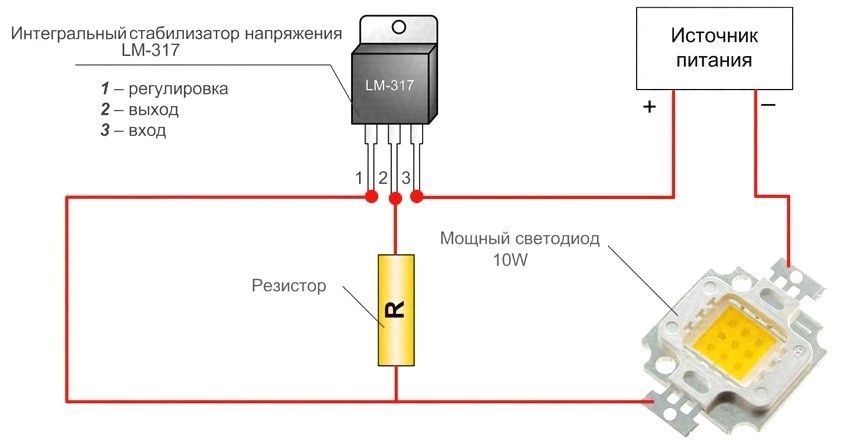 Clare proposes the creation of a simple pulse type driver based on the CPC 9909 chip. It includes a converter controller housed in a compact package. Due to the built-in voltage regulator, the converter can be powered from 8-550V voltage. The CPC 9909 chip allows the driver to be operated in a wide variation of temperature conditions from -50 to 80 ° С.

The market offers a wide range of drivers for LEDs from different manufacturers. Many of them, especially those made in China, have a low price. However, buying such devices is not always beneficial, since most of them do not meet the stated characteristics. In addition, such drivers are not accompanied by a guarantee, and in the event of a defect, they cannot be returned or replaced with quality ones.

So there is a possibility of acquiring a driver, the declared power of which is 50 W. However, in practice it turns out that this characteristic has a non-constant character and this power is only short-lived. In reality, such a device will work as LED-driver 30W or a maximum of 40W. It may also be that the stuffing will lack some components that are responsible for the stable operation of the driver. In addition, components of low quality and low service life can be used, which is essentially a marriage. 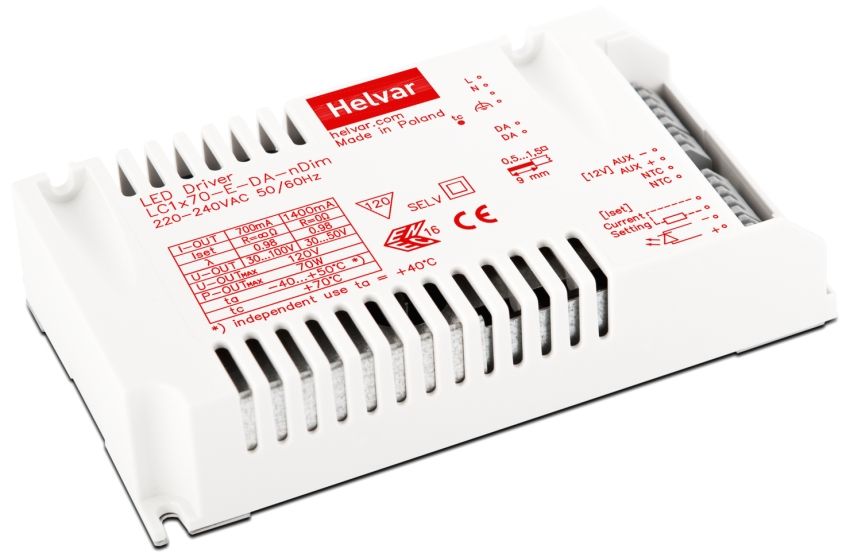 When buying, you should pay attention to the indication of the brand of the product. On a quality product, a manufacturer who will provide a guarantee and will be ready to be responsible for their products will be indicated. It should be noted that the service life of drivers from proven manufacturers will be much longer. Below is the estimated time of the driver, depending on the manufacturer:

Helpful advice! What quality will LED driver – you choose. However, it should be noted that it is especially important to purchase a brand-name converter if it is a question of using it for LED projectors and high-power fixtures. 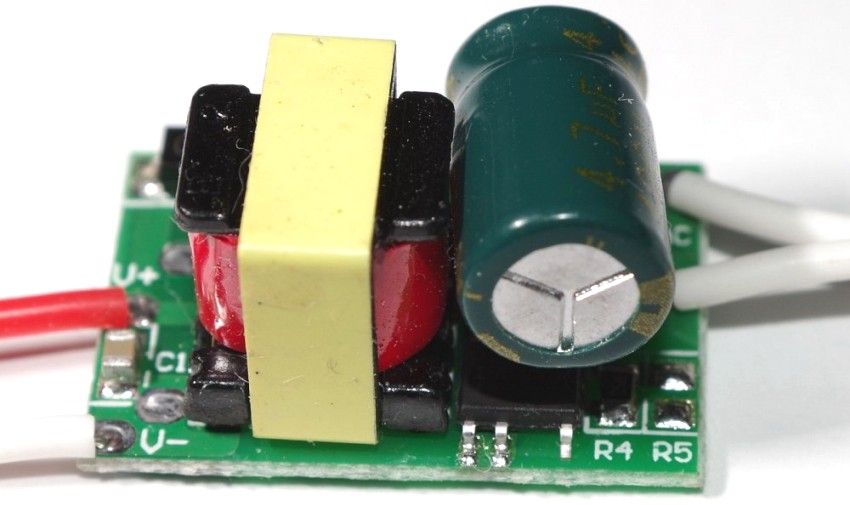 To determine the voltage at the output of the LED driver, it is necessary to calculate the ratio of power (W) to current value (A). For example, the driver has the following characteristics: power 3 W and current 0.3 A. The calculated ratio is 10V. Thus, this will be the maximum value of the output voltage of this converter.

Variants of finishing the attic with their own hands, photos of which are striking

In order for the interior lighting to work according to the chosen scenario, special
A unique offer for you

Air ducts for ventilation. Installation, operation and maintenance of systems

Warming the ceiling in a house with a cold roof: common methods

Slopes on the installed plastic windows do it yourself: video and installation instructions

Sliding bath screen: the best solution for a small bathroom