Today, many owners of country houses are looking for alternative sources of electricity. Installing solar panels is gradually gaining its popularity. However, not everyone can afford to purchase expensive equipment. Therefore, many are wondering: how to make solar panels do it yourself? The correct answer will be revealed in this article. 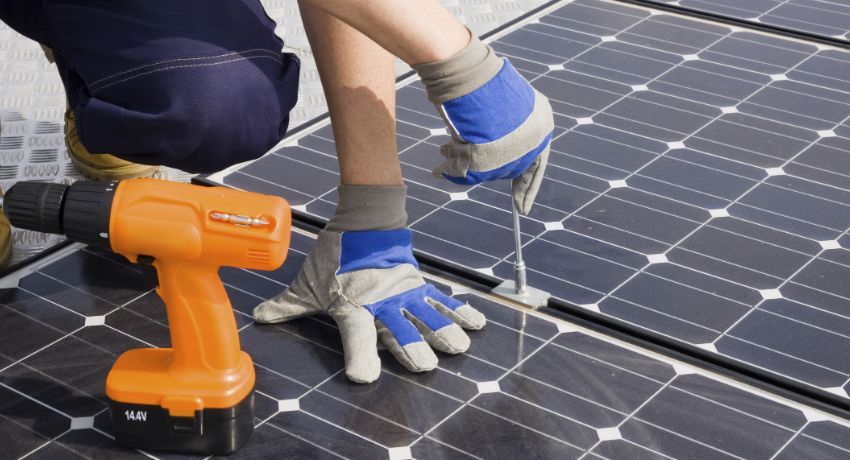 What is a solar battery?

A solar cell is a semiconductor device that converts solar radiation into electrical energy. The main task of such a system is reliable, economical and uninterrupted power supply at home. Such devices should be installed in areas where there are interruptions in the supply from the main source of electricity. 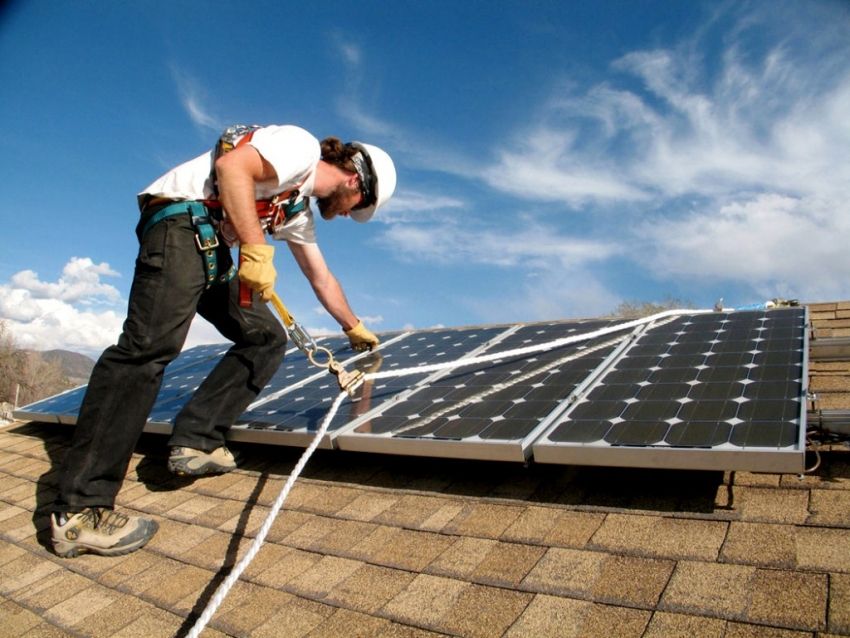 The main advantages of the solar battery are:

Disadvantages of a solar panel: 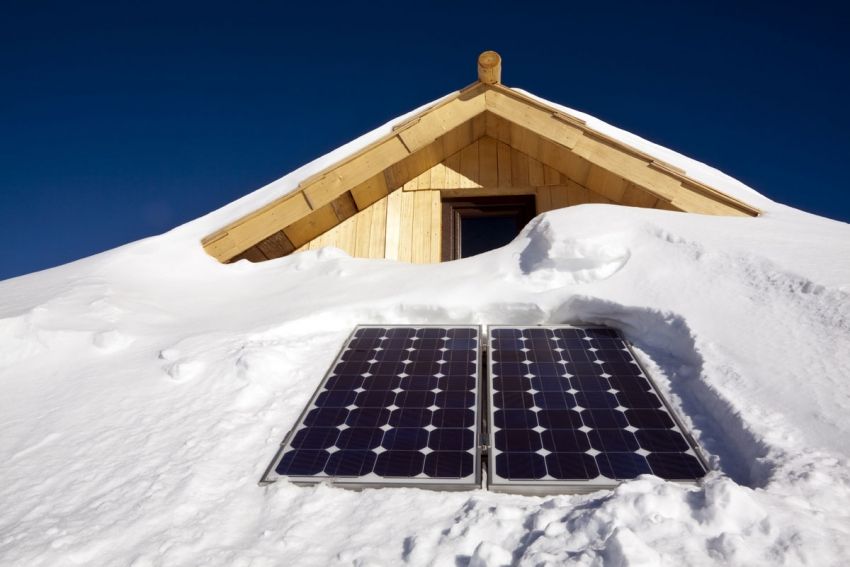 The system works through photoelectric converters, which are connected in a specific sequence. Each phototransducer consists of two silicon wafers, which differ in the type of conductivity. One is coated with phosphorus, which results in the formation of an excess of negatively charged electrons. Another plate is covered with boron, which leads to the formation of particles, so-called “holes”, which are absent in the layer of negative charges.

The principle of operation of the inexhaustible source of alternative energy is as follows: sunlight falls on the negatively charged panel, which leads to the active formation of additional “holes” and electrons. On the panel coated with phosphorus, there is an electric field, due to which a potential difference appears. Positively charged particles rush into the upper layer, and the negatively charged particles are sent to the bottom. Constant stress is created. It turns out that one converter works like a battery. A constant current occurs in the circuit when a load is connected to it. Each battery is covered with thin copper veins, diverting current and directing it to the destination.

The strength of the current depends on certain parameters: 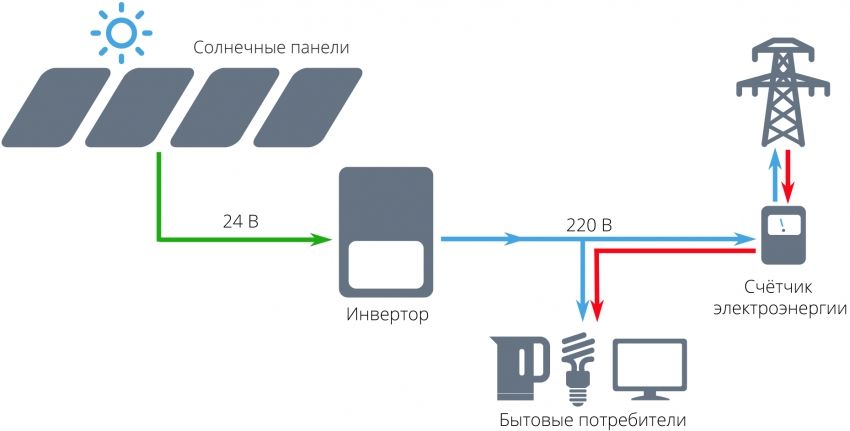 All solar panels can be silicon or film. Panels, the basis for which is silicon, are divided into types:

A polycrystalline solar battery is a square device in dark blue. Its surface has inclusions of heterogeneous silicon crystals. Despite the low efficiency of 18%, this device has the ability to produce current during cloudy weather, which makes them indispensable in areas where scattered sunlight prevails.

Monocrystalline solar energy converters are represented by black panels with beveled corners for which pure silicon is used. All cells of the device are directed in one direction, which allows you to get the maximum efficiency of 25%. The disadvantage of such batteries is that their front side should always be facing the sun. If it did not manage to ascend, hid behind the clouds and sank below the horizon, the solar panels will produce a current of weak power. This is the most expensive, but also providing maximum performance, the type of device. Each amorphous battery consists of a set of the thinnest layers of silicon, which are obtained by spraying the smallest particles of material on glass, plastic or foil. Such layers quickly fade, which in six months leads to a drop in the efficiency of the device by 15-20%. The efficiency of such converters is only 6%. They are the cheapest and are able to work even in cloudy weather. However, their maximum lifespan is 2 years.

The basis of film batteries is not a solid substrate of metal or glass, but a polymer film. Therefore, they are available in rolls, which allows you to spread batteries over large areas. Due to their design, they can be cut into parts of different shape and size, and place solar panels on the roof of a house with smooth curves. They are compact and lightweight. The rolled panel will cost much cheaper than silicon, for the manufacture of which uses expensive material. However, such models are less powerful. To buy them today is not easy, because production is only developing.

All solar batteries, regardless of the type of device, are equipped with controllers that monitor the charge level of the panel. They redistribute the received energy, directing it to the source of consumption directly or storing it in the battery. Such an alternative to traditional power supply is very practical. In addition, the price of the device is significantly different from the cost of electricity. Having made a solar battery for the house with his own hands, the owner will be able to optimize power consumption and thereby reduce his own cash costs. Many people want to know in advance how much it will cost to install solar panels for a private house. To do this, it is necessary to carry out preliminary calculations, where the necessary equipment power and the conditions of its operation are determined.

We should start by calculating the amount of energy consumed, which is necessary for housing. Creating a full-fledged station, you should focus on batteries of 150-250 W, for a country house there will be enough panels of 50 watts.

Now you should calculate the total power of all electrical appliances, taking into account the time of work per day. The resulting value is the minimum electricity demand for this household. 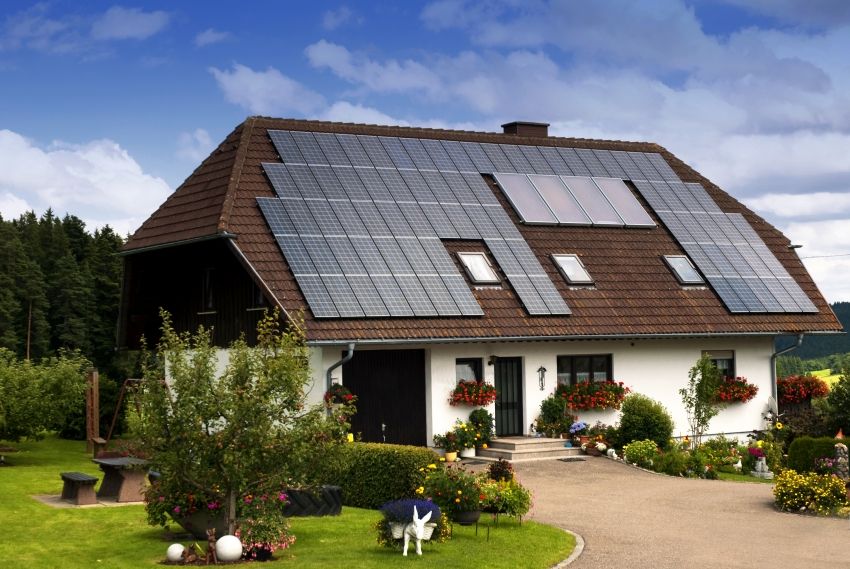 This value is the basis for the subsequent determination of the number of solar panels and the number of accessories, which include batteries, inverters and controllers.

Helpful advice! To the total electricity demand is to add another 20%, which is spent in the batteries themselves.

An important aspect is insolation, i.e. the amount of solar energy that falls on a separate unit area of ​​the panels. This value is individual for each specific region. You can get it in the special literature or on specialized meteorological sites. 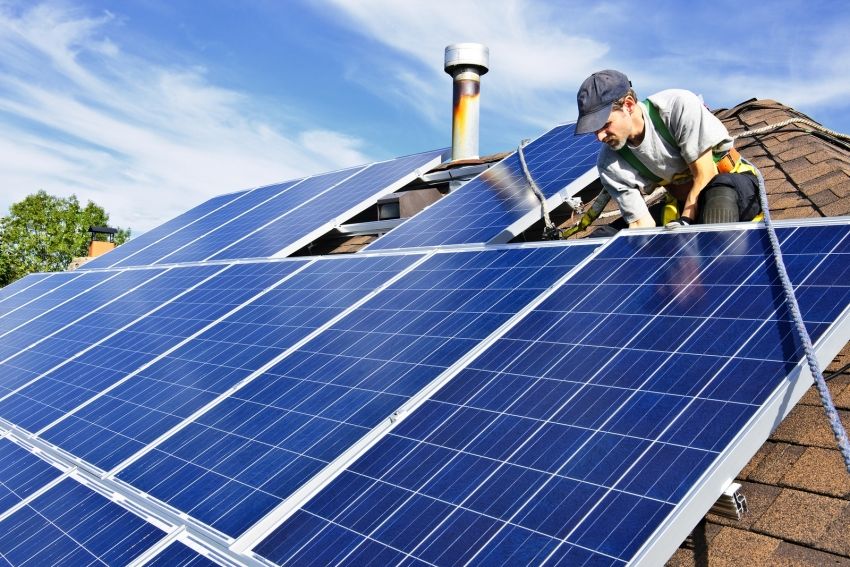 Helpful advice! Since insolation is constantly changing, calculations should be carried out monthly.

For example, if you need to know how much solar panels you need for a house of 100 sq.m., where the station will power the lighting bulbs, a laptop, a TV, a satellite dish, a microwave oven and an electric stove, you should perform all the above calculations. As a result, the power of the solar station will be approximately equal to 1000 W, which implies the use of 4 solar panels with a power of 250 W each.

The panel should be located on the southern part of the roof, which should be in perfect condition and able to withstand a substantial load. There should be no nearby trees or other objects that create shadow.

Such a system can be used not only for power supply. Greater popularity is gained by solar heating of a private house. This allows you to get away from expensive services associated with centralized gas supply, get rid of dependence on utilities, and receive year-round heat throughout the long life of the solar power plant. The installation of such a system is advisable only for those regions where the sun shines at least 20 days a month. If the sun is not enough for the system to provide full heating for the house, it can be used as an additional free source. Properly selected system of solar panels for home heating will pay for itself in 3-4 years.

Thanks to the many positive reviews about the alternative source of electricity, it is possible to dispel the myths that bother potential applicants to install solar panels.

Many people think that such expensive equipment will not pay for itself during the entire service life of the installation. However, as practice shows, with proper installation of solar panels in compliance with all the rules, you can provide a private house with electricity for at least 25 years. And the cost of equipment will pay off in 3-4 years. 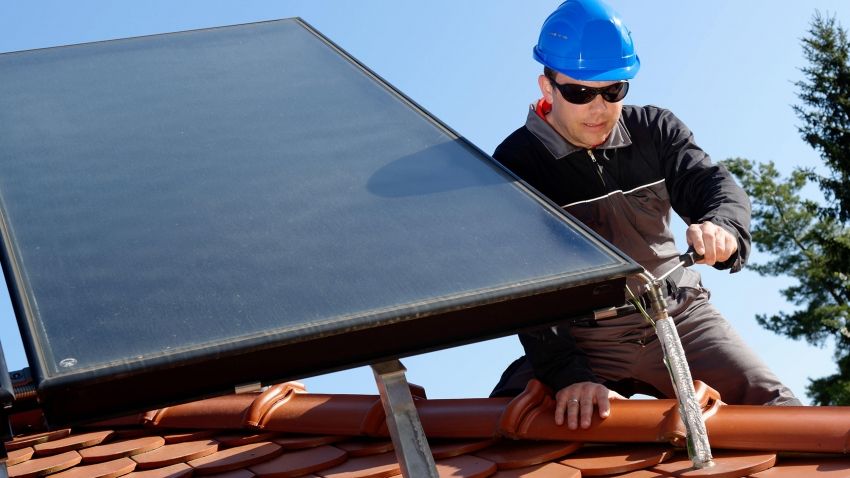 The following myth implies the inefficient operation of solar cells in cloudy weather or in the winter period of time. However, consumer opinions converge on the fact that the solar collectors are able to manifest maximum activity during the stay of the sun at its zenith in cloudless weather. But when the sun hides behind the clouds, the panels will work, but not in full. The installation completely stops working at night when the sunlight is completely absent. 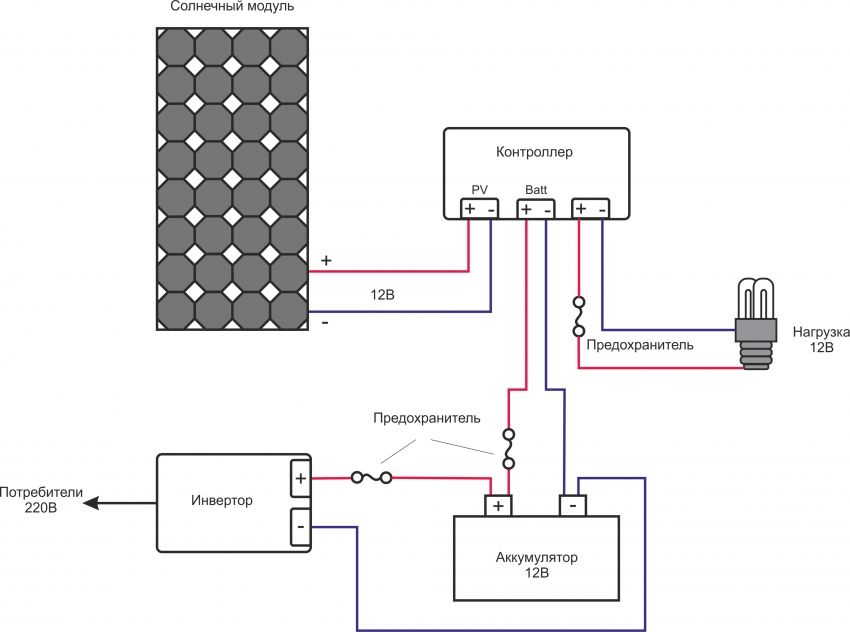 Helpful advice! To avoid a short circuit between the load and the individual elements of the battery, it is necessary to install fuses.

Virtually every homeowner is keen to get free electricity. Installing solar panels is the most acceptable option. With this device you can create a main (without a centralized power supply) and an additional source of electrical energy. The system is environmentally friendly and reliable to use. The main disadvantage is expensive equipment. However, its cost will pay off in 3-5 years.

The ceiling in the bathroom: photo options for finishing, their strengths and weaknesses, design

For autonomous heating of country houses, you can use various methods. Most often, the
A unique offer for you

Do it yourself gates. Drawings, photos and video

What professional flooring to choose for the roof: brands and types

Heating options for a private house

Mirror tile with fatsety: an unusual transformation of the interior

Tile for the apron in the kitchen. Photo tiles of different types and styles