The gable roof has been widely used in Russian construction for many years. It has many functional advantages, but is easy to manufacture. The design is based on two opposite sections connected by a ridge. Recommended wherever investors want a large loft. 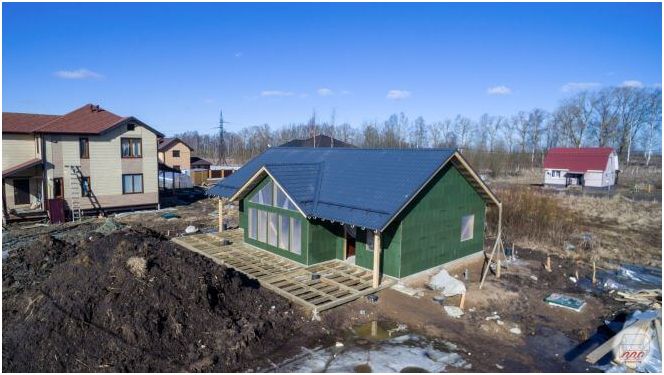 A gable roof of a private house is a unique design. These are two opposite sections connected by a ridge. It is distinguished by the presence of triangular side walls, called a pediment, which cover the roof structure in planes perpendicular to the ridge..

Often a gable roof is symmetrical, this is the case when the roof slopes are the same, and also sloped at the same angle. When there is no such identical slope, it turns out to be asymmetric.

The device of a gable roof of a private house

Currently, such structures are being built when investors want to equip an attic, and there is more space under the two ramps. Construction is as simple as joining two rectangular ramps in a ridge parallel to the width of the building. In the case of such a roof, the side walls of the building, called gable, are triangular in their upper part. At the gable walls themselves, the attic reaches a height of more than 2 m. Windows can also be placed in the gable walls. This is a great way to illuminate an attic without directly affecting the roof surface..

How much does construction cost? 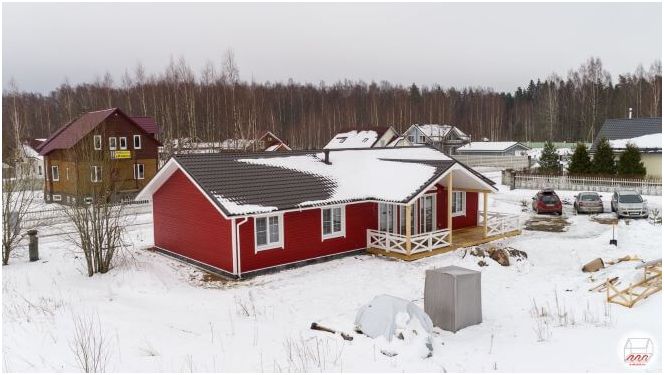 The cost of such construction is slightly higher than that of classic flat roofs. However, any type of roofing can be used for a gable roof. Shingles, straw, tiles and even medium-quality sheet metal are perfect for this..

Gable roof angle – what to look for?

During construction, it is often problematic to find a suitable slope angle. In practice, the slope angle in the analyzed roof shape is determined by the way the attic is built. If an investor wants to have an expansive attic, he must have a steeper roof than if he only had a one-story house. In houses under construction with an attic, gable roofs usually have a slope of up to 45 degrees. This slope ensures that the appropriate proportions between the roof and the roof are maintained. In the case of one-story houses without an attic, the slope has a much smaller slope..

House with a gable roof – finishing

The right finish is also important. In the case of an attic, for proper lighting, it is worth installing windows in a gable wall, especially in a small house. Facade windows can be an important source of light in large homes. 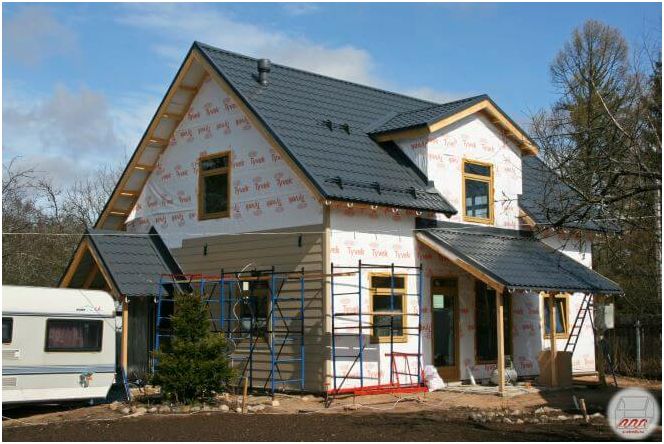 There are many types of gable roofs. The first type – the so-called classic gable roof is distinguished by a pediment with a cornice trimmed with soffit, and the side of the windbreaker is improved by waterproofing. Another option is when the gable wall has a cornice, and above the cornice there is a fragment of the wall, called the upper half-front..

A gable roof has been a common building solution in Russia for many years. It is now observed that many houses undergoing major renovations have such a roof. The cost of repairs is primarily determined by whether it is necessary to make a new truss structure. If during the repair there is no need to create a rafter structure, but only need to strengthen it, the total cost of repairing such a roof will be much lower. However, before starting repairs or construction, it is worth asking several construction companies for their assessment. This will allow you to choose the best offer and incur the lowest cost of repair or construction of the roof..

At the same time, a gable roof does not necessarily mean a banal roof structure. Modern solutions are currently in vogue. They are distinguished by the installation of glass or modern windows in attics..

Variants of finishing the attic with their own hands, photos of which are striking

The kitchen is the center of the home. Not only the smell of coffee
A unique offer for you

Projects bath with a gazebo under one roof: the best ideas for implementation

Children’s pools for giving: the sea of ​​pleasure for kids
How to install fence spans

Chipboard grooved waterproof: a new development in the market of building materials

Which inverter welding machine is better: the rating of popular models
How to properly putty the walls in the house